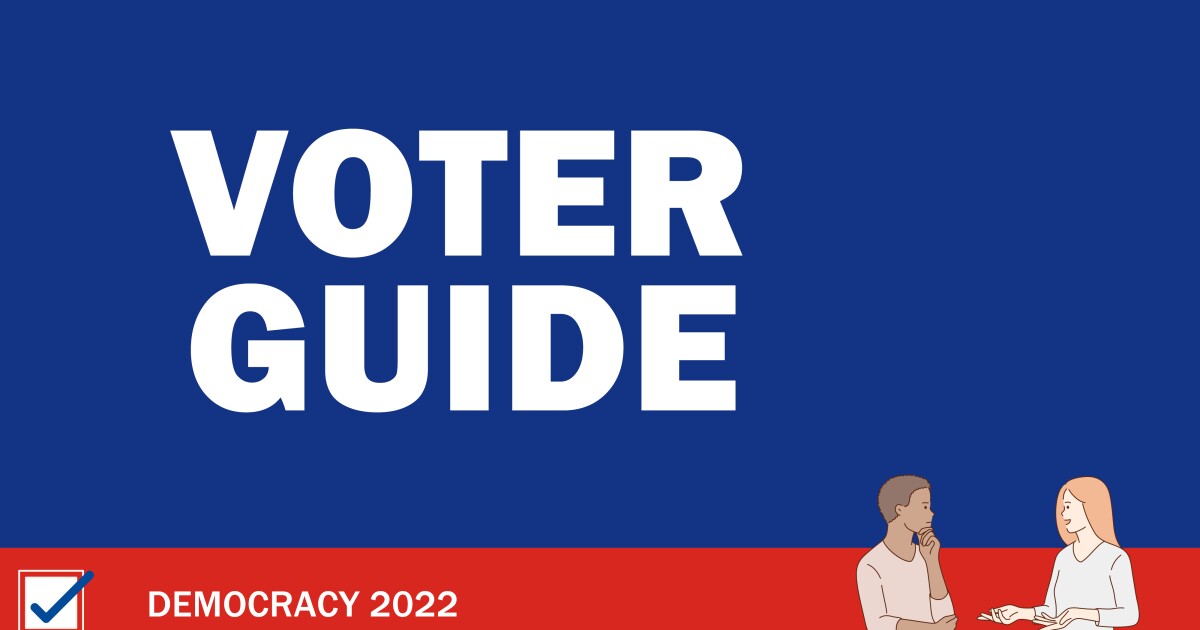 It has been said that every election is the most important one in a generation — until the next election comes around. This year, however, may come closer to that old proverb than in previous years.

The threats to American democracy that were so vividly illustrated on Jan. 6, 2021, in the nation’s capitol attest to that.

In Florida, races for governor, senator and congressional seats will be decided this year. And a host of local races for state Senate, the House of Representatives, county commissions and school boards are vying for your attention, as well.

Here’s a list of some of the things you’ll need to know:

You can register to vote online here.

To be eligible to vote, you must:

You will also need:

The deadline to register for an upcoming election is 29 days before that election.

Voters can obtain a mail-in ballot through their county’s Supervisors of Elections offices. The deadlines to obtain a ballot are Aug. 13 (for the primary election) and Oct. 29 (for the general election).

Click on your county for information on requesting a mail-in ballot:

Voters will have an eight-day window where they can cast their ballots at their local polling places ahead of the primary and general elections:

Each county Supervisor of Elections may offer more days of early voting from one or more of the following days:

Check with your county Supervisor of Election office for available dates.

Two Congressional districts in the region should be hotly contested.

Eight people have qualified for a newly redrawn congressional district that includes western St. Petersburg and southern Pinellas County. On the Republican side are Anna Paulina Luna, Amanda Makki, Kevin Hayslett and Christine Quinn, who ran against Tampa Democrat Kathy Castor two years ago. The winner of August’s primary will face Eric Lynn, the sole Democrat to qualify. State Rep. Ben Diamond and Michele Rayner dropped out after being drawn out of the district.

Governor:
The big election statewide this year will pit Republican Gov. Ron DeSantis against the winner of the Democratic primary, which includes Congressman and former Gov. Charlie Crist and Agriculture Commissioner Nicole “Nikki” Fried, the only Democrat currently serving in statewide office.

Commissioner of Agriculture:
The winner of this crowded field will replace incumbent Democrat Nikki Fried, who is running in the primary for governor.

Democrats vying in the primary include Naomi Esther Blemur of North Miami; J. R. Gaillot of Gainesville; and Ryan Morales of Clermont.

You can find a complete list of candidates here.

There are three Constitutional amendments on the statewide ballot this year:

Limitation on Assessment of Real Property Used for Residential Purposes
This would prohibit the consideration of any change or improvement made to real property used for residential purposes to improve the property’s resistance to flood damage in determining the assessed value of such property for ad valorem taxation purposes.

Funding for schools is a big issue this primary election, including votes to increase property taxes to help fund public schools in Hillsborough and Pasco County.

And in November, voters in Polk County will be asked to revive a program that would use an increase in property taxes to help protect environmentally sensitive lands:

School tax referendum
The School Board of Hillsborough County wants to levy an additional tax of ad valorem operating millage of 1 mil annually (one dollar of tax for each $1,000 of assessment) from July 1, 2023, through June 30, 2027, to help recruit and retain highly qualified teachers and staff; expand art, music, and physical education; and expand workforce development, sharing funds with charter schools.

School tax referendum
The District School Board of Pasco County would levy an additional operational ad valorem millage not to exceed one mill beginning July 1, 2023, and ending no later than June 30, 2027, for essential operating expenses to maintain salaries competitive with the market, attract and retain high-quality teachers, bus drivers, and other non-administrative school support employees.

Environmental lands referendum
The group “Polk Forever” wants to resurrect a property tax that was in place from 1994 to 2015. It would levy a tax of 20 cents per $1,000 on taxable property for 20 years. It is estimated this would cost the average Polk homeowner $30 a year.

Polk’s Environmental Lands Program has been able to finance the protection of more than 26,000 acres all over Polk County since voters approved the original tax referendum in 1994.