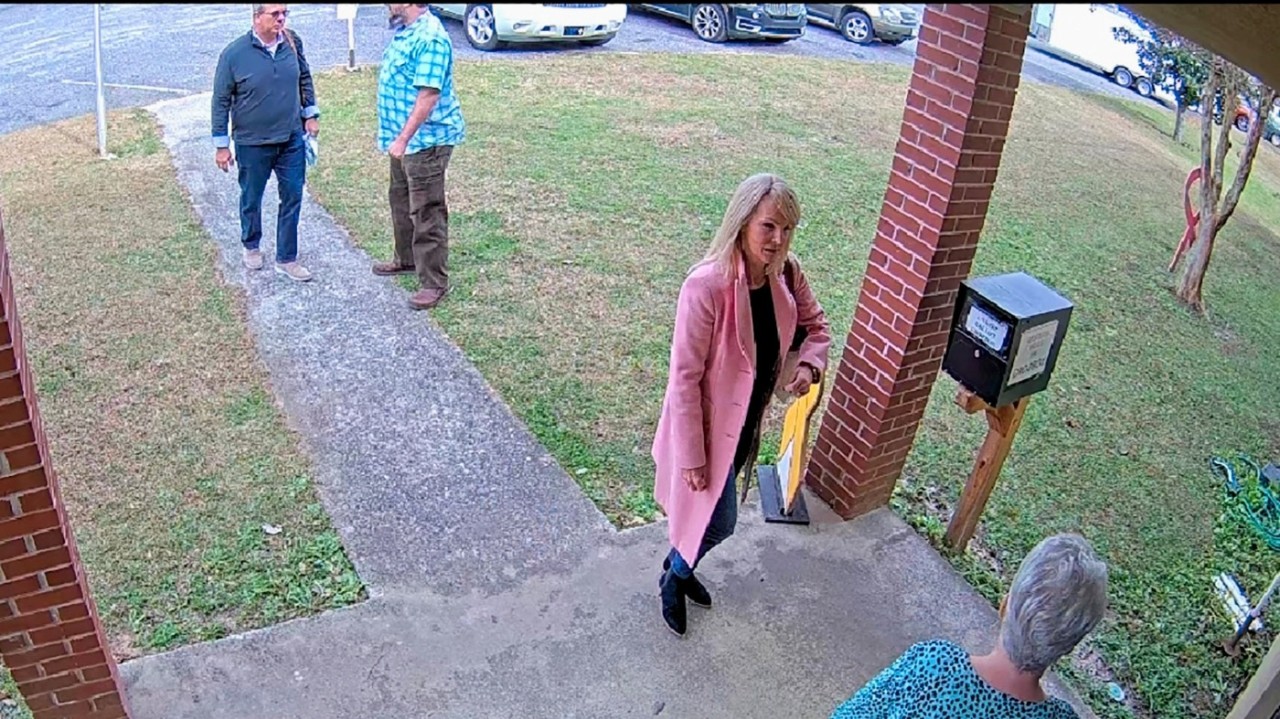 New footage shows a forensics team working for allies of former President Trump spent hours handling voting equipment in a Georgia county elections office on Jan. 7, 2021, two months after the 2020 presidential election and the day after riots at the U.S. Capitol over the results.

According to reports from The Washington Post and The New York Times, the videos show the Trump contractors copying data from voting machines in rural Coffee County, Georgia, as they handled poll pads with sensitive voter data.

The videos of Latham in the office, interacting with the forensics team, contradict her prior sworn testimony that she had stopped by the building but not gone into the office, according to the reports.

Latham was a “fake elector” in 2020, one of a handful of state Republicans who signed a certificate shortly after the 2020 election falsely asserting that then-candidate Trump had won Georgia.

A recent court filing argues Latham helped to coordinate the Trump-aligned forensics team on Jan. 7 and instructed them throughout the day as they copied the voter machines, according to The Associated Press.

The release of the videos comes amid a wider criminal investigation into efforts by Trump and his allies to overturn the 2020 election results in Georgia.

Among the group of forensics experts that arrived in Coffee County that day were members of SullivanStrickler, a firm reportedly hired by Trump adviser Sidney Powell. Investigators from the office of Georgia Secretary of State Brad Raffensperger also appear on the videos — a spokesman for his office told the New York Times he had “no idea” why they were there.

Trump called Raffensperger after the election to ask him to find votes that would overturn his loss to now-President Biden in the state.

A Georgia special grand jury, led by Fulton County District Attorney Fani Willis, is looking into those and other efforts by the former president and his allies to challenge the 2020 election.

Latham and other 2020 fake electors were subpoenaed as part of the DA’s probe in July, according to a filing shared by Georgia Public Broadcasting.