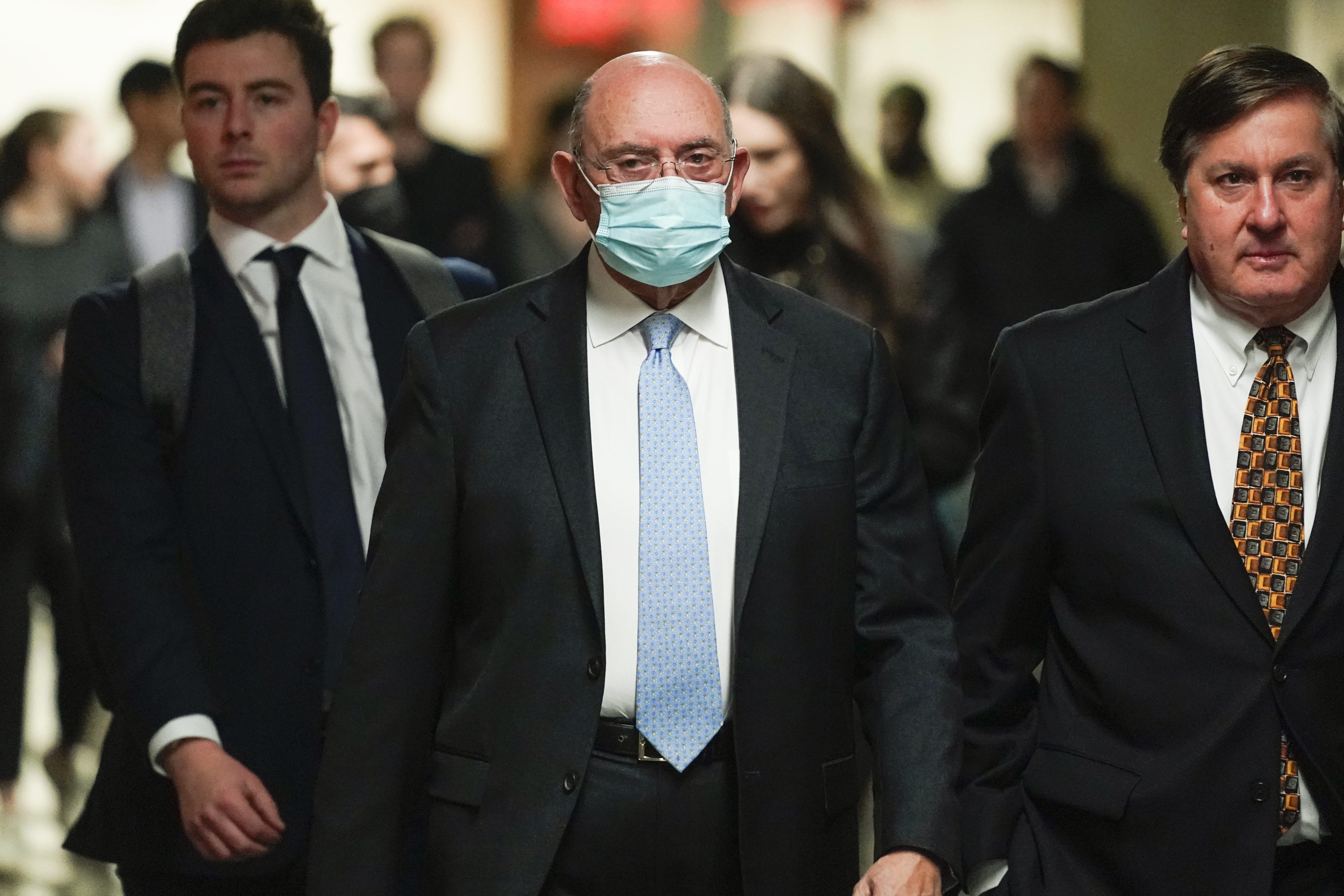 “I told him [Eric Trump] since the practice was no longer going on, I would need the additional income to pay for those expenses,” Weisselberg said.

The Trump organization is accused of providing Weisselberg and other executives with untaxed lavish perks, including apartments, luxury cars and private school tuition. Weisselberg has said that he and other executives knew the practices were illegal before bringing them to an end when Trump took office as president. He had received a free apartment on the Upper West Side, a Mercedes Benz for himself and his wife, and private school tuition for his grandchildren.

Weisselberg has said the company’s controller, Jeffrey McConney, knew the arrangement was illegal. And he said another Trump executive, chief operating officer Matthew Calamari, also had his expenses paid by the company tax-free.

Prosecutors must convince a jury that Trump Organization units — the Trump Corporation and Trump Payroll Corporation — share responsibility for concealing $1.76 million in compensation. If convicted, the company could be fined. Neither Trump or his children have been accused of wrongdoing.

Defense attorneys have argued that Weisselberg carried out the scheme on his own. On Friday, they suggested that Weisselberg, who court appearances are part of a plea deal, was trying to avoid jail time by testifying.

“What is in my mind is to tell the truth at this trial,” Weisselberg responded.