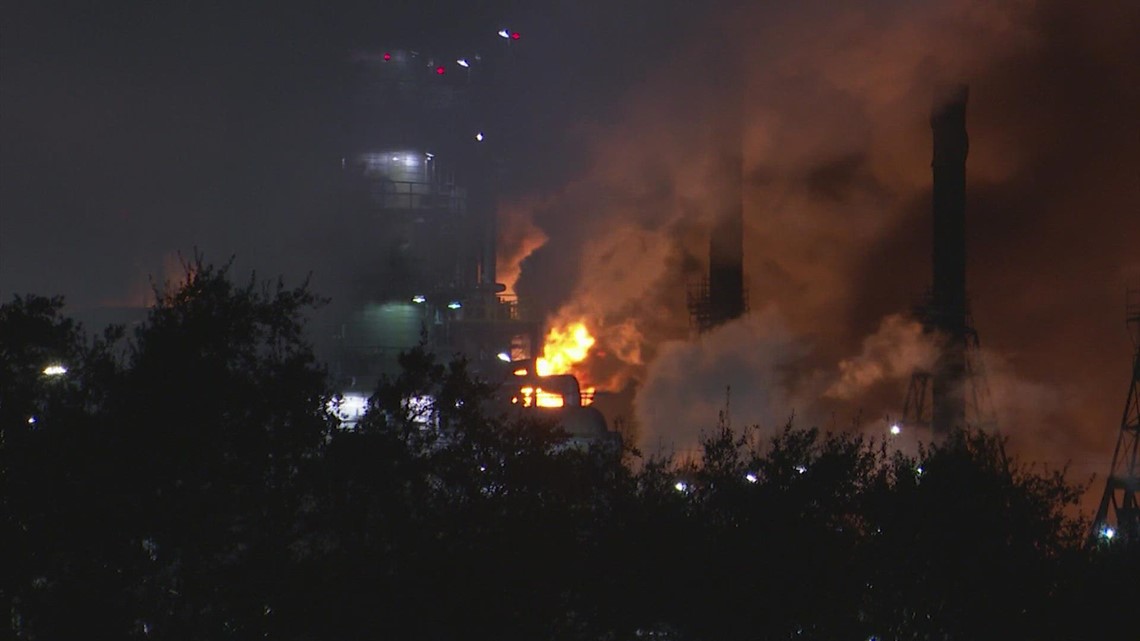 The company is conducting air monitoring. So far, there have been no shelter-in-place or evacuation orders.

BAYTOWN, Texas — We have breaking news out of Baytown where crews are responding to a fire at ExxonMobil’s Baytown refinery.

According to ExxonMobil, four people were injured in the fire, which started at around 1 a.m.  Sheriff Ed Gonzalez said three of the injured workers were taken to the hospital by Life Flight. One other was taken by ground ambulance.

ExxonMobil says all other employees are accounted for and those who were hospitalized are reportedly stable.

We’re told it happened in the part of the refinery that produces gasoline. While employees have evacuated that section, the rest of the plant is still in operation.

Gonzalez says there are no reports of any shelter-in-place orders or evacuations.

We’ve gotten multiple viewer reports of the fire. One person sent us video, which is below.

ExxonMobil released the following statement to us:

“A fire has occurred at the Baytown Refinery.  Our fire teams are working to extinguish the fire. We are conducting personnel accounting.

Our first priority remains the safety of people, including our employees, contractors and the surrounding community.

As a precaution, we are beginning to conduct air quality monitoring at the site and fence line.

We are cooperating with regulatory agencies.

We deeply regret any disruption or inconvenience that this incident may have caused the community.”

The Harris County Fire Marshal’s Office is investigating reports of an explosion, but not confirming one yet. They also plan to interview those injured at the hospital and survey the area later this morning.

Exxon officials: fire teams are working to extinguish a fire at their Baytown refinery, air quality monitoring being done at the site & fence line “as a precaution”.

Around 1 a.m. on 12/23/2021, a fire occurred at our facility. At this time, emergency vehicles and smoke may be noticeable to the community. We are coordinating with local officials, and working to resolve the issue as soon as possible.

ExxonMobil’s Baytown facility sits on around 3,400 acres along the Houston Ship Channel. It has four manufacturing sites. According to the company’s website, there are around 7,000 employees.

Some facts about the facility from their web site.

This is a breaking story. We’ll continue to monitor and will post any new information as we get it.  Sign up for breaking news notifications on the KHOU 11 news app.