Voters are now less than six months away from choosing which party will control the 118th United States Congress. In this edition of the Fox News Power Rankings, the U.S. Senate race in Ohio firms up for Republican Party nominee JD Vance, while the governor’s map remains intact. 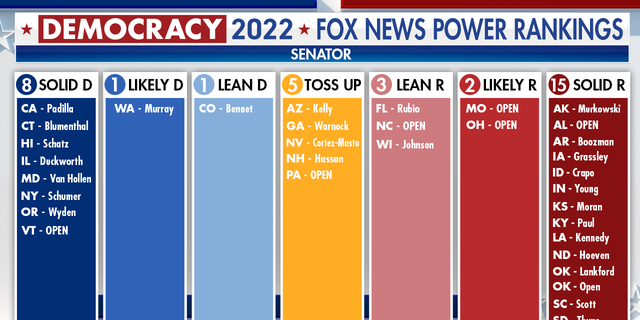 In the end, it wasn’t even close. Vance captured the nomination with 32.2% of the vote (as of this writing), with Mandel and Dolan trailing 8 and 9 points behind, respectively. Just as importantly, turnout in the GOP Senate primary looked very good, with an increase of 37.9% between 2018 and 2022. Turnout in the Democrats’ Senate primary was down 16.8%.

This all puts Vance in a strong position as he moves into the general election.

It is very difficult to see Ohio as a swing state after 2020. White working-class voters, who flipped the Buckeye State for Trump in 2016, stayed loyal to the GOP, solidifying Ohio as right-leaning territory. Vance is running on the same platform that appealed to that bloc. He says his priorities include bringing manufacturing jobs back to America, solving the border crisis, and protecting conservative values, and his consistent praise for the 45th president on the trail won’t hurt.

Vance has also benefited from the support of billionaire Peter Thiel, who injected another $3.5 million into the race after Trump’s endorsement last month. Vance’s prospects may change if Thiel turns off the money spigot, but Vance has since been introduced to a bevy of wealthy Silicon Valley donors and now has the backing of the Republican machine. Expect the GOP to invest significant resources to retain this seat. 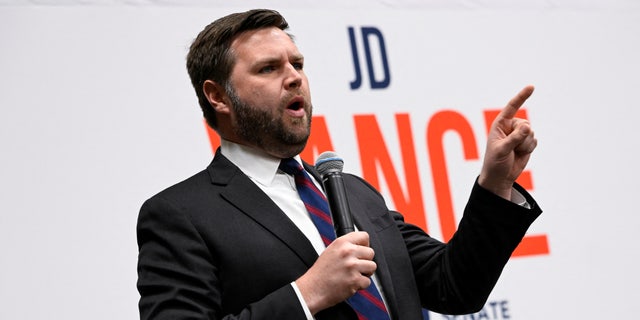 If Vance’s bid fails, it will be because of Democrat Tim Ryan’s disciplined and well-funded campaign. The congressman sailed through his primary and has more than $5 million in cash on hand, according to his latest FEC report. He made waves earlier this year with an ad campaign focused directly on China, telling voters he thought America has been locked in a battle between “capitalism and communism” and “it’s time to fight back.” If Ryan stays focused on issues like jobs and manufacturing, he remains competitive in this race.

Ryan has big problems beyond his control. The first is President Biden, who continues to poll poorly, thus imposing a low ceiling on Ryan’s likely vote share in November. The northeast congressman is clearly aware that Biden’s unpopularity presents an existential challenge. Last week, Ryan told “Special Report” that an appearance from the president in the state would serve only as a “distraction.” Ryan must also contend with the progressive faction of his party. The same China ad earned rebukes from fellow lawmakers and the Asian American Midwest Progressives, who called his rhetoric “misguided at best and violent at worst.”

Put it all together, and Vance has the clear edge in this race. Ohio moves from “Lean R” to “Likely R.” 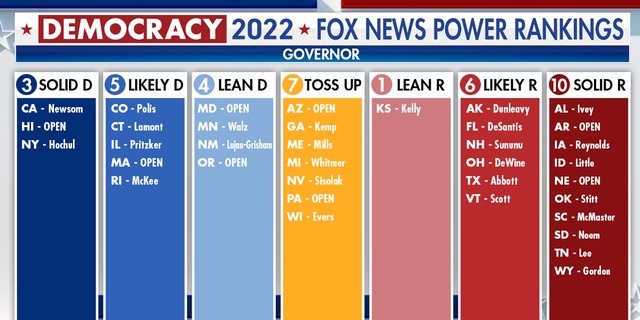 Regular readers will notice that the governor’s board looks the same as it did in March, when Florida shifted right and Massachusetts shifted left. Since then, gubernatorial primaries have taken place in Ohio and Nebraska, which sit comfortably in the “Likely R” and “Solid R” columns, respectively. Otherwise, the fundamentals have not changed. The Democrats will likely flip Massachusetts and they have an edge in Maryland too. The Republicans’ best flip opportunity is in Kansas.

While the governor board is intact today, these ratings are not set in stone. Last week, the nation’s attention turned to the possible overturning of the legal right to an abortion in the United States. If the Supreme Court decides to discard Roe v Wade, the power to regulate abortion will fall to the states. The political impact of that decision will be most keenly felt in close governor races like Pennsylvania, one of seven tossup states on the map. Just before the draft opinion was leaked, a Fox News Poll revealed that 63% of registered voters favor letting Roe stand (27% say it should be overturned). Among Democrats, 77% say it should stand. That may translate into increased Democratic enthusiasm as November nears.

May Madness continues, with Georgia, Pennsylvania primaries still ahead

For now, all eyes are on May 17, when primary voters in five states go to the polls. The GOP Senate race in Pennsylvania will serve as another test of Trump’s influence, with “TV doctor” Mehmet Oz leading by two points in Tuesday’s Fox News Poll (within the margin of sampling error). On the Democratic side, progressive John Fetterman is taking on moderate Rep. Conor Lamb. Keep an eye on the Idaho governor’s race as well, where incumbent Gov. Brad Little is running against the far-right and Trump-endorsed Lt. Gov Janice McGeachin.

On May 24, voters in Georgia decide between incumbent Gov. Brian Kemp and Trump-backed challenger David Perdue. Primaries will also be held in Alabama and Arkansas, while Texas voters head back to the polls for runoffs.