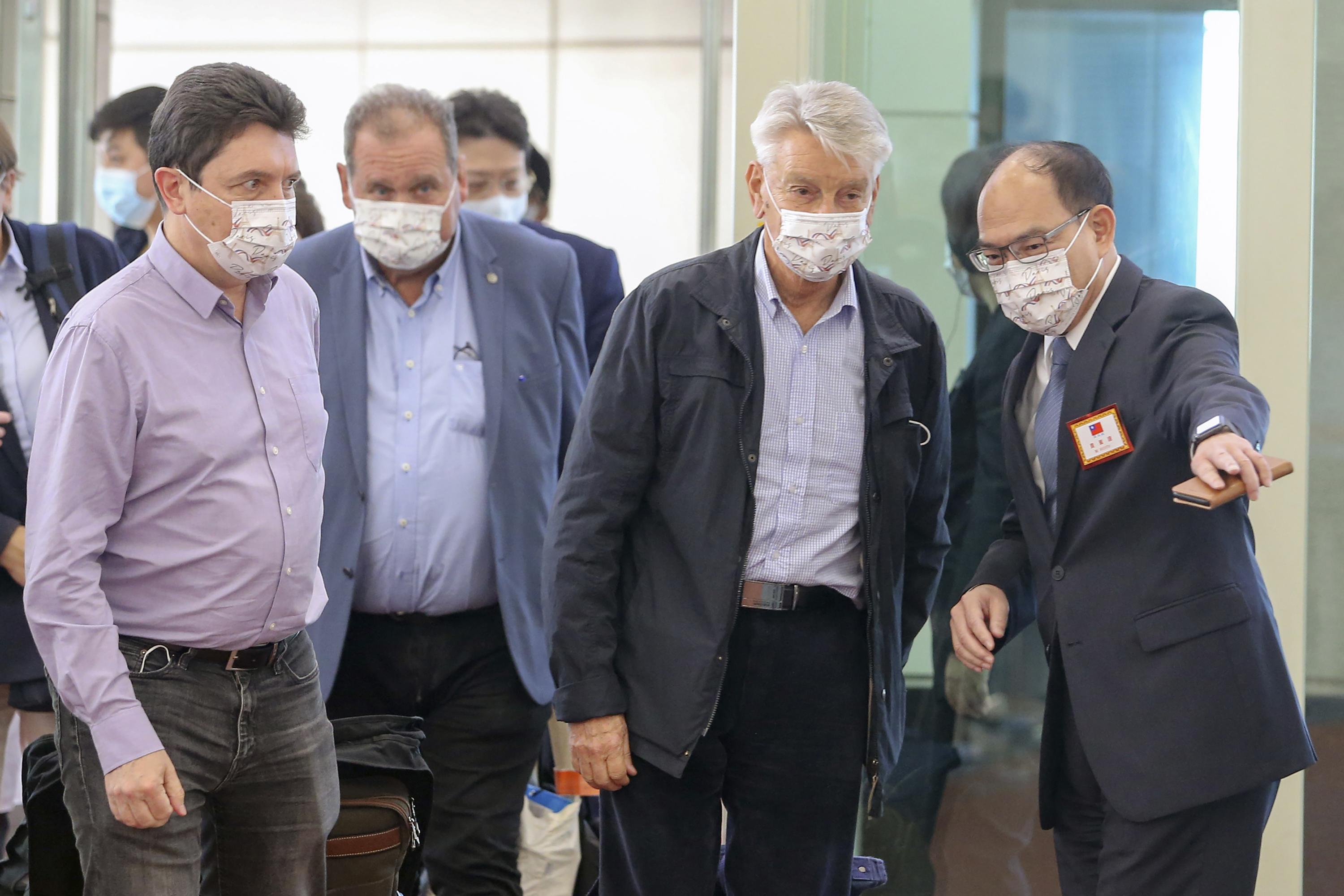 TAIPEI, Taiwan (AP) — A group of French senators arrived in Taiwan for a five-day visit Wednesday following a large Chinese show of force with fighter jets amid the highest tensions in decades between China and Taiwan.

The group, led by senator Alain Richard, will meet with President Tsai Ing-wen, Taiwanese economic and health officials and the Mainland Affairs Council. Richard, a former French defense minister, previously visited Taiwan in 2015 and 2018, according to Taiwan’s semi-official Central News Agency, and heads the Taiwan Friendship group in the French senate.

China tried to discourage Richard’s visit, with its embassy in France saying ahead of the trip: “It will not only damage China’s core interests and undermine China-French relations, but will also damage France’s own reputation and interests.”

China claims self-ruled Taiwan as its own territory and therefore opposes any international engagement with the island such as visits by foreign government officials. It also has aggressively poached Taiwan’s remaining diplomatic allies.

In its most recent display of sustained military harassment, China flew fighter jets 149 times toward Taiwan over four days from Friday to Monday. The White House called the flights risky and destabilizing, while China responded that the U.S. selling weapons to Taiwan and its ships navigating the Taiwan Strait were provocative.

Taiwan’s defense minister Chiu Kuo-cheng told legislators Wednesday that the situation “is the most severe in the 40 years since I’ve enlisted.” Chiu was answering questions as the legislature decides whether to approve a special budget for air and naval defense purchases.

China and Taiwan split amid civil war in 1949. Today they have extensive trade and investment ties but no official relations, and China has increasingly mobilized military, diplomatic and economic pressure to undermine Tsai’s independence-leaning administration.