Verso Books, which claims to be the largest independent radical publishing house in the English-speaking world, used the ‘misogynistic’ term in a series of ‘degrading’ tweets before being hounded by users online.

The company, which says it publishes one hundred books a year, was founded in 1970 – and has offices in London and New York.

And it’s faced intense backlash and furious messages after tweeting about Native American women’s reproductive rights – how many of them were sterilised in the 1970s. 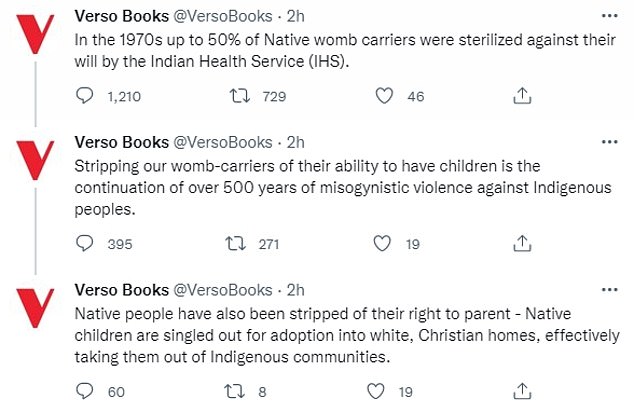 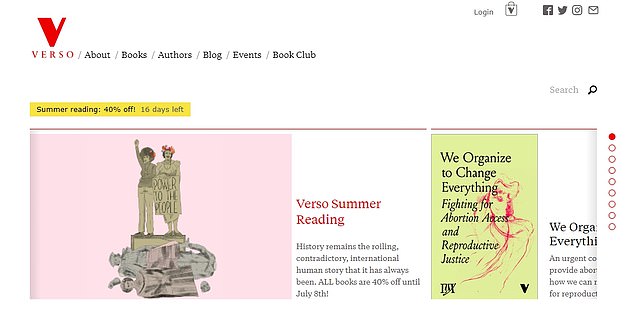 However, instead of using the word ‘women,’ Verso instead substituted it for the woke term ‘womb carrier.’

Verso wrote: ‘In the 1970s up to 50% of Native womb carriers were sterilized against their will by the Indian Health Service (IHS).

‘Stripping our womb-carriers of their ability to have children is the continuation of over 500 years of misogynistic violence against Indigenous peoples.

‘Native people have also been stripped of their right to parent – Native children are singled out for adoption into white, Christian homes, effectively taking them out of Indigenous communities.’

Many were quick to point out that while trying to stand up for women’s rights, the woke company did the opposite – as they narrowed down their existence to just a single reproductive organ. 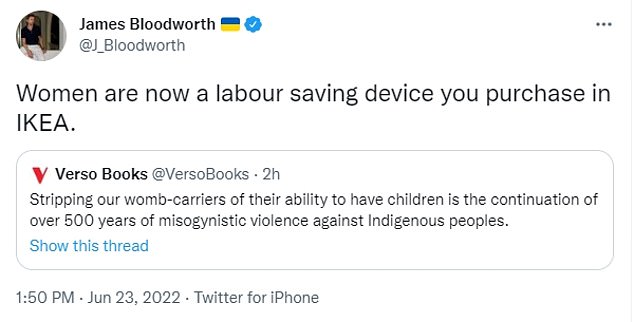 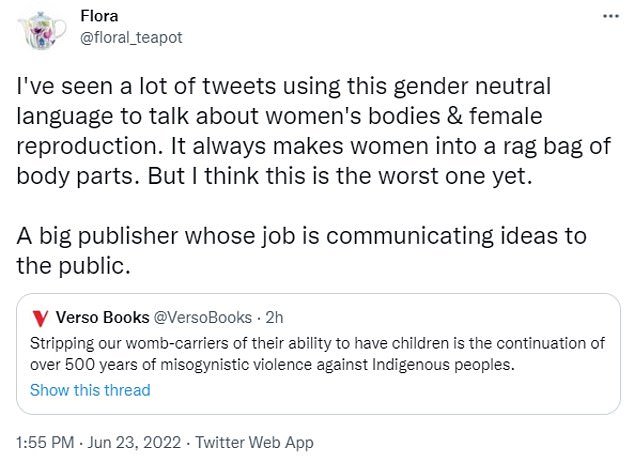 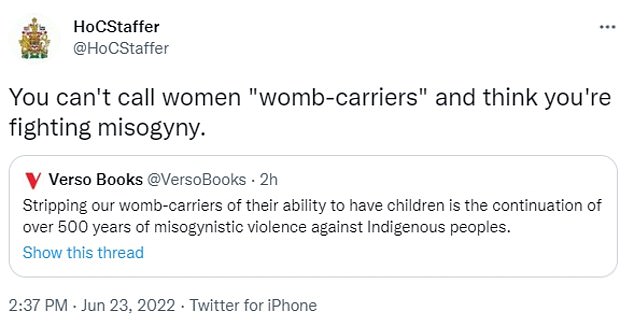 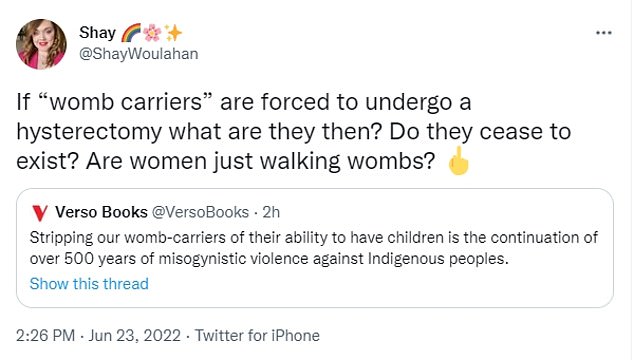 Author James Bloodworth claimed that the publisher’s comments make women seem like a baby-making machine you can buy, as he wrote: ‘Women are now a labour saving device you purchase in IKEA.’

Others said that the woke language had gone too far – degrading women and making them seem just like ‘walking wombs.’

A third person added: ‘If “womb carriers” are forced to undergo a hysterectomy what are they then? Do they cease to exist? Are women just walking wombs?’

Other outraged users said that the publisher – whose ‘job it is to communicate to the public’ made women into a ‘rag bag of body parts.’

And many questioned why the publisher couldn’t face using the term ‘women.’

They said: ‘I’ve seen a lot of tweets using this gender neutral language to talk about women’s bodies and female reproduction. It always makes women into a rag bag of body parts. But I think this is the worst one yet.

‘A big publisher whose job is communication ideas to the public.’

Another wrote: ‘Talking about misogynistic violence… reducing women to “womb carriers”…you are participating in the misogyny in question. By making women equal body parts you’re stripping them of their humanity outside of their organs.’