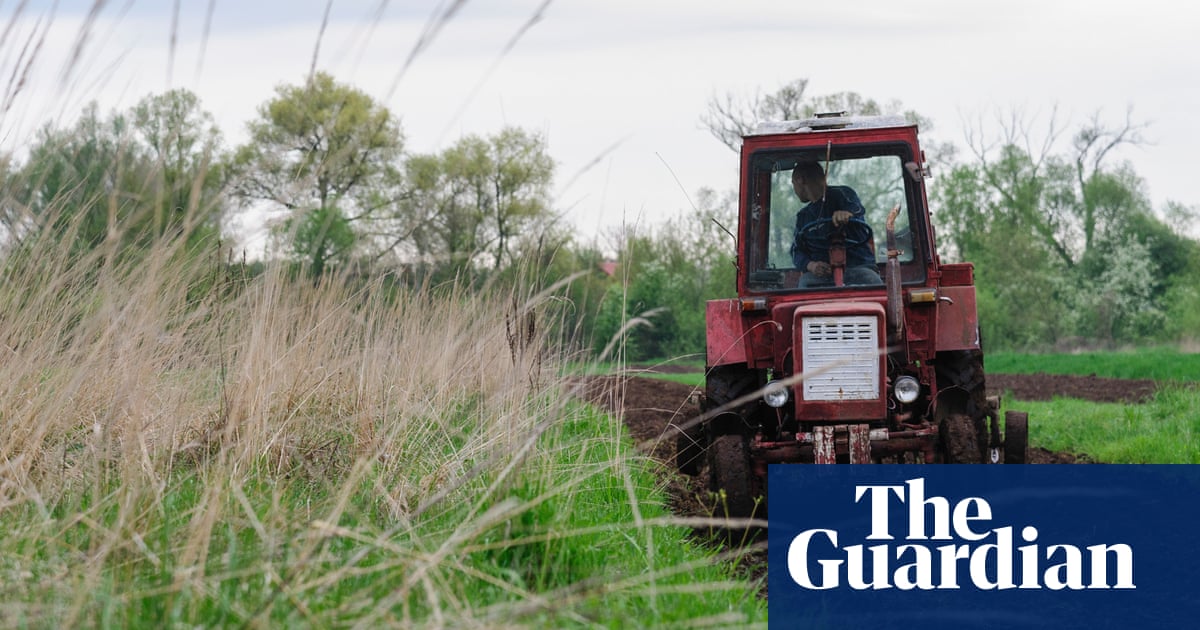 Urgent measures to break the Russian blockade of grain exports from Ukraine’s ports, including by trying to open routes through Romanian and Baltic ports, will be discussed by G7 foreign and agriculture ministers at meetings in Germany.

The grain exports blockade is fast becoming one of the most urgent diplomatic and humanitarian crises in Ukraine. On Tuesday, the US president, Joe Biden, said the US was working on solutions “to get this food out into the world so that it could help bring down prices.”

G7 foreign ministers are meeting in the Baltic Sea resort of Weissenhaus north-east of Hamburg, and the agriculture ministers in Stuttgart.

Cem Özdemir, the German agriculture minister and a Green party member, has for months been looking with the EU at alternative train routes through Poland and Belarus to Baltic ports, but the different train gauges between Ukraine and Poland, a pre-existing backlog of traffic and the shortage of suitable rail wagons all count against this option.

By one Ukrainian estimate, only 20% of the exports Ukraine normally sent through the Black Sea ports by ship could ever be transported by rail to the Baltic ports. The cost of road transport has risen five-fold in the past year.

Before the war, most of the food produced by Ukraine – enough to feed 400 million people – was exported through the country’s seven Black Sea ports. In the eight months before the conflict began, close to 51 million metric tonnes of grain passed through them, according to the UN World Food Programme. The trade was worth $47bn (£38bn) a year to Ukraine.

The Ukrainian minister of agricultural policy and food, Mykola Solsky, has studied options ranging from Gdansk or further east to the port in Klaipėda in Lithuania and three ports in Latvia. The Baltic ports have lost trade from Russia and Belarus, including of potash, so currently have spare capacity.

The Romanian port of Constanța has also taken some shipments of Ukrainian grain, but ships then carrying the grain towards Turkey would probably need to stay within Romanian waters.

The UN has also discussed whether a humanitarian corridor can be opened through Belarus to take the grain to the Baltic ports since the track gauge between Ukraine and Belarus is uniform.

The UN World Food Programme’s David Beasley, who has been sounding the alarm for weeks, warned: “Right now, Ukraine’s grain silos are full. At the same time, 44 million people around the world are marching towards starvation. We have to open up these ports so that food can move in and out of Ukraine. The world demands it because hundreds of millions of people globally depend on food that comes through these ports.”

Typically, Ukraine would export around 5 to 6 million tonnes of grain and 700,000 tonnes of oilseeds through the Black Sea ports a month. There is an estimated backlog for export of anything between 15 and 20m tonnes according to the Ukrainian Agribusiness Club.

Markiyan Dmytrasevych, Ukraine’s designated deputy agrarian minister, said exports by rail could be expanded to between 600,000 tonnes to 1 million tonnes, but that it would take 18-24 months to clear the current inventories, and that’s before any new crop has been added. In April only 560,000 metric tonnes were exported by rail from Ukraine.

Roman Slaston, director general of the Ukrainian Agribusiness Club, said: “We need plan “A” which is unblocking Ukraine ports, and we are constantly saying and delivering that message … This might soften the global crisis which may arise from hunger.”

After the port city of Odesa was struck by Russian missiles on Monday, Ukraine’s president Volodymr Zelenskiy warned: “Without our agricultural exports, dozens of countries in different parts of the world are already on the brink of food shortages. The poorest will be hit the hardest. The political repercussions of this will be terrible.”

David Miliband, the International Rescue Committee chief executive, said: “At the moment, I think it’s at least equally likely that the sanctions on Russia get the blame for the rising food prices as does the invasion of Ukraine. There is a huge contest to be won for public opinion globally.”

Signs already exist that Russian diplomacy is trying to shift the blame. Sergei Lavrov, the Russian foreign minister, claimed on a visit to Oman that Ukrainian authorities were refusing to let ships carrying wheat out of their ports and had mined the areas around ports. Ukraine said the accusations were absurd.

In 2020, Ukraine was the world’s fifth-largest exporter of wheat, with low- and middle-income countries being important beneficiaries. The main export destinations were Egypt, Indonesia, Pakistan, Bangladesh and Lebanon.

In Egypt, where a third of the population lives below the official poverty line and relies on state-subsidised bread, flour prices have risen by 15%. General inflation for April was just over 13%.

In the month after the conflict started, export prices for wheat and maize rose by 22% and 20% respectively, on top of steep rises in 2021.

Solsky said these rises were likely to continue since Ukrainian farmers’ sowing campaign has been delayed by as much as a fifth because of a lack of herbicides, colder weather, diesel fuel and the movement of vehicles because of curfews. Farmers have switched from spring crops to sunflower and soya beans. It is estimated that about a fifth of Ukrainian agricultural land is now in Russian hands.