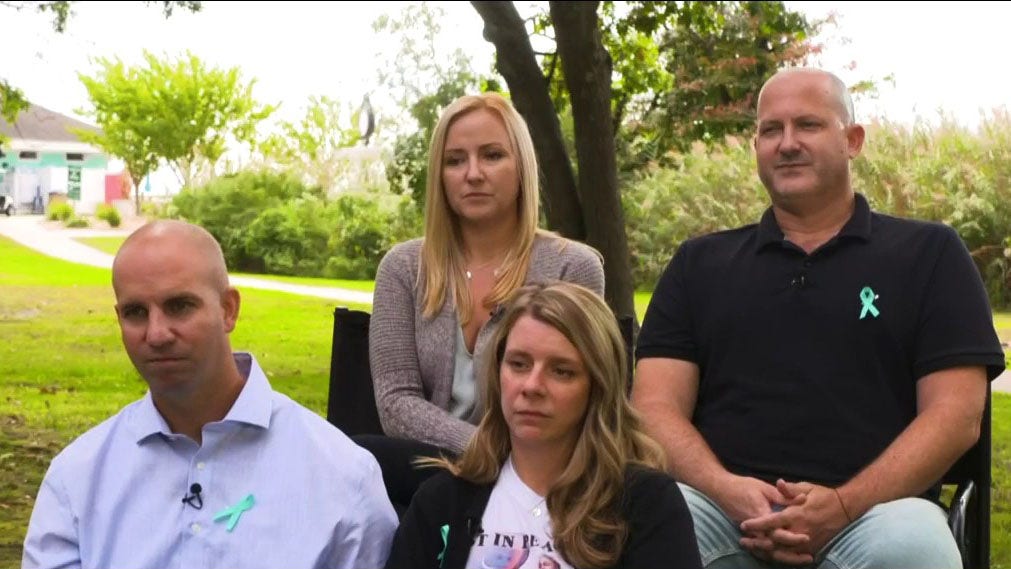 Brian Laundrie has been on the run for several weeks since his fiancé, Gabby Petito, was declared missing and the Petito family believes he holds the answers to what happened to their daughter.

The Petito and Schmidt families sat down for an exclusive interview with Fox News senior correspondent Laura Ingle to vocalize their frustrations regarding the ongoing manhunt for Laundrie and their hopes to find answers.

“Just turn yourself in,” Petito’s mother Nichole Schmidt said of Laundrie. “It’s just getting more and more frustrating as days go on. I don’t know what’s taking so long.”

Petito’s family wants Laundrie found alive so he can provide the missing answers connecting the death of their 22-year-old daughter. The family believes Laundrie “knows everything,” her mother admitted.

“He’s our missing piece to the puzzle to find out what happened,” Petito’s stepfather Jim Schmidt said. “What happened out there? Until they find him, we won’t know.”

Brian Laundrie’s father, Chris Laundrie, has joined the hunt for his son alongside law enforcement.

Jim Schmidt urged Laundrie to “do the right thing” for himself, Petito and both families by turning himself in and exposing the truth.

Petito’s stepfather revealed that the couple’s cross-country road trip took form after their plans for a low-key beach wedding in Florida were postponed due to COVID-19.

“They kindof put it on hold,” Jim Schmidt said, with Petito’s mother saying the couple’s main focus was planning their trip.

But when Petito never returned from the trip and their van returned to Florida, Nichole Schmidt said she “instinctively” knew her daughter was gone.

Petito’s father Joe Petito said he assumed Laundrie is still alive and living off the land but he has “no idea” of his whereabouts, or if he’s even in the United States.

While the family waits anxiously for answers, they’ve established the Gabby Petito Foundation in hopes of helping other families of missing children find answers with financial support and public exposure.

Samsung Has Its Own AI-Designed Chip. Soon, Others Will Too - WIRED
Gov. Kate Brown shares details about Oregon’s new indoor mask mandate as COVID hospitalizations brea...
Pro Football Hall of Fame inductions - Saturday's highlights for the 2020 and Centennial classes - E...