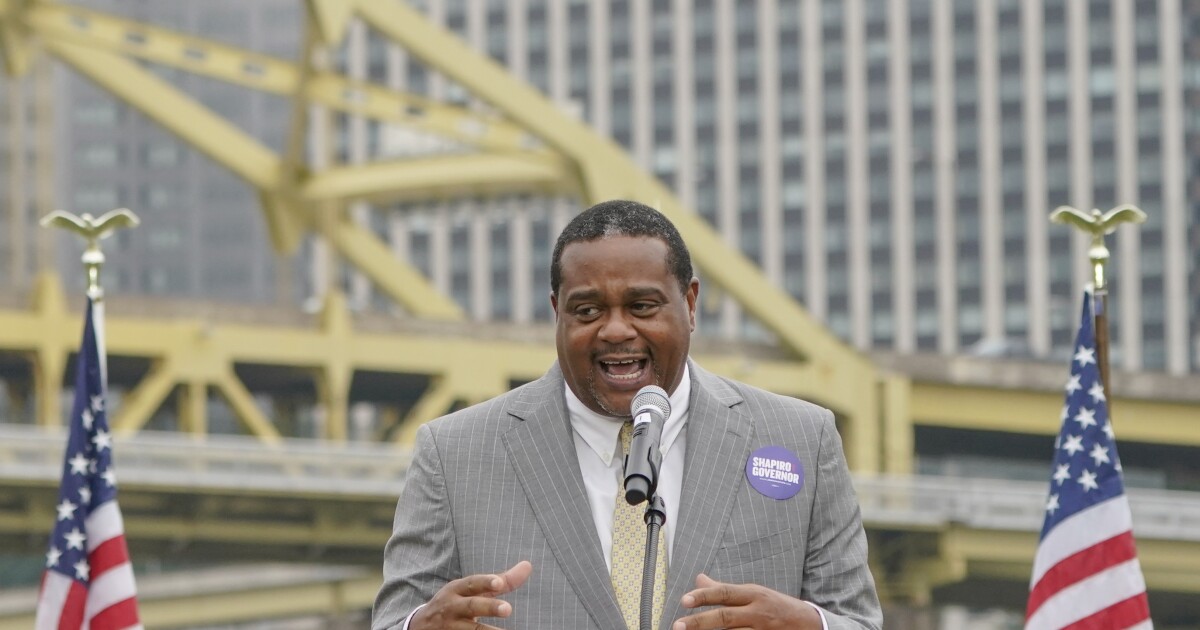 Pittsburgh Mayor Ed Gainey is urging the Republican National Committee to select Pittsburgh as the site of its 2024 presidential convention, saying the city “would be excited to host” the gathering. But the overture is already being heavily criticized on social media, and Gainey’s new colleagues in city government are urging the event be held somewhere else.

“Pittsburgh is a world-class city primed for economic recovery and downtown revitalization as we recover from the COVID-19 pandemic,” Gainey said in a letter to RNC Chairwoman Ronna McDaniel dated Saturday.

“As a lifelong Pittsburgh resident, I know that Pittsburgh is known for our hard work, incredible talent, and picturesque views —including our breathtaking ‘front door’ as you travel through the Fort Pitt Tunnel when arriving from the airport,” he said in the letter. “With the three rivers and many bridges Downtown, Pittsburgh is one of the most beautiful and walkable cities in the country.”

Gainey is a Democrat in his first week in office. He bested incumbent Mayor Bill Peduto last year by challenging him from the left. But his letter stressed the economic advantages of hosting a convention, saying it “would assist in building [the region’s] economy with a direct infusion of over $200 million” in local businesses.

Gainey’s letter pointed out that the city has 26 hotels, three major sports stadiums, and the David L. Lawrence Convention Center are “all within a one-mile radius of the city center.”

Political news website Politico reported on Friday that Pittsburgh was on a short list of four cities being considered for the convention. On Friday, Visit Pittsburgh said the city was invited to put its bid in to host the four-day event.

Not everyone is welcoming the idea. “I realize I don’t get a vote here, but just for the record, I vote nope,” said Pittsburgh City Councilor Erika Strassburger tweeted Saturday.

On Sunday, fellow councilor Ricky Burgess took a much harder line, putting out a statement urging Visit Pittsburgh to withdraw its bid.

In a statement that called the Republicans “the party of hatred,” Burgess noted that supporters of former President Donald Trump had stormed the nation’s Capitol one year ago, an anniversary that took place two days before Ganey’s letter. “What possible reason could justify inviting that much hatred to our city?” the statement asked.

Burgess’s statement did not mention Gainey, though the two men are political foes. But Jerry Dickinson, a candidate to replace Mike Doyle in Congress next year, called out both Gainey and Allegheny County Executive Rich Fitzgerald, who reportedly wrote his own letter of support for the convention bid last fall.

“Mayor Gainey and County Executive Fitzgerald want to offer our city to the Republican Party to use as a megaphone and national stage to voice anti-democratic values months before Republicans likely attempt to overturn the 2024 election,” Dickinson said in a statement. “The Democratic Party cannot risk our region’s leadership being viewed as complicit with the Republican Party in promoting the ideas of white nationalism, xenophobia, and autocracy whatsoever. There is too much at stake.”

Allegheny County Councilwoman Bethany Hallam said she remains “a big fan” of Gainey, but said, “I was shocked to hear about this, especially because it is one of the first actions of a new administration. “You can’t talk about $200 million without talking about all the negative consequences of bringing in people who deny legitimate elections and are full of hate for all kinds of historically marginalized groups.”

Hallam said she planned to introduce a will of council urging the convention not be sited in Pittsburgh. But, she added, “I have faith in Ed. I know he believes in community and having everyone feel safe and welcome. I think he will hear his constituents and retract the letter.”

Gainey spokesperson Sam Wasserman said Saturday that Gainey’s team was “aware [of the bid to bring the RNC to Pittsburgh] but not engaged in the process before today.

“Visit Pittsburgh is the primary entity leading the bid for both the RNC and DNC to come to Pittsburgh in 2024,” Wasserman said.

The RNC is expected to announce its choice of 2024 host city this spring.

Chris Potter contributed to this report.