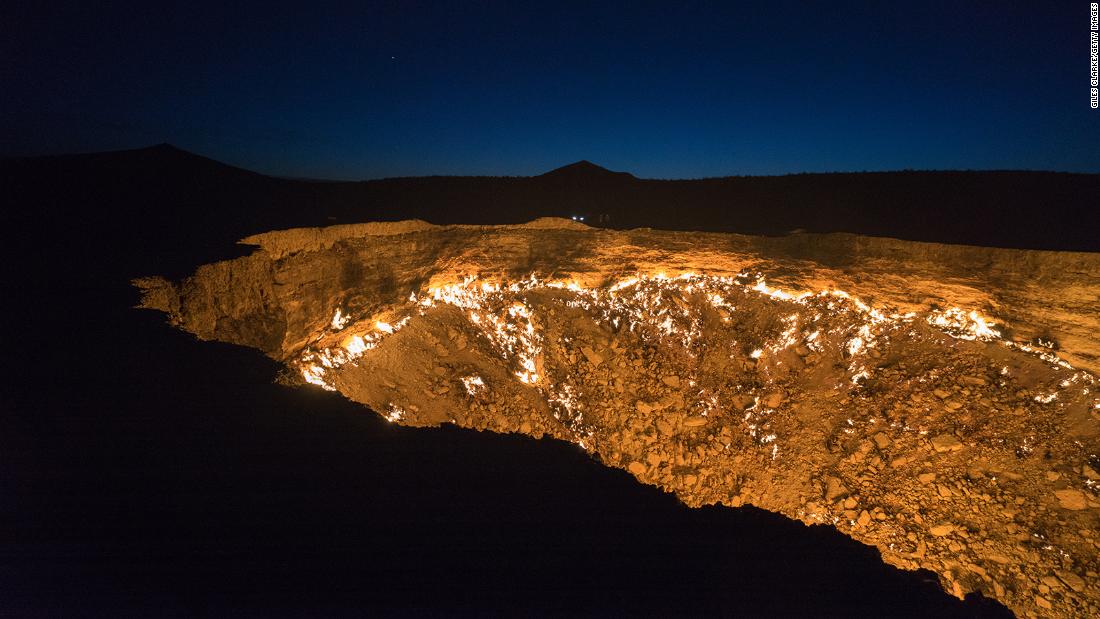 (CNN) — Not everyone is impressed with the fact that Turkmenistan’s most internationally-recognized site is known as the “Gates of Hell.”

President Gurbanguly Berdymukhamedov has reportedly ordered the closure of the site, which is officially named the Darvaza Crater after the town where it is located.

The crater was formed in the early 1970s, when the ground collapsed during a Soviet gas drilling expedition. Scientists reportedly lit the massive hole on fire to prevent the spread of natural gas, and it’s been burning ever since.

Although the crater has become a tourist attraction, Berdymukhamedov has reportedly asked his cabinet to find a way to close the proverbial gates, according to state-run newspaper Neytralny Turkmenistan.

There were several reasons given for extinguishing the famous fire: negative effects on health of people living nearby; wasting of valuable natural gas resources; and environmental damage.

According to the newspaper, Turkmenistan’s deputy prime minister “was instructed to gather scientists, and if necessary, to attract foreign consultants and find a solution for extinguishing the fire.”

Natural gas is one of the central Asian country’s primary sources of revenue.

At present, there is no known deadline for closing the Darvaza Crater or putting out the fire.

Berdymukhamedov, who has been President since 2006, is famed for his love of gold and marble architecture. The autocratic leader has been on a building spree, focusing primarily on the capital city of Ashgabat with giant new government buildings, monuments and other architectural achievements.
One of the most notorious is a giant golden statue of a Turkmen shepherd dog, Berdymukhamedov’s favorite breed and one of the country’s official symbols.
The President loves the dogs so much that he has written a book about them, presented one as a gift to Russian President Vladimir Putin and established a national holiday in their honor.

Tourism is still a relatively small industry in Turkmenistan. The number of annual foreign visitors before the pandemic was estimated in the low tens of thousands.

A new, modern Ashgabat airport with a giant bird-shaped terminal opened in 2006. The project cost $2.3 billion and had a goal of raising the international profile of Turkmenistan.

According to the annual World Press Freedom index compiled by the group Reporters Without Borders, Turkmenistan ranks 178 out of 180 countries in the world for media censorship.