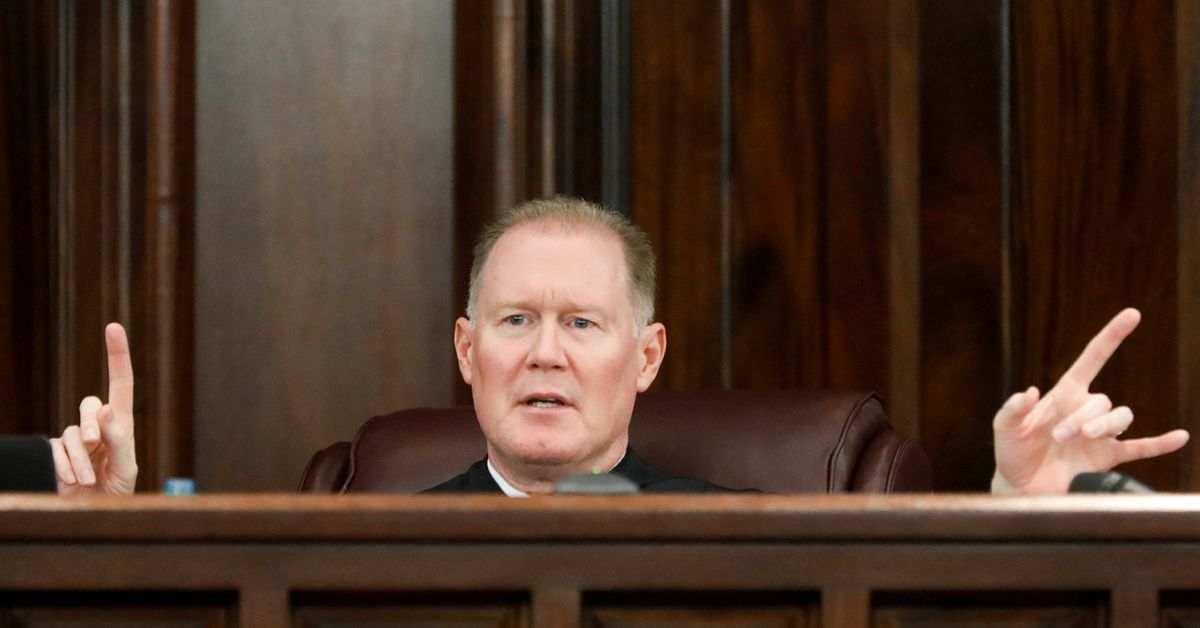 Nov 19 (Reuters) – A Georgia judge denied a motion for a mistrial on Friday in the Ahmaud Arbery murder case from a defense lawyer who claimed that Black pastors outside the courthouse were a “woke left mob” that influenced the jury in the trial of three white men.

More than 200 pastors gathered on Thursday outside the Glynn County courthouse in coastal Brunswick, Georgia. Organizers said it was a response to defense attorney Kevin Gough’s previous comments that he “didn’t want any more Black pastors” in the courtroom.

Gough’s client, William “Roddie” Bryan, 52, along with Greg McMichael, 65, a former policeman, and his son Travis McMichael, 35, are charged with the 25-year-old Black man’s murder. Prosecutors say they chased and shot Arbery to death as he took a Sunday afternoon jog on Feb. 23, 2020.

The three men have all pleaded not guilty and have said they were trying to make a citizen’s arrest of a man they thought was a burglar. They face life in prison if convicted by the jury of 11 white people and one Black man.

Gough showed the court photographs of the large gathering on Thursday and said it was an unfair influence or perhaps intimidated the jury. “This is a trial that’s been infected by mob violence of a woke left mob,” he said.

“This is what a public lynching looks like in the 21st century,” Gough said. “There is pressure being exerted on the jury.”

Prosecutor Linda Dunikoski countered that Gough, a “brilliant” and “calculating” lawyer, made the courtroom comment about Black pastors with the intention of provoking the gathering.

Closing arguments in the case are expected to begin Monday.

Reporting by Rich McKay in Atlanta; Editing by Cynthia Osterman