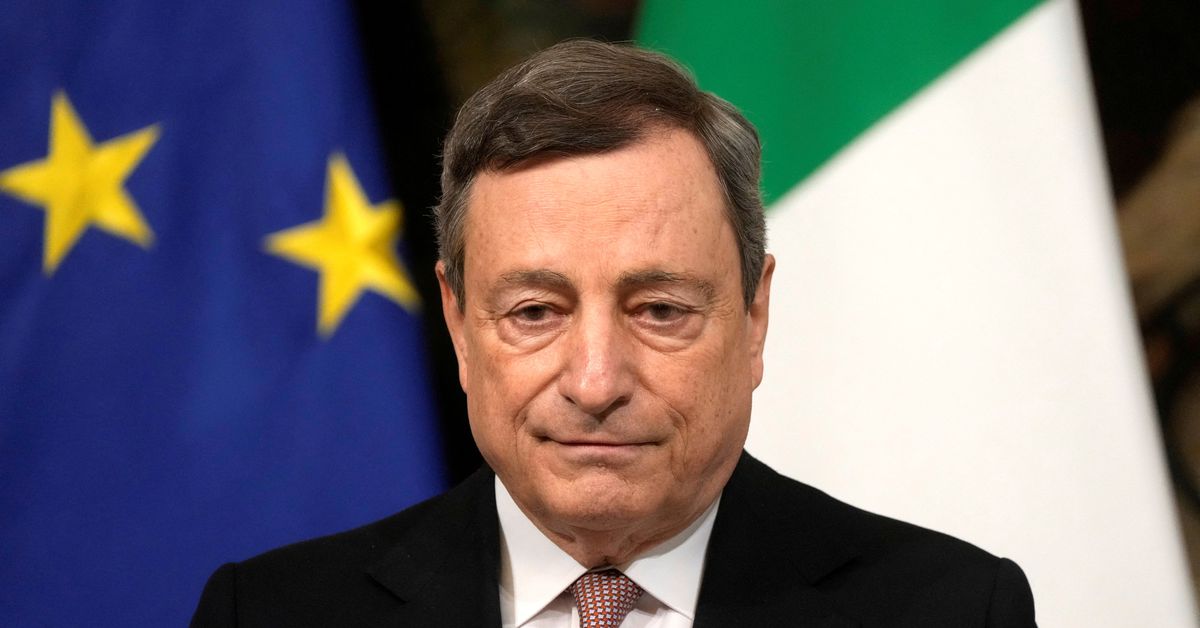 WASHINGTON, May 11 (Reuters) – The United States and Europe need to work with Russia and Ukraine to end their conflict and forge a peace deal, Italian Prime Minister Mario Draghi said on Wednesday.

Speaking a day after meeting U.S. President Joe Biden, Draghi said Russia, which invaded Ukraine in February, had shown it was not invincible and that it was vital to seek ways of ending the 11-week war.

“We agreed that we must continue to support Ukraine and put pressure on Moscow, but also begin to ask how to build peace,” Draghi told reporters, adding that it was essential for the United States to talk directly with Russia.

However, he stressed that no one should try to impose a peace deal on Ukraine. “This would be a recipe for disaster,” he said.

Russia invaded its southern neighbor on Feb. 24, saying it wanted to destroy Ukraine’s military capabilities and capture what it regards as dangerous nationalists – a position rejected by Kyiv and its Western backers as a pretext for an imperialist war of aggression.

Russian forces have suffered repeated setbacks on the battlefield, defying many analysts who predicted a swift victory for Moscow.

“In the beginning, it was a war in which one thought there was a Goliath and a David … (Now) there is certainly no longer a Goliath,” Draghi said. “What had seemed like an invincible power in the field …has proved to be a non-invincible power,” he said of Russia.

Draghi’s call for peace negotiations during his meetings in Washington has yet to be echoed by his U.S. hosts.

When he met Biden on Tuesday, Draghi said Italy and Europe wanted “to put an end to these massacres and this violence, this butchery.” He also urged the U.S. president to talk to his Russian counterpart, Vladimir Putin.

“We feel the most constructive role is to continue to support the Ukrainians’ hands at the negotiating table and support them militarily,” she told reporters.

Italy has sent some arms to Ukraine, but Draghi is coming under pressure from his coalition partners to halt the shipments and instead focus efforts on ending the fighting. read more