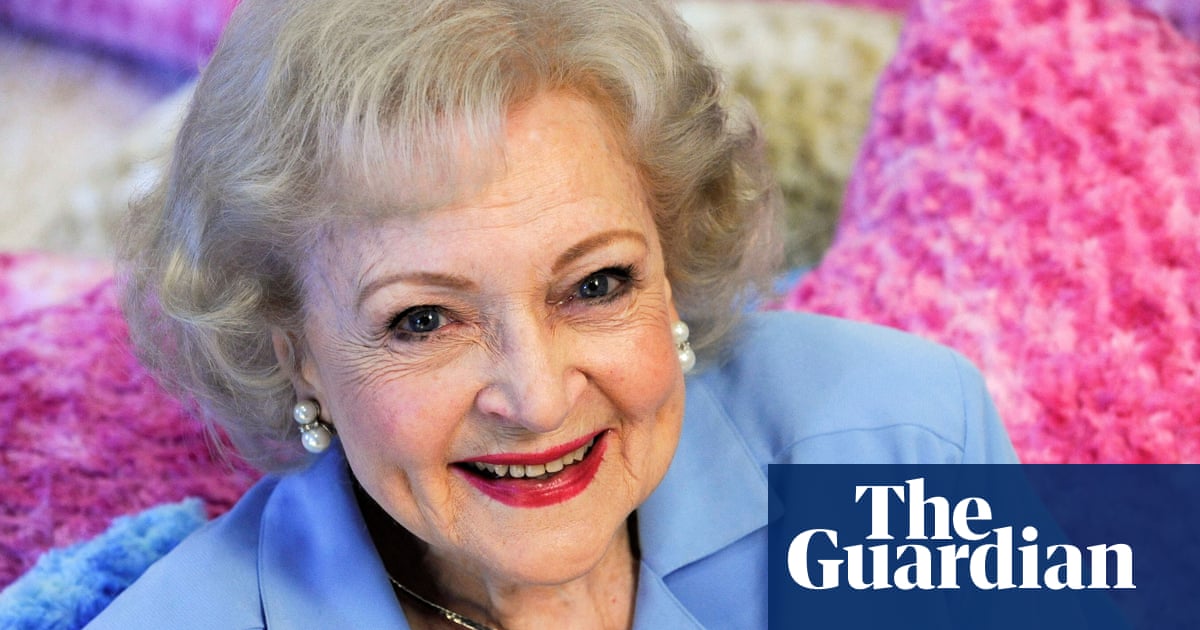 Betty White, the actor best known for roles in sitcoms The Mary Tyler Moore Show and The Golden Girls, has died aged 99.

White died at her home on Friday morning, just two weeks before she would have turned 100. Her agent Jeff Witjas told People magazine: “Even though Betty was about to be 100, I thought she would live for ever.”

White enjoyed an illustrious career of more than eight decades, receiving eight Emmys, one Grammy and three Screen Actors Guild Awards. Considered a television pioneer, she pushed doors open not only for herself, but for many other women who dreamed of entering the broadcast industry.

Born in Oakland, Illinois, in 1922, White began her career in 1939 singing an abridged version of Franz Lehar’s The Merry Widow on an experimental television transmission. After the second world war, during which she had worked with the American Women’s Voluntary Service, White found work appearing on radio shows such as The Great Gildersleeve, and provided voiceovers for radio commercials. She co-hosted the live talkshow Hollywood on Television from 1949 to 1953. “With no script to fall back on, it was like walking along the edge of a cliff in a high wind – there was nothing to hang on to but your mental editor,” she recalled in her memoir Here We Go Again: My Life in Television in 1995.

After her co-host, Al Jarvis resigned, White hosted solo; she is believed to have been the first female television talkshow host.

White’s talkshow, The Betty White Show, premiered on NBC in 1954. White also helped star and produce the television show Life With Elizabeth, at a time when domestic sitcoms were relatively new. It allowed her to become one of a handful of women who had full creative control in front of and behind the camera.

But it was her role as Sue Ann Nivens on 1970s sitcom The Mary Tyler Moore Show that turned White into a household name. Her role as Rose Nylund on the popular 1980s sitcom The Golden Girls cemented her status as a legendary TV actor.

Minutes after news emerged of her death, Joe Biden told reporters: “That’s a shame. She was a lovely lady.” The US president’s wife, Jill Biden, said: “Who didn’t love Betty White? We’re so sad about her death.”

Star Trek star George Takei was among those paying tribute on Twitter: “Our national treasure, Betty White, has passed just before her 100th birthday. Our Sue Ann Nivens, our beloved Rose Nylund, has joined the heavens to delight the stars with her inimitable style, humour, and charm. A great loss to us all. We shall miss her dearly,” he wrote. The actor added that everyone should raise a toast to White when midnight strikes in honour of the actress.

Speaking to the Guardian in 2012 about her enduring legacy, White remarked that it was simply a result of being on television for so long: “I think after 63 years in the business, people grow up with you, and they have children and then they grow up with you,” she said from her home in LA. “They think you’re a fixture, so I think they don’t know how to get rid of me, to be honest.”

White’s other TV work included the gameshow Just Men!, late night shows including The Tonight Show with Jay Leno, and the sitcom Hot in Cleveland. White also had cameos in series including 30 Rock and Community. White is survived by her three stepchildren from her marriage to Allen Ludden, who died in 1981.