Republican House leadership took to Twitter on Saturday morning to wish their followers a happy new year and had a message for House Democrats ahead of the midterm elections in November.

House Minority Whip Steve Scalise, R-La., wished his followers a “Happy New Year” and then laid out his goals for the upcoming year, saying he looks “forward to spending this year fighting for hardworking families, working with my colleagues to stand up against the Biden agenda, and taking back the House in November!”

Another member of the Republican House leadership, Rep. Elise Stefanik, R-N.Y., tweeted a “happy, healthy, and blessed #NewYear!” to her constituents. Hours earlier she tweeted a thread recapping 2021 and then tweeted about how the crises under the Biden administration can be reversed. 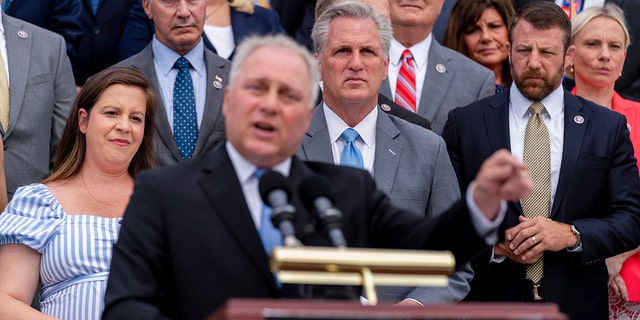 House Minority Whip Steve Scalise, R-La., accompanied by House Republican Conference chair Rep. Elise Stefanik, R-N.Y., left, House Minority Leader Kevin McCarthy of Calif., center right, and others, speaks at a news conference on the steps of the Capitol in Washington, Thursday, July 29, 2021, to complain about Speaker of the House Nancy Pelosi, D-Calif., the leadership of President Joe Biden, and guidelines on face masks by the Centers for Disease Control and Prevention. (AP Photo/Andrew Harnik)

“The only way to STOP #Bidenflation and the Far-Left Democrats’ agenda from hurting small businesses and families even more is to vote Republican next November,” Stefanik tweeted. “2022 will be the year we #FIREPelosi once and for all!”

Several other Republican and Democratic lawmakers also tweeted out messages wishing their followers and constituents a happy new year, most of which were not political. 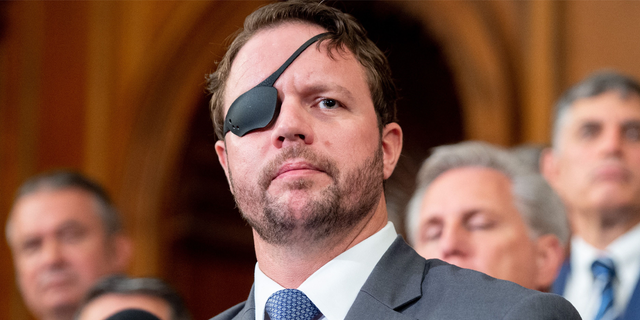 Rep. Dan Crenshaw, R-Texas, speaks alongside fellow Republicans during a press conference at the US Capitol in Washington, D.C. Aug. 31, 2021. (SAUL LOEB/AFP via Getty Images)

Texas GOP Rep. Dan Crenshaw struck a note of optimism in the face of COVID-19 and other social issues of the past two years, saying, “The last two years may have sucked, but I’m willing to bet you’d rather be here than anywhere else.”

“In 2022, America will still be the greatest place on earth,” he added.

President Biden posted a simple “Happy New Year, folks!” from his presidential account and shared it via his personal account.