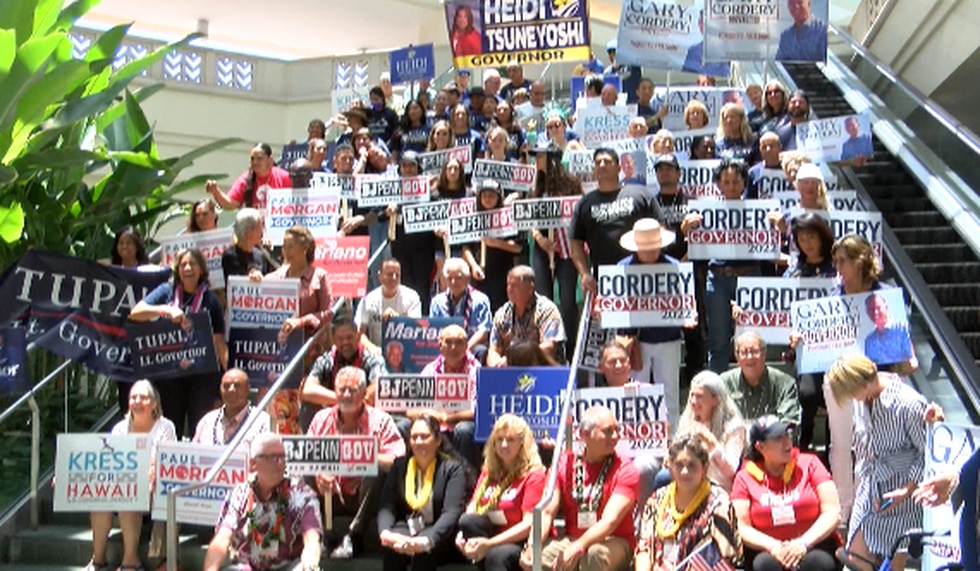 “The apathy is no longer there,” said Finnegan. “There are people who are becoming activated, and they’re saying, ‘Yes, we want to join this movement. We want to stand for Hawaii, we want everything to change this upcoming election.’”

Although Hawaii is a heavily democratic state, there are well-known candidates willing to take the risk of running for governor.

The most famous being, former MMA champion B.J. Penn.

“I resonate far beyond the policies. I resonate with the people,” he said

Also in the run for governor is long-time Honolulu City Councilmember Heidi Tsuneyoshi.

“Serving as a council member, we are very much in the community, grassroots hands on representation,” said Tsuneyoshi. “And I do believe, especially at this time, that’s the type of servant leadership that we need at that highest level of office.”

The convention attendees from across the state also discussed taking positions on crime, corruption, housing and affordability.

With many state and county elected offices up for grabs this year, Finnegan said they’re seeing a growing willingness to run as Republicans.

“And so, we have a goal of filling every seat with a quality candidate that can go toe to toe with the Democrats,” said Finnegan.

The primary election is set for August 13.