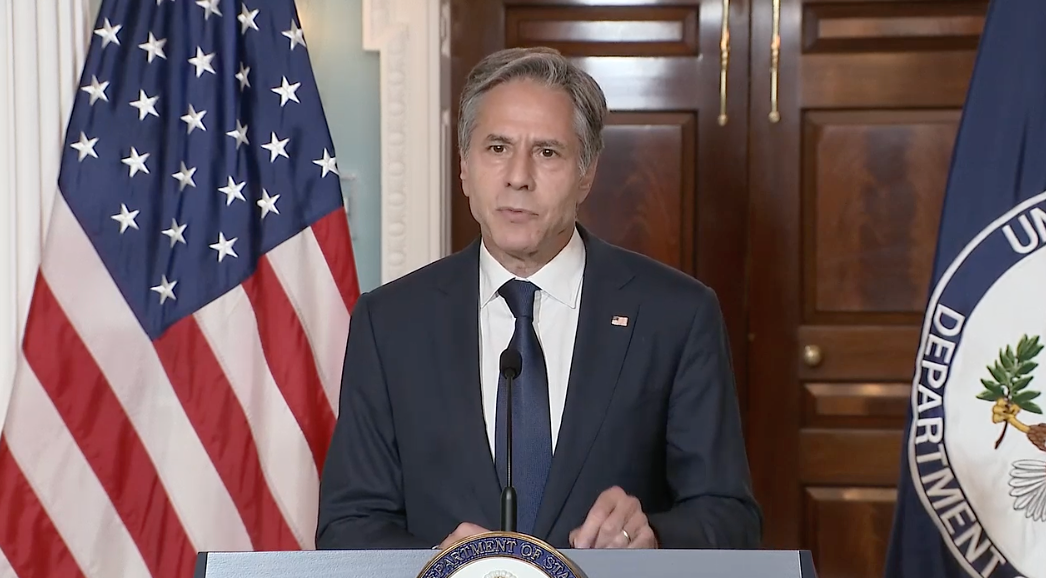 Secretary of State Antony Blinken dodged a question from GOP Rep. Michael McCaul of Texas on whether or not Russian President Vladimir Putin “threatened” President Biden about developing intelligence capabilities near Afghanistan.

McCaul, the ranking member of the House Foreign Affairs Committee, asked Blinken if it was true that the Russian president had “threatened” Biden regarding intelligence installations in the region.

“Is it true that President Putin threatened the president of the United States, saying he could not build intelligence capabilities in the region?” McCaul asked.

BLINKEN TO FACE GRILLING FROM CONGRESS ON AFGHANISTAN WITHDRAWAL

Blinken dodged the question, saying the question McCaul asked was “important” but that the pair needed to “take up” the inquiry “in another setting.”

Blinken testified before the House Foreign Affairs Committee on Monday over the administration’s botched troop withdrawal from Afghanistan.

While Blinken faced aggressive questions from Republicans, Democrats on the committee largely rushed to his defense.

Rep. Gregory Meeks, D-N.Y., the committee’s chairman, said ending the war in Afghanistan was “never going to be easy” and repeatedly slammed Biden’s critics over his execution of the withdrawal last month.

“Disentangling ourselves from the war in Afghanistan was never going to be easy,” Meeks said. “And for my friends who presume a clean solution for the withdrawal existed, I would welcome hearing what exactly a smooth withdrawal from a messy, chaotic, 20-year war looks like. In fact, I’ve yet to hear the clean withdrawal option, because I don’t believe one exists.”

“They are masking their displeasure with criticism but fail to offer feasible alternatives,” he said. “Once again, we are seeing domestic politics injected into foreign policy.”

Houston Keene is a reporter for Fox News Digital. You can find him on Twitter at @HoustonKeene