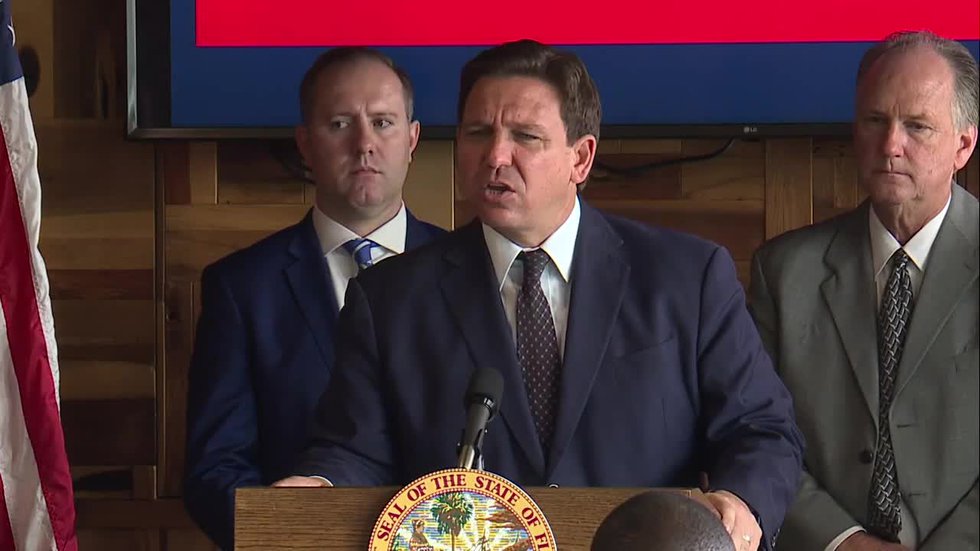 TAMPA, Fla. (WCJB) – Governor Ron DeSantis suspended State Attorney Andrew Warren of the 13th Judicial Circuit after the state attorney said he would not prosecute a woman who receives abortions after 15 weeks or enforce laws banning gender transitions for children.

The governor made the announcement during a press conference in Tampa. DeSantis says Warren has neglected his duty to enforce the law and the governor has the authority to suspend a state officer under Article IV, Section 7 of the Constitution of the State of Florida.

“State Attorneys have a duty to prosecute crimes as defined in Florida law, not to pick and choose which laws to enforce based on his personal agenda,” said Governor Ron DeSantis. “It is my duty to hold Florida’s elected officials to the highest standards for the people of Florida. I have the utmost trust that Judge Susan Lopez will lead the office through this transition and faithfully uphold the rule of law.”

The governor’s executive order removing Warren explains the justification behind the governor’s action. It first notes warren’s decision to sign a statement in June 2021 with other elected prosecutors in support of gender transition treatments for children and bathroom usage based on gender identity.

The order noted Warren’s public declaration that he would not enforce criminal laws that prohibit abortions following the passage of Florida’s 15-week abortion ban.

The state attorney is also accused of refusing to prosecute certain other crimes. The full executive order is below.