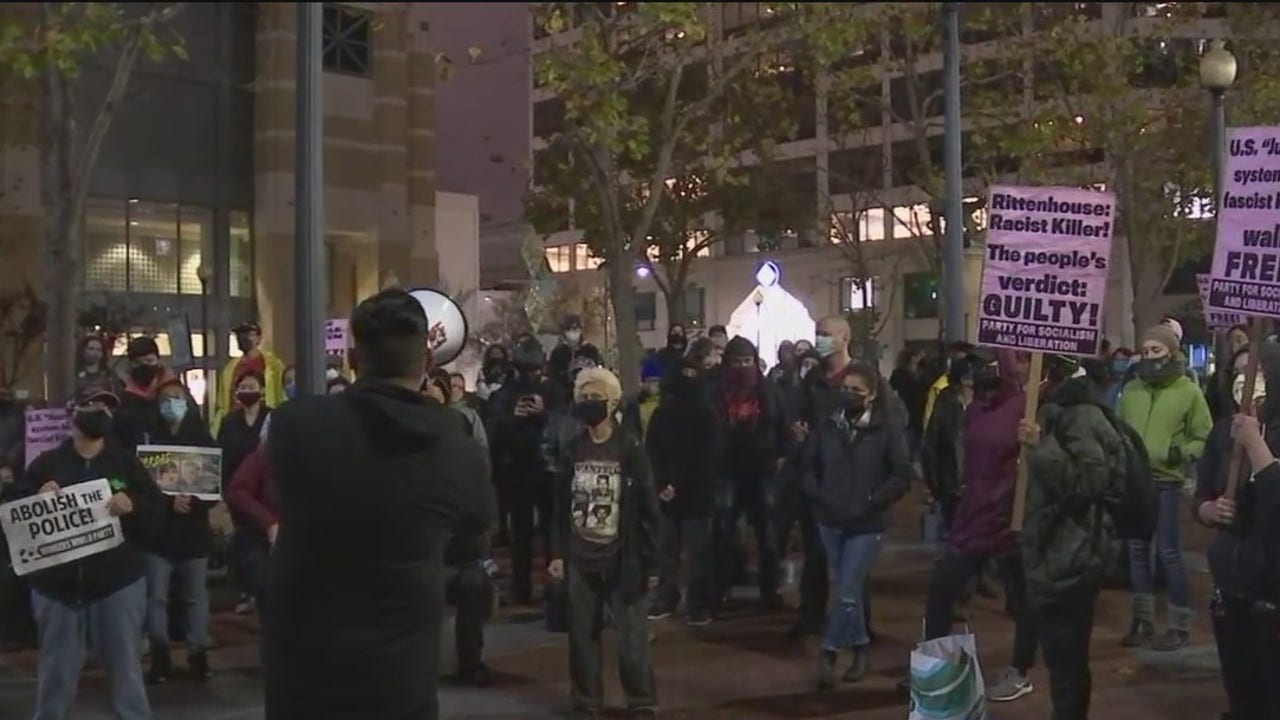 More than a hundred protesters gathered Friday night to denounce the acquittal of Kyle Rittenhouse. Bay Area leaders have issued statements on the controversial verdict.

OAKLAND, Calif. – Governor Newsom posted a statement on Twitter in response to the Kyle Rittenhouse acquittal as many gathered in Oakland to protest the trial’s outcome.

“America today: you can break the law, carry around weapons built for a military, shoot and kill people, and get away with it,” said Newsom. “That’s the message we’ve just sent to armed vigilantes across the nation.”

More than 100 protesters gathered at Oakland’s Federal building to express anger and sadness over the not guilty verdict.

The protesters chanted the names of the two people killed by Rittenhouse during a demonstration on the streets of Kenosha, Wisconsin in August 2020.

Oakland police say the protest remained peaceful and there were no arrests.