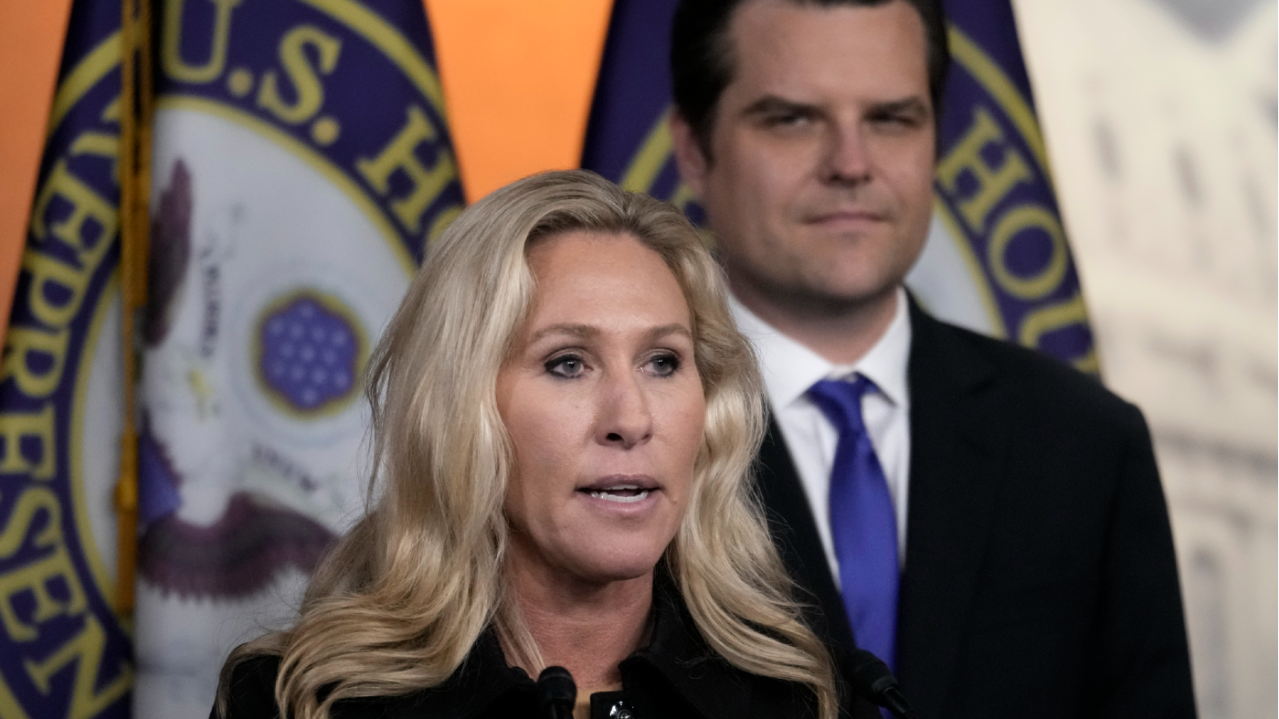 Greene knocks Gaetz in exchange over committee assignments | The Hill

In a tweet, Gaetz congratulated Greene for her appointments to the House Homeland Security and Oversight Committees, after being removed from her committee assignments under the Democratic majority.

“Bravo @mtgreenee!,” Gaetz wrote in his tweet. “She’s going to do amazing work for the people on these key committees she has EARNED.”

In a response, Greene knocked Gaetz, accusing him of setting back the Republican caucus with his opposition to McCarthy’s Speakership, and gaining little tangible results from the fight, apart from lowering the threshold of a “motion to vacate” (MTV) the Speaker’s chair.

“Thanks to @SpeakerMcCarthy & Steering for voting me on the committees I requested on the submission form most of us filled out,” Greene said in a tweet. “Too bad we’re weeks behind after you spent a week only getting MTV from 5 to 1.”

“As the leading MAGA voice in Congress, I look forward to committees,” Greene added.

Among the many concessions that McCarthy made to GOP holdouts in his bid to become speaker was allowing just one member to file a motion to vacate — a move to remove the speaker — down from five members under a previous agreement.

Greene and Gaetz, both allies to former President Trump, butted heads during the Speaker votes, with Greene backing McCarthy and Gaetz leading a group of hard-line rebels opposing him.

Gaetz argued in his Twitter exchange with Greene that holdouts also extracted “a few other things” in the speaker fight, but Greene demurred.

“The rules package did not change at all from Jan 1st to Jan 6th, except MTV went from 5 to 1. Literally anyone can read them online and see that,” Greene wrote on Twitter.

“All substantial negotiations happened in conference & 5 families meetings before the 15 ballots starting on Jan 3rd.”

Greene was initially stripped of her committee seats in February 2021 due what Democrats said was her embrace of dangerous conspiracy theories and endorsement of violence.

However, she has remained a key ally of Trump and has been embraced by McCarthy as he has sought support from the party’s far-right factions.