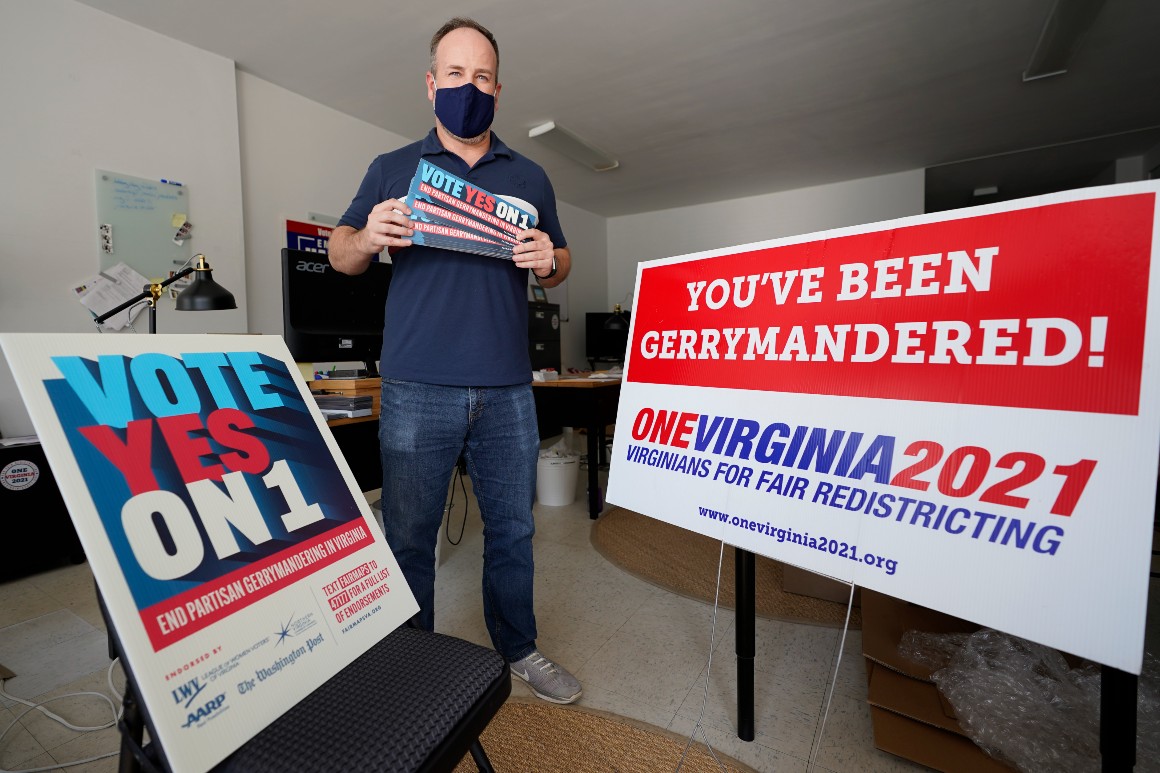 Monday’s meeting in Virginia offered an extreme example of the dysfunction. Commissioners squabbled over whether one of the Democratic co-chairs formally resigned — she said she didn’t — and whether she could reinstate herself.

But some Democrats still defend any effort to drag the process into the open.

“Commissions are better, for sure, than the political, partisan process — if for no other reason than you have transparency into what’s happening. Even if things go south, at least you know what’s happening,” said Kelly Ward Burton, president of the National Democratic Redistricting Committee, the group founded by former Attorney General Eric Holder. “On net, you do get fairer maps out of commissions.”

On the GOP side, many still maintain that giving redistricting power to commissions instead of legislatures is unconstitutional, though the Supreme Court rejected that argument in a 2015 case out of Arizona.

“We’re stuck with them, whether we like them or not, in the places where they are, so you make the best of it and you work with them,” said Adam Kincaid, the executive director of the National Republican Redistricting Trust. “But these commissions are set up in a way where it favors Democrats and their liberal allies.”

In Colorado, however, some Democrats are frustrated that the commission did the opposite — drawing a map that doesn’t reflect the state’s trend to the left over the last decade. The commission approved a congressional map that would likely deliver four Democratic-leaning seats, three Republican-leaning seats and one new toss-up district.

“For the purposes of control of the House in 2022, that straight toss-up district will cause serious heartburn for national Democrats,” said Craig Hughes, a Democratic consultant based in Colorado. “We didn’t get a map that leverages that newfound blue-state status at all.”

And Republicans in Colorado, who otherwise would be shut out of the redistricting process entirely, count themselves fortunate.

“We got one, maybe two, competitive seats, which is a hell of a lot better than what the legislature would’ve generated,” said Josh Penry, a Republican consultant based in Colorado who worked to pass the ballot initiative creating the commission, which was ultimately backed by more than 70 percent of voters in 2018.