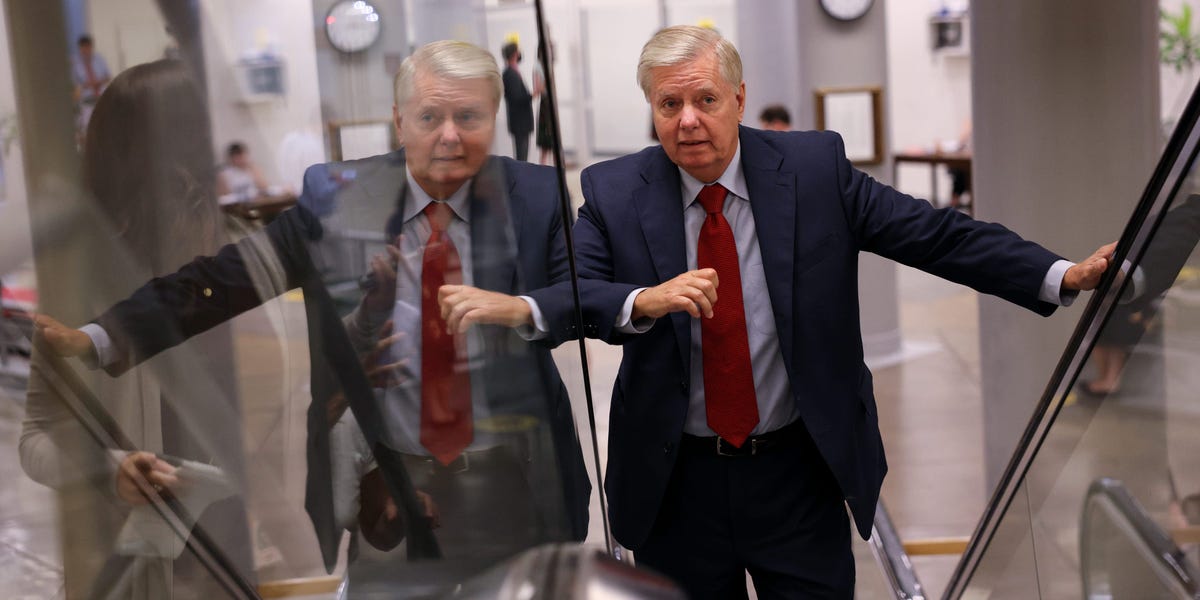 Sen. Lindsey Graham, who was once one of Donald Trump’s most vocal political opponents, has morphed into one of the former president’s most trusted advisors in recent years.

But the South Carolina Republican definitely didn’t win over the former White House press secretary Stephanie Grisham, who lambasted the lawmaker in her forthcoming memoir, “I’ll Take Your Questions Now“, an early copy of which was obtained by Insider.

In the memoir, Grisham lumps the senator in with “hangers-on” who sought to be a part of Trump’s orbit, criticizing Graham for his numerous visits to the former president’s properties in an attempt to score free “goodies.”

“Someone who was almost as frequent a guest at Trump properties as I was Senator Lindsey Graham,” she wrote. “Okay, I’m exaggerating, but not by much. The difference, of course, is that I was there to work.”

The former press secretary proceeded to question what she felt were inconsistencies in Graham’s personal relationship with Trump.

“Of all the various characters and hangers-on in Trump World, Lindsey was one of the weirder ones, and that’s saying something. He seemed almost schizophrenic,” she wrote. “Some days he would be one of Trump’s most vigorous defenders; other days he was a harsh critic. People around the president would tell him that he couldn’t trust Graham, but Trump seemed to like him for whatever reason and I often wondered if he sought Lindsey’s approval.”

Grisham then directed some of her most pointed criticism at Graham’s conduct when he frequented Trump’s Mar-a-Lago resort in Florida and the former president’s Bedminster, New Jersey, golf club.

“It struck me that he was using Trump to mop up the freebies like there was no tomorrow (seems that he still is). He would show up at Mar-a-Lago or Bedminster to play free rounds of golf, stuff his face with free food, and hang out with Trump and his celebrity pals,” she wrote.

“On one occasion, I came across him at Bedminster after he’d kicked out a White House staff member so he could take her room,” she added. “Senator Freeloader was sitting at a table by the pool, a big grin on his face, lapping up the goodies he was getting like some potentate. He said to me, with a creepy little smile, ‘Isn’t this great? Man, this is the life.'”

Grisham, who was put off by the conversation, said the encounter left a lasting impression.

“I remember thinking, ‘Yes it is, but it’s not your life — it’s the president’s life.’ There was something so gross and tacky about his behavior during that trip that the image never left me,” she wrote.

During her tenure as White House press secretary, Grisham never conducted regular briefings. She resigned as the chief of staff and press secretary to first lady Melania Trump after the January 6 Capitol insurrection.

Britney Spears sunbathes in a bikini as she gives an update on her conservatorship and answers fan q...
Baby girl with covid-19 airlifted 150 miles amid hospital bed shortage in Houston - The Washington P...
Jennifer Aniston Shares Shirtless Photo of Ex Justin Theroux for His Birthday: 'One of a Kind' - Yah...