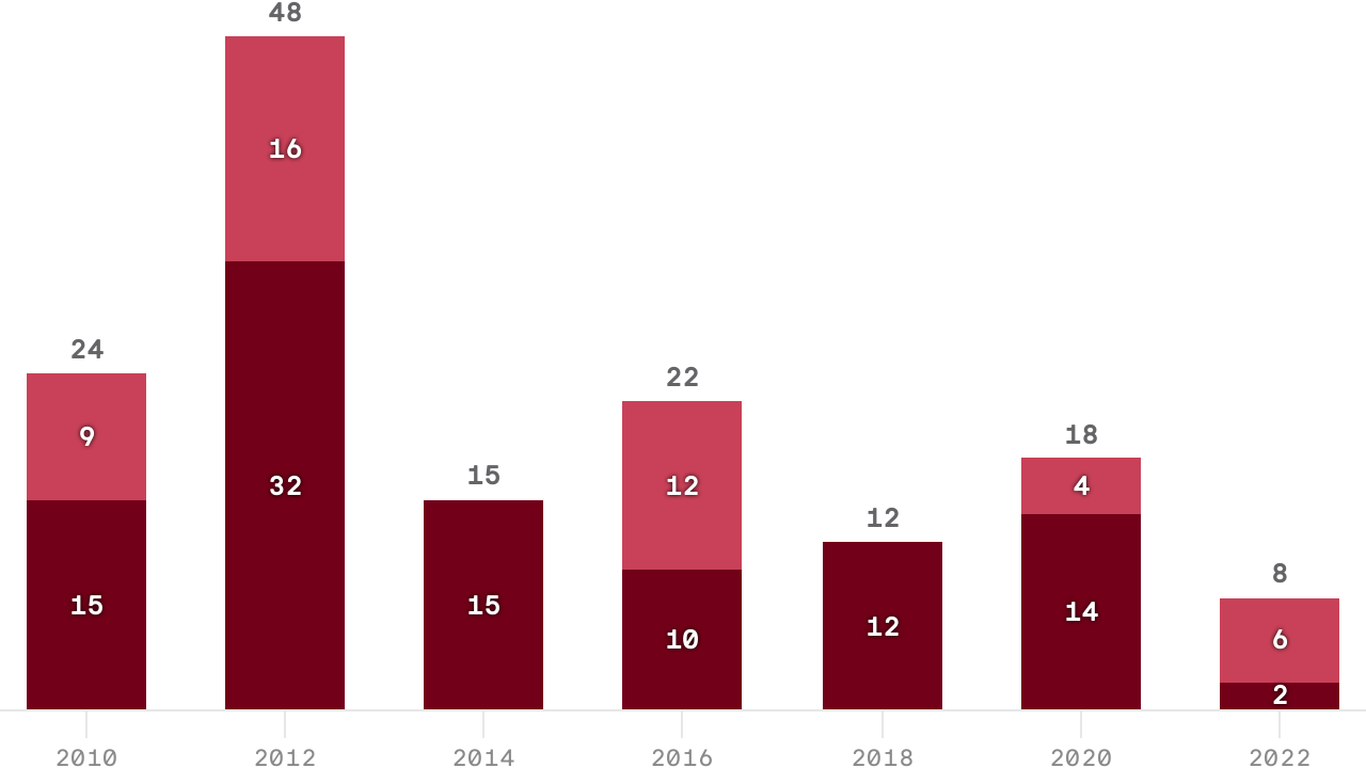 An expected wave of state legislative retirements is starting to swell ahead of the 2022 election.

What’s happening: Eight state legislators have already announced that they won’t seek re-election in November, per a tally kept by the Legislative Reference Library.

Why it matters: Retirements create open races that could reshape the Legislature with new voices.

Between the lines: In addition to retirements, some longtime legislators are already facing primary challenges.

What to watch: Maps that put incumbents in the same district could lead to even more exits.

Editor’s note: This post and chart will be updated as more retirements are announced.

No stories could be found

Get a free daily digest of the most important news in your backyard with Axios Twin Cities.