A pro-choice activist protesting outside the home of Supreme Court Justice Amy Coney Barrett in Falls Church, Virginia, on Wednesday disparaged the justice’s views on abortion by claiming she doesn’t know what it’s like to give birth.

“It’s also possible that the fact that she’s an adoptive mother is influencing her ability to see what it’s like to carry a pregnancy to term,” the protester told a reporter in video obtained by Fox News Digital. 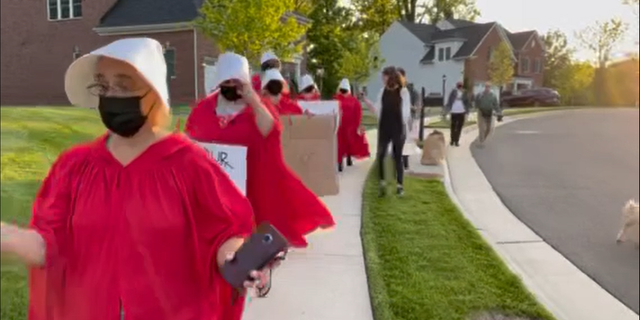 When reminded that Barrett has carried several children to term, the red-clad protester replied, “Not everybody wants to have five kids or four kids or one kid.” 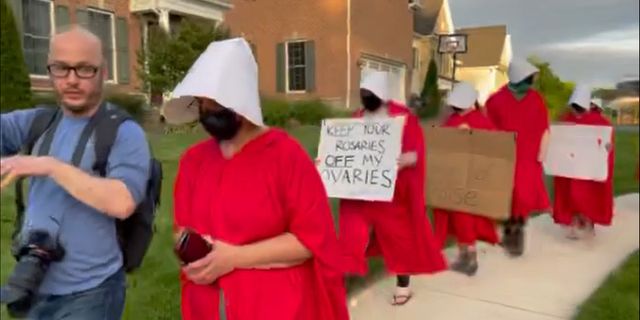 TIM SCOTT DELIVERS ‘STUNNING REBUKE’ OF JANET YELLEN OVER BLACK ABORTION COMMENTS: ‘I AM THANKFUL TO BE HERE’

One of the protesters was seen holding a sign that said, “Keep your rosaries off my ovaries.”

Protesters associated with the far left pro-abortion group Ruth Sent Us gathered outside the homes of conservative Supreme Court justices on Wednesday night in response to a leaked Supreme Court opinion suggesting that Roe v. Wade is on the verge of being overturned by the court. 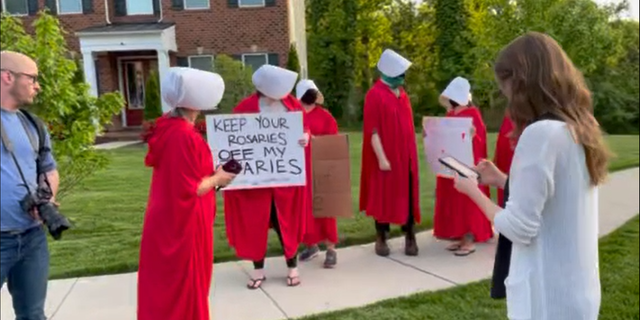