“Kyle Rittenhouse should sue them all, all of them,” said Hannity. “Starting with Joe Biden.”

Then-candidate Joe Biden included an image of Rittenhouse in a 2020 campaign video calling out “White supremacists.”

In 2020, Pressley tweeted that Rittenhouse was a “17-year-old white supremacist domestic terrorist” and falsely claimed he “drove across state lines armed with an AR-15.”

Rittenhouse, an Illinois resident, procured the weapon used in the shooting incident while in Wisconsin. Pressley further asked that the media “fix [its] damn headlines.” 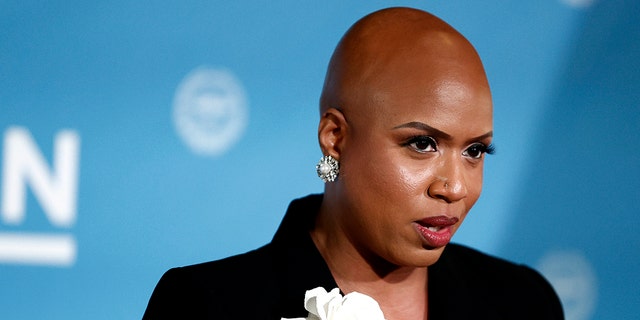 BOSTON, MASSACHUSETTS – MARCH 24: U.S. Representative Ayanna Pressley (D-MA) speaks before the swearing in of Kim Janey as the Mayor of Boston at City Hall on March 24, 2021. (Photo by Maddie Meyer/Getty Images) (Getty)

The host also pointed to Minnesota Congresswoman Ilhan Omar, a Democrat from the Twin Cities  – who characterized Rittenhouse as a “domestic terrorist that executed two people”

On “Hannity,” the host went on to point to other more recent examples of left-wing outrage, including from Rep. Jerrold Nadler, D-N.Y.

In a fiery tweet earlier in the evening, the Upper West Side lawmaker called the verdict a “miscarriage of justice” and suggested the DOJ take a closer look at the “precedent” it set.

“Kyle Rittenhouse based on the law and the evidence and video evidence and testimony is innocent,” Hannity said. “He acted in self-defense. This is backed by eyewitness accounts and even the prosecution’s star witness backed this up in court. A jury confirmed what has been obvious for months – obvious to everyone acting in good faith.”

The media and Democrats “rushed to judgment”, Hannity said, adding that they could have reached out to Rittenhouse or his attorneys to check facts before incorrectly reporting or allegedly defaming him.

“Now Kyle Rittenhouse should sue them all — starting with Joe Biden,” the host said, adding that in the media realm, NBC News might be the “worst offender” given how its hosts like Joy-Ann Reid have treated the teen.

Judge Bruce Schroeder, who was adjudicating the trial, banned MSNBC staff from the courtroom after a freelancer who was pulled over by local police for failing to observe a traffic control device reportedly said he was told by a superior to follow the jury bus.

Hannity added that outside of those who may be liable for defaming Rittenhouse, other Democrats and media figures have been generally reckless in their reactions and coverage.

He pointed to House Democratic Caucus Chairman Hakeem Jeffries, a New York City Democrat and outspoken critic of “mass incarceration,” who tweeted earlier this month that the court should incarcerate Rittenhouse and “throw away the key.” 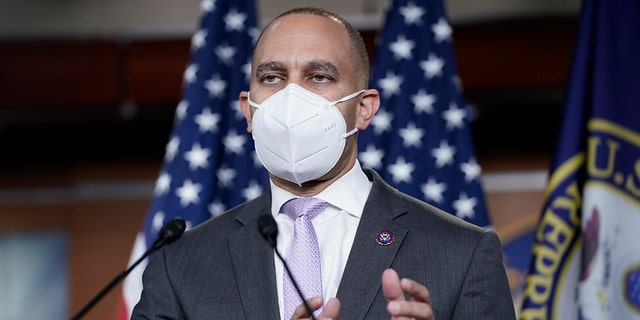 “My message to Kyle Rittenhouse: Sue them all,” Hannity said. “Hold them all accountable for their lies and make them pay and follow the law,” the host said.

“They are liars and con artists and Democratic operatives. Kyle Rittenhouse and Americans everywhere, we deserve better,” Hannity said.