Vice President Kamala Harris was mocked on social media Tuesday after claiming that the United States is “moving again” thanks to President Biden’s infrastructure spending, as hundreds of motorists remained stranded on Virginia’s I-95 due to a winter storm.

“Because of the Bipartisan Infrastructure Law, America is moving again,” Harris tweeted Tuesday. “That’s what infrastructure is all about: getting people moving.” 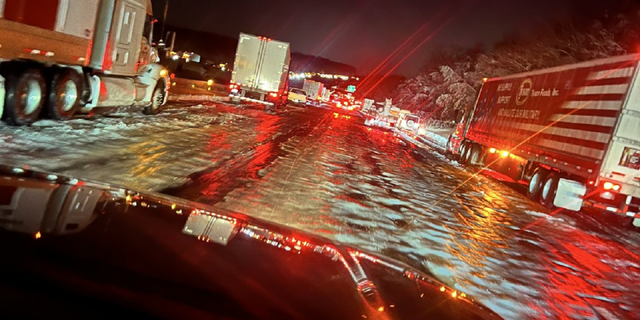 The tweet was immediately met with criticism from users accusing Harris of being “tone deaf” and posting photos of the stranded motorists.

Some users responded to Harris by posting a tweet from Virginia Democrat Sen. Tim Kaine, who was stuck in the traffic jam. 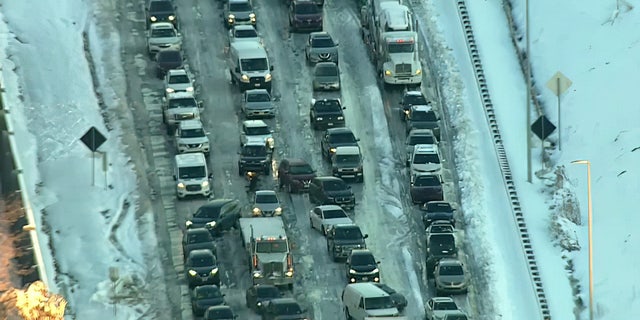 The Virginia Department of Transportation was warning motorists to avoid travel on I-95 until lanes reopen and congestion clears. (Fox)

“I started my normal 2 hour drive to DC at 1pm yesterday. 19 hours later, I’m still not near the Capitol,” Kaine tweeted Tuesday morning. “My office is in touch with @VaDOT to see how we can help other Virginians in this situation. Please stay safe everyone.”

The Virginia Department of Transportation is warning drivers to stay away from Interstate 95 Tuesday morning so crews can free hundreds of drivers who are stranded or in slow-moving traffic in temperatures well below freezing, in what officials are describing as an “unprecedented” event. 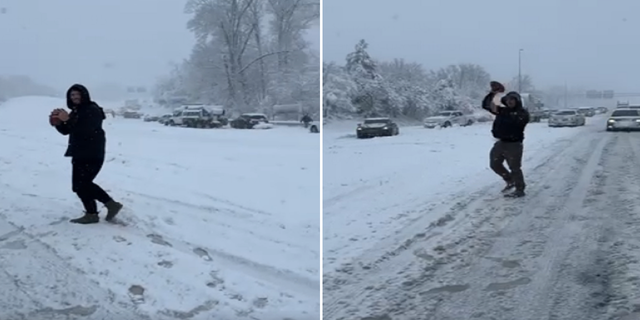 In these still images taken from a video provided to Fox News Digital by reader Brooke Midgett, two people toss a football while waiting for traffic to clear up along Interstate 95 in Virginia. “We were on our way home to North Carolina after seeing the Rams vs. Ravens in Baltimore. Should have a 6 hour trip but it took 18 hours! It was worth watching the Rams win!” she wrote. (Courtesy Brooke Midgett)

The situation currently unfolding in Northern Virginia comes after a winter storm dumped up to a foot of snow and toppled trees across the Fredericksburg region Monday. As of right now, Interstate 95 remains closed northbound and southbound between Exits 104 and 152 leading up to the Washington, D.C., metro area, and there are reports of drivers being trapped on the icy roads for at least 19 hours.

“We know many travelers have been stuck on Interstate 95 in our region for extraordinary periods of time over the past 24 hours, in some cases since Monday morning. This is unprecedented, and we continue to steadily move stopped trucks to make progress toward restoring lanes,” Marcie Parker, an engineer with the Virginia Department of Transportation’s Fredericksburg district, said in a statement.

The White House did not immediately respond to a request for comment.