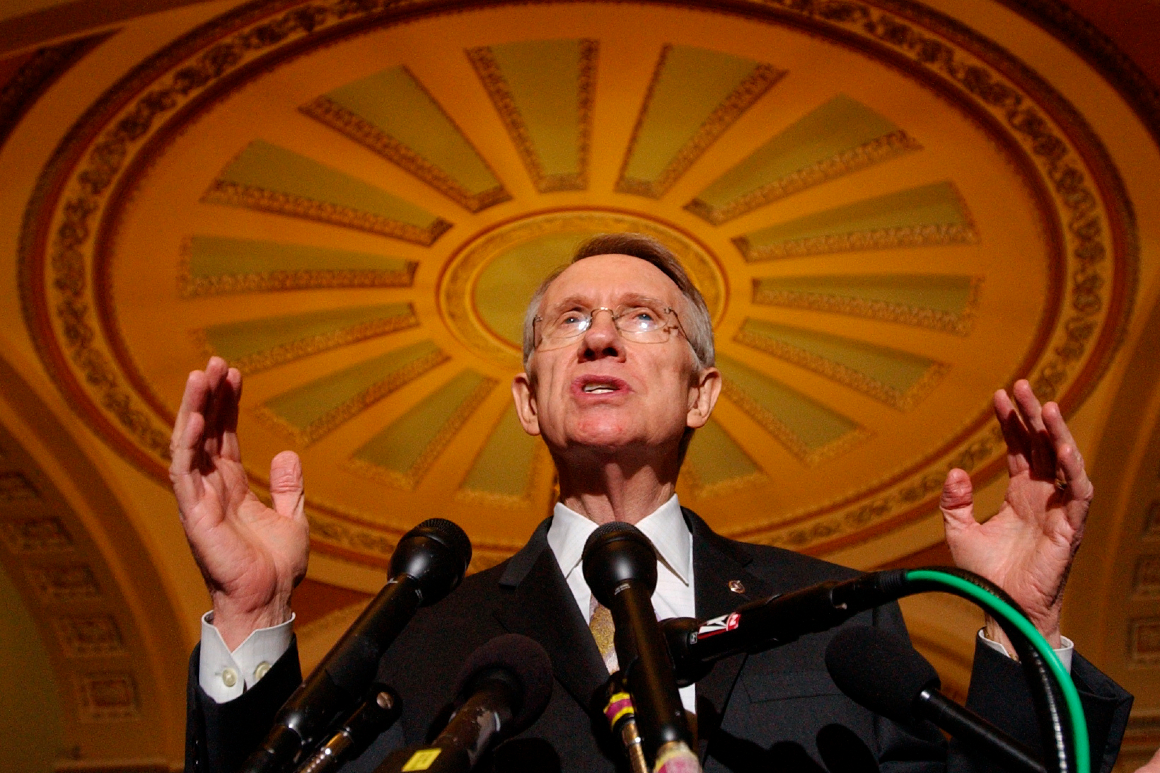 WASHINGTON — The late Sen. Harry Reid, the Nevada Democrat who served as majority leader during a 30-year career in the Senate, will lie in state in the U.S. Capitol Rotunda next week.

The leaders of Congress, House Speaker Nancy Pelosi and Senate Majority Leader Chuck Schumer, said in a statement Sunday night that ceremonies honoring Reid at the Capitol will take place on Jan. 12.

Events will include a formal arrival and departure ceremony. Details were to be announced later. Due to the Covid-19 pandemic, the ceremony was being limited to invited guests only.