Former U.S. Secretary of State Henry Kissinger said Tuesday that Ukraine must be willing to make concessions to end the conflict with Russia and avoid “a new war against Russia itself.”

The former official urged Western forces not to attempt a total defeat of Russia in Ukraine, saying that such an outcome would destabilize Europe and fracture international relationships.

Kissinger, 98, made his comments at the World Economic Forum in Davos, Switzerland, on Monday. Kissinger pushed Western powers to use negotiation to draw the conflict to an end, warning against any further military escalation.

“Negotiations need to begin in the next two months before it creates upheavals and tensions that will not be easily overcome. Ideally, the dividing line should be a return to the status quo ante,” Kissinger said, according to multiple reports.

“Pursuing the war beyond that point would not be about the freedom of Ukraine, but a new war against Russia itself.”

NATO and its allies have struggled to put forward a cohesive or unified front, with nations such as Italy and Hungary failing to crack down on Russian imports or separate themselves from Russian energy. 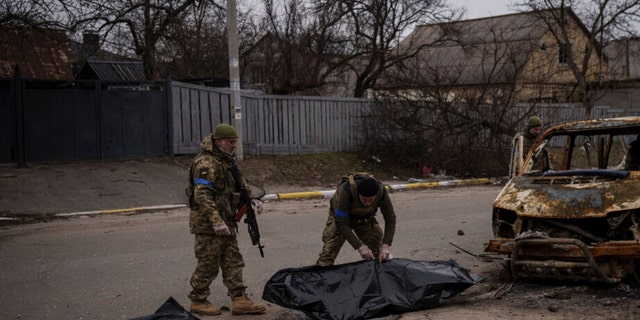 The U.S. has dumped tens of billions of dollars into the war effort, though the nation has stopped short of actual military intervention against the invading Russian forces.

Kissinger warned his audience that pushing further with embargoes or military might would risk sparking an all-out war with Russia.

Reps. Brian Fitzpatrick, R-Pa., and Dan Crenshaw, R-Texas, are currently in Ukraine, where they visited the U.S. Embassy in Kyiv, the first American lawmakers to do so since it reopened last week.

The embassy had shuttered its doors and relocated operations in the days prior to the Russian invasion of Ukraine earlier this year.

“The flag is flying once again, and it was very special for me because that’s where I worked when I was in Kyiv,” Fitzpatrick said in a phone interview with Fox News Digital.

The two House members arrived in Kyiv Tuesday morning as part of a multi-day trip. The congressmen plan to meet with members of the Ukrainian parliament, and will be discussing the $40 billion aid package and what Ukrainian officials can expect from it.