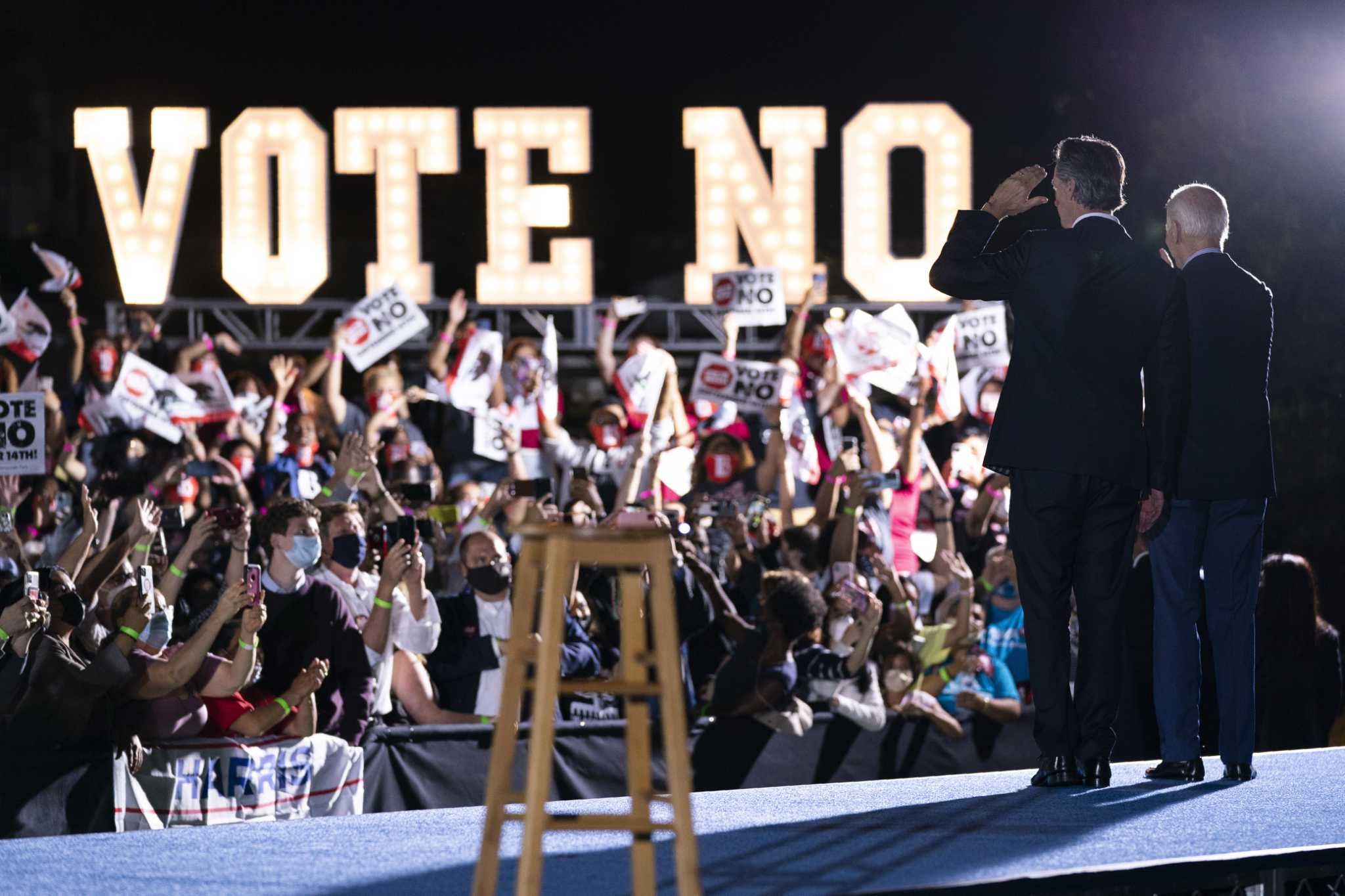 In his campaign to survive the Sept. 14 recall election, Gov. Gavin Newsom implored Democratic voters to leave the second question of the recall ballot blank. The question asked: If Gavin Newsom is recalled, which candidate should replace him?

This strategy was deployed in order to paint the recall as a choice between Newsom and replacement frontrunner Larry Elder, a firebrand conservative radio host whose decision to enter the race late has since been blamed for Newsom’s landslide victory.

Elder dominated the ballot’s second question, receiving 46.9% of the question vote as of 9:10 a.m. Wednesday morning. The next closest candidates were Kevin Paffrath and Kevin Faulconer at 9.8% and 8.6%, respectively.

However, that big lead for Elder is a bit misleading. As of Wednesday morning totals, there were 9,137,428 total votes cast on question one (Shall Gavin Newsom be recalled?), and just 5,057,445 cast on question two.

That means that 4,079,983 voters — or a whopping 44.7% of the electorate — left question two blank (or wrote someone in).  It’s estimated that around two-thirds of ballots have been counted statewide, so that 44.7% figure will likely shift in the coming days.

When looking at question two results after factoring in the large number of people who left it blank, the “actual” results are as follows:

You can explore full results at the California Secretary of State’s website here.