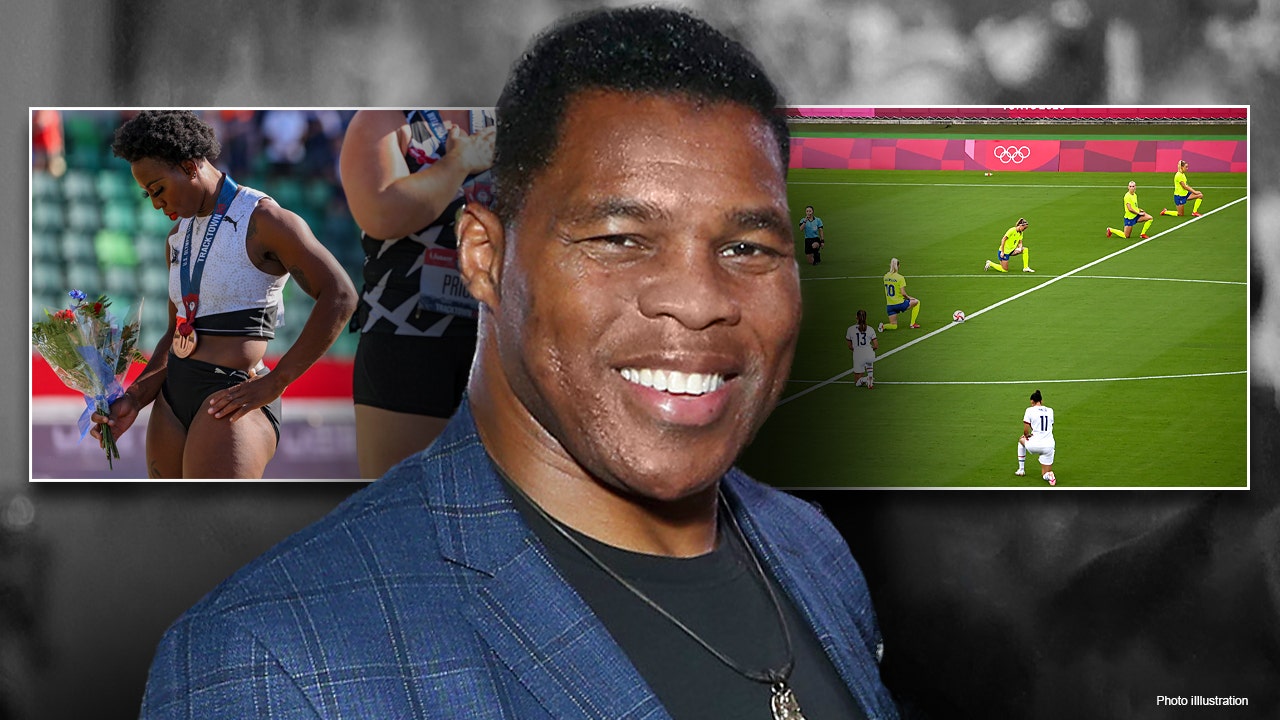 Georgia Republican US Senate hopeful Herschel Walker called off a Texas fundraiser Wednesday after an event organizer displayed a group of syringes arranged to form a swastika in her Twitter profile picture to protest vaccine mandates.

The fundraiser had been scheduled to take place Saturday at the suburban Dallas home of movie producer Bettina Sofia Viviano-Langlais.

“Herschel is a strong friend of Israel and the Jewish community and opposes hatred and bigotry of all forms,” campaign spokesperson Mallory Blount said. “Despite the fact that the apparent intent behind the graphic was to condemn government vaccine mandates, the symbol used is very offensive and does not reflect the values of Herschel Walker or his campaign.”

The Atlanta Journal-Constitution, which first noted the image, reported that the Walker campaign initially described it as “clearly an anti-mandatory vaccination graphic.”

After the Journal-Constitution published its story, Viviano-Langlais’ profile picture was changed to a sign reading “God Bless Texas.”

“Herschel Walker defended a swastika,” Democratic Party of Georgia spokesman Dan Gotttlieb said in a statement, “and canceling a fundraiser does not change the fact that he failed to condemn a hateful, anti-Semitic symbol.”

The syringe swastika image has made appearances at protests against vaccine mandates in other parts of the United States and around the world. Earlier this year, Rep. Marjorie Taylor Greene (R-Ga.) apologized after she compared mask and vaccine mandates to anti-Jewish laws enforced by Nazi Germany during the Holocaust.

“Those linking the atrocities committed by the Nazis to modern day public health policies must retract their shameless comparisons, take responsibility, and cease their exploitation of Jewish suffering as a political tactic,” Allison Padilla-Goodman, vice president of the southern division of the Anti-Defamation League, said in a statement. “We’re glad to see the fundraiser was canceled, and the behaviors of the host were denounced as offensive.”

The fundraiser for Walker, who is hoping to challenge Democrat Raphael Warnock in next year’s general election, required a $500 donation to get in and $5,800 for a VIP private reception. The Walker campaign said Monday it had raised $3.7 million in the third quarter of this year.

Walker, a Heisman Trophy winner for the University of Georgia Bulldogs, has been endorsed by former President Donald Trump — who encouraged him to get into the race earlier this year. Walker is facing three other Republicans in the primary, including Georgia Agriculture Commissioner Gary Black.