Hezbollah deputy chief Naim Qassem told reporters on Friday that although Hezbollah did not believe it was heading towards an escalation with Israel, they were “prepared to respond” should Israel strike Lebanese territory again.

“Israel must understand that it must stay deterred. Otherwise, we are prepared to respond,” said Qassem, who serves as the Lebanese terror group’s second-in-command.

Israel conducted airstrikes that targeted open areas in southern Lebanon on Thursday morning, the first to be publicly acknowledged by Jerusalem since 2014.

On Friday, Hezbollah fired a barrage of nineteen 122mm rockets into northern Israel, sending residents in a number of towns in the Golan Heights and Galilee Panhandle scrambling to shelters. The terror group immediately took responsibility for the rocket fire, which has not happened for over a decade and a half since the 2006 war.

It also released a video of the assault showing a mobile rocket launcher maneuvering into position, raising the launcher and firing the salvo of rockets at Israel.

An Israeli defense official, who spoke on condition of anonymity, said that Israel was preparing a wide range of possible responses to the rocket fire.

“The defense establishment is preparing additional options for a response through different means — overt and covert — in accordance with developments [in the field]. The continuation of our activities will be in accordance with operational needs and a timeframe that is best suited for Israel,” the official added. 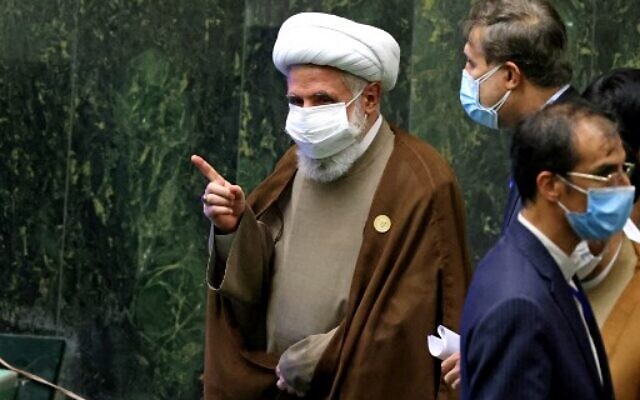 Hezbollah leader Hassan Nasrallah has yet to comment on the recent exchanges of fire across the border. He is scheduled to give a pre-planned speech on Saturday night that will likely deal with the recent escalation.

The Israeli army has said that it hopes to contain the situation without a major escalation. Military spokesperson Ran Kochav told reporters on Friday that Israel has “no intention of going to war, but we do not want to turn the Lebanon border into a line of confrontation.”

Kochav argued that Hezbollah was clearly already effectively deterred, as the terror group had only targeted open areas. But the Iron Dome system was activated to intercept some of the rockets, which is normally done only when projectiles are heading for populated areas, military bases or key infrastructure.

Further indicating that Israel did not expect a major escalation, the military told local municipal heads that did not need to take any emergency preparations, like opening bomb shelters.

Military analysts on Channel 12 said Israel would respond in its own time and would be reluctant to react while the north was full of summer tourists.

Like Kochav, Qassem stressed that “[Hezbollah] does not believe that matters are moving towards escalation.”

“Will this aggression grow? We shall see in the coming days. Hezbollah does not wait for events so as to prepare,” Qassem said.

The senior Hezbollah official justified the rockets as a direct response to the Israeli strikes. He claimed that the Israeli airstrikes had essentially forced the terror group’s hand.

“What Hezbollah did was a response to aggression. The whole world saw this aggression, and it would be impossible to stay quiet in the face of it,” Qassem said.

The airstrikes in southern Lebanon came as tensions have risen between Israel and Hezbollah’s regional patron, Iran. Iran’s leaders are avowed enemies of the Jewish state and publicly support terrorist factions that seek to destroy it. 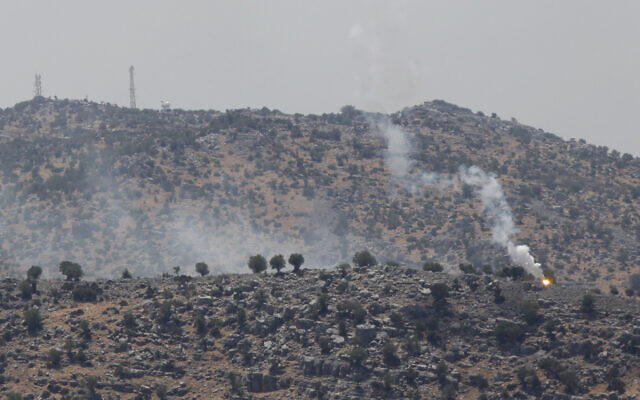 Iran and Israel’s ongoing shadow war has risen a notch over the past few days. Iran allegedly hijacked an Israel-affiliated ship, the Mercer Street, in the Gulf of Oman, leading to the deaths of two foreign nationals. The attack brought Tehran widespread condemnation.

Former Lebanese prime minister Sa’ad Hariri condemned the use of southern Lebanon as “a platform for regional conflicts.”

“Lebanon is not part of the Iranian-Israeli clash in the Sea of Oman,” Hariri wrote.