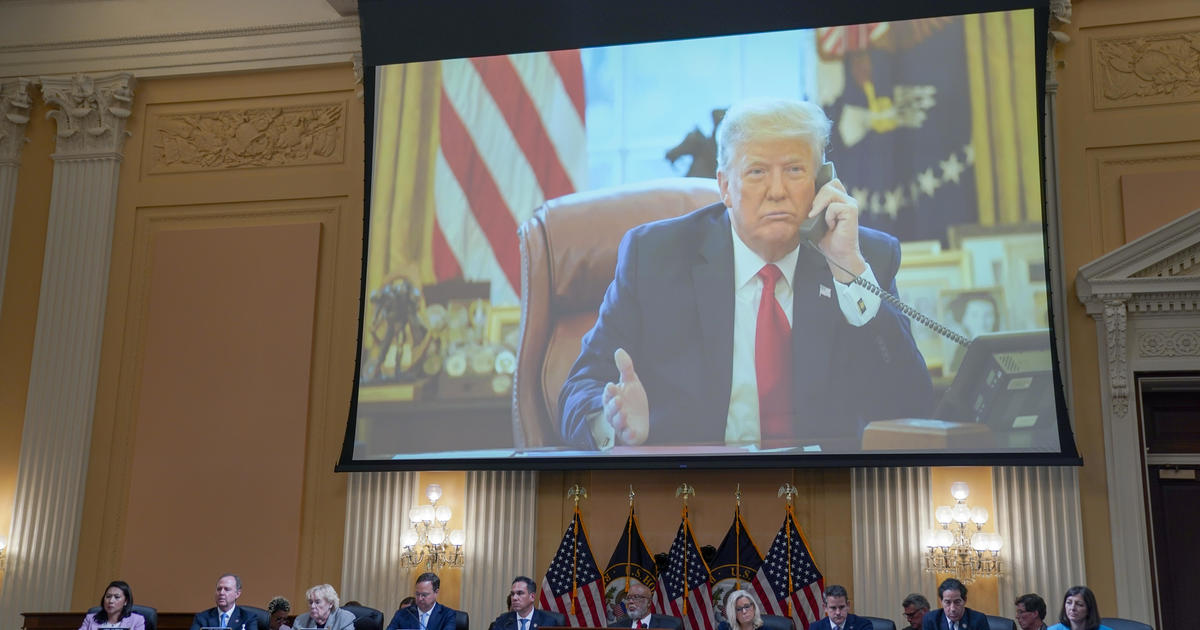 Expected to appear before the panel are two officials from Georgia, Secretary of State Brad Raffensperger, a Republican, and Gabriel Sterling, the state’s voting system implementation manager, as well as Arizona House Speaker Rusty Bowers. Trump lost both Georgia and Arizona to President Biden, but he and officials with his reelection campaign pushed top officials in those states to overturn the election results, in part through a scheme to submit alternate, pro-Trump slates of electors.

In Arizona, Bowers, who backed Trump in 2020, received a call from Trump and Rudy Giuliani, the former president’s lawyer, in late November 2020 urging him to have the state legislature substitute a slate of presidential electors, overriding Mr. Biden’s win in the state, according to the Arizona Republic.