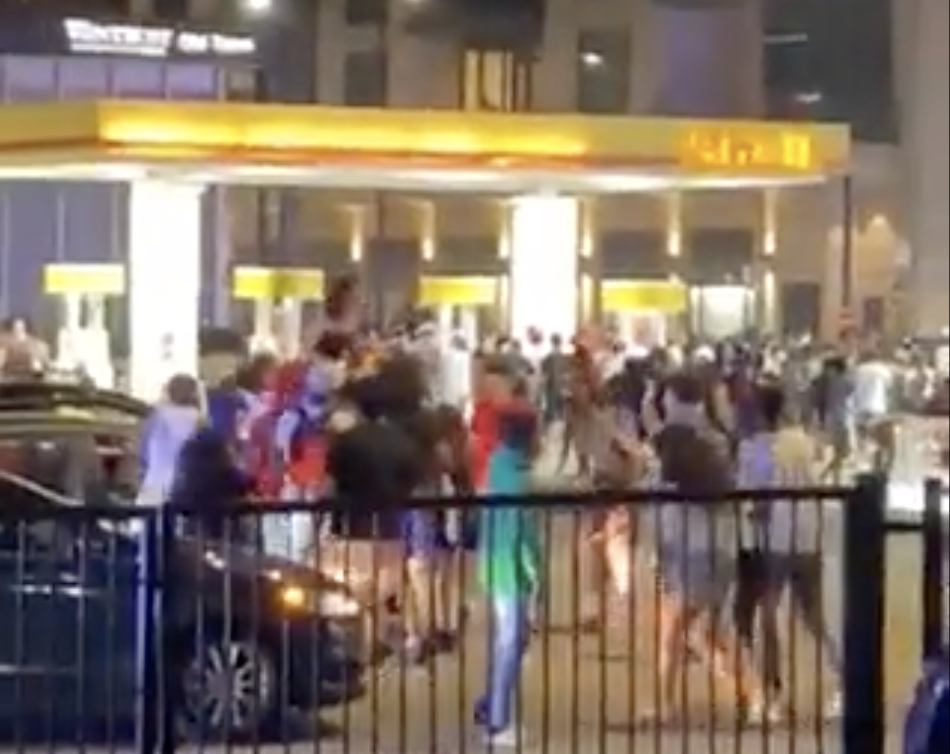 LINCOLN PARK — A Lincoln Park alderman wants the city to take legal action against the organizers of an illegal party that drew hundreds to North Avenue Beach, where they climbed onto lifeguard towers and nearby CTA buses.

Ald. Michele Smith (43rd), whose ward encompasses the beach, condemned the unpermitted party, which was anonymously promoted on social media and encouraged people to bring their own alcohol and drugs, she said in an email to her constituents.

“The event advertising said it was open to all ages and would feature a drinking contest, boxing matches, and twerking contests,” Smith said.

About 400 partygoers, mostly 14-21 years old, crowded the beach Wednesday evening, Smith said. Chicago Police confirmed the incident, saying they responded to about 9 p.m. to a “crowd of youths” who were dispersed from the beach and monitored as they left the area.

Videos of the gathering shared on Twitter showed a crowd of young people taking over the streets near the intersection of North Avenue and LaSalle Drive. Multiple people can be seen standing on cars and dancing.

An 18-year-old who allegedly ignored officers’ commands to disperse and tried to hurt several people was arrested about 11:25 p.m. in the 1700 block of North Clark, police said. He was charged with a misdemeanor count of reckless conduct.

Police were warned about the party, so they stationed officers at every entrance to the beach, including the pedestrian bridge over DuSable Lake Shore Drive, Smith said. They searched for illegal items and liquor, seizing a “significant amount” of alcohol.

The crowds were dispersed between 11 p.m. and midnight, Smith said.

Smith is calling on the city’s departments of Cultural Affairs and Special Events, Business Affairs and Consumer Protection and the Chicago Park District to work with police to bring legal action against the event’s organizers.

“The 43rd Ward hosts hundreds of events every year. We do so in a manner that is safe and secure for participants and residents,” Smith said. “The 18th District’s prompt and professional handling of this has sent a message that we will not tolerate unruly or unsanctioned behavior in our community.”

Click here to support Block Club with a tax-deductible donation.

Thanks for subscribing to Block Club Chicago, an independent, 501(c)(3), journalist-run newsroom. Every dime we make funds reporting from Chicago’s neighborhoods. Click here to support Block Club with a tax-deductible donation.