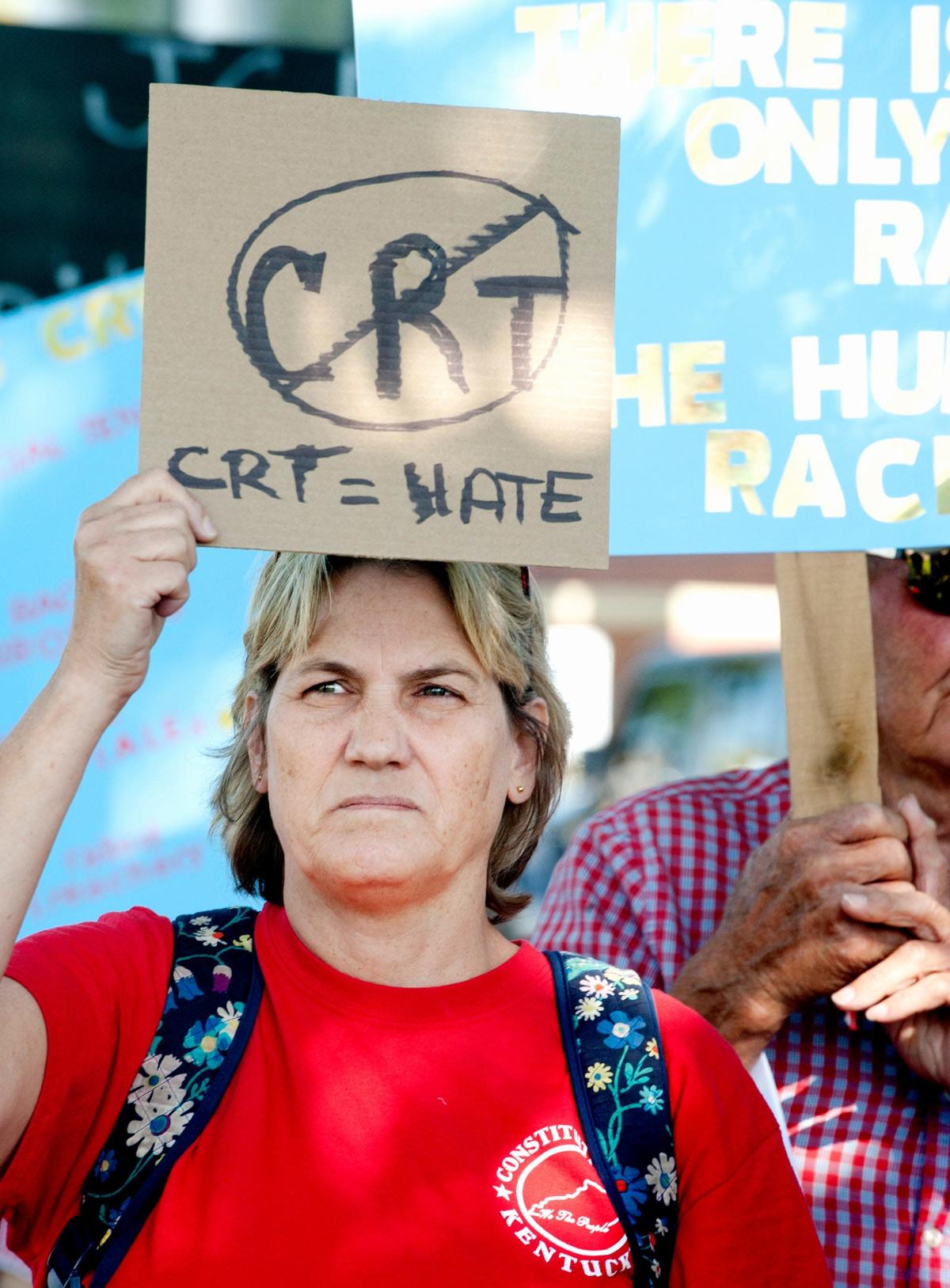 A few years ago, I was visiting a third-grade classroom in Lexington, Kentucky. In the middle of a lesson, a loud alarm sounded, and students, teachers and visitors were instructed to follow the protocol for an active shooter drill. We spent the next 10 minutes huddled together in the tiny classroom bathroom with no lights and in absolute silence. We were all fearful that a child who suffered severe trauma and was known to hit, kick and shout obscenities in the classroom would not be able to control herself. To everyone’s surprise, she did. It’s an experience I will never forget.

Those who are advocating for anti-Critical Race Theory legislation would like us to believe that reading certain texts and learning certain facts about our history would make students “uncomfortable.” They are suggesting, for example, that reading about Martin Luther King (MLK Jr. and the March on Washington) or Ruby Bridges (The Story of Ruby Bridges) would bring psychological distress to our children. To those of us who have been former classroom teachers and who see the stress students experience due to gun violence, bullying, high stakes testing, poverty, family discord, racial/ethnic prejudice and so many other factors, this assertion seems laughable.

As early as three years of age, children are forming judgments about people based upon racial differences. Ellen Goodman’s research, which involved extensive observations of 100 Black and white children ages 3-5, revealed that not only was racial awareness present, but 25% of the children in her sample were expressing strongly entrenched race-related values by the age of 4. By the time they are in first grade, some children act on those stereotypes in prejudicial ways. Contrary to the assertions of some parents, schools are not teaching children to “hate each other,” indeed, some are already doing so.

Research also shows that conversations about race are vital to overcoming racial prejudice. Reinforcing a “colorblind” stance — as this legislation would do — is counterproductive in that it allows and even encourages discrimination against students of color. That is, while it intuitively might make sense to treat everyone the same and to disregard issues of race, “not seeing color” in schools ignores the needs of students from non-white populations and thus actually perpetuates racial practices.

Readers’ recommendations: Want to understand what it means to be anti-racist? Read these books.

At the same time, biases can be unlearned. Unlearning racial prejudice, however, takes a concerted effort by parents, teachers and others who are significant in their lives. That is, the only way to counteract racial, gender and other forms of prejudice is to confront it. Our children must learn about the actions of Black and Brown heroes. They must be allowed to study all of our history, including the ways in which race and gender has shaped that history. And they must be able to have conversations with diverse “others” so that they can learn from them. Reading and learning about the experiences of those who differ from ourselves does not teach hate; rather, it reinforces compassion and empathy.

And this is what makes anti-CRT legislation — such as the bills proposed in Kentucky — so incredibly dangerous.

Rebecca Powell, Ed.D. is Professor Emeritus of Education at Georgetown College and a former elementary teacher.

Read tips here: How to submit a guest opinion column or op-ed to The Courier Journal

This article originally appeared on Louisville Courier Journal: Opinion: The dangers of anti-CRT laws from someone who studies racism