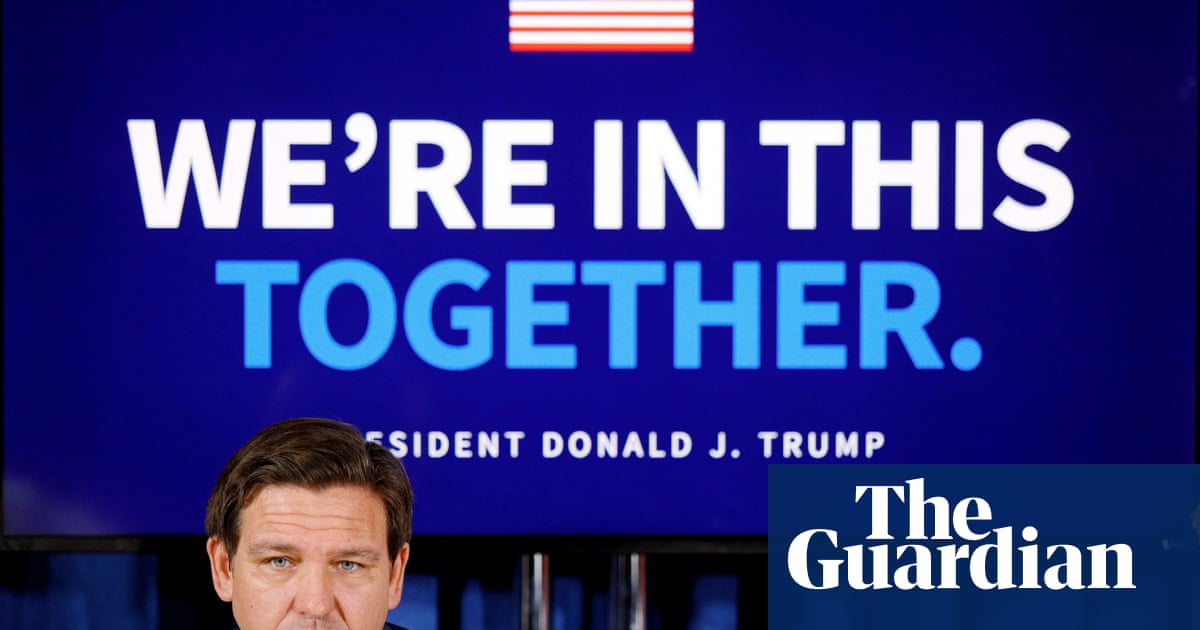 The bromance between Donald Trump and the Florida governor, Ron DeSantis, appears to be waning as the prospect of the two extreme-right Republicans facing off for the party’s presidential nomination grows, with Trump declaring “I think I would win.”

As DeSantis’s popularity among the Republican base grows nationwide – thanks in part to his regular combative appearances on Fox News and anti-liberal rhetoric – his dramatic ascent in the polls and his refusal to rule out running for president has clearly riled Trump.

True to form, Trump has begun his offensive by taking credit for his likely rival’s success.

“If I didn’t endorse him [DeSantis], he wouldn’t have won,” Trump told the New Yorker, which published an in-depth story profiling DeSantis’s rise. The former president said that he and DeSantis had a “very good relationship”, adding “I’m proud of Ron.”

Trump endorsed DeSantis in 2017 over then-Republican frontrunner Adam Putnam after being impressed by the former athlete’s combative stance.

Trump, who could soon be forced to give testimony under oath in a New York state civil investigation into his business practices, said he was “very close to making a decision” about launching a third consecutive presidential run, which he has been hinting at ever since losing the 2020 election – a truth he still refuses to publicly accept.

“I don’t know if Ron is running, and I don’t ask him,” Trump said. “It’s his prerogative. I think I would win.”

In a handful of polls DeSantis, who faces an election for the governor’s mansion later this year, comes out ahead of Trump in the race for the Republican presidential nomination. Without Trump, he commands a big lead. (Lagging way behind in third place is the Texas senator Ted Cruz.)

The governor’s rising star and declining interest in hanging out with Trump at Mar-a-Lago in Florida, are fuelling resentment among the former president’s inner circle. One Republican political consultant told the New Yorker, “Trump World is working overtime to find ways to burn DeSantis down. They really hate him​.”

Perhaps worried that neither his fanbase nor DeSantis subscribe to the New Yorker, Trump said much the same when asked for his thoughts on the 43-year-old governor running for the White House during a phone interview with the rightwing TV station Newsmax on Monday.

“I have a good relationship with Ron, I don’t know that he wants to run. I haven’t seen that. You’re telling me something that I’ve not seen, so we’ll see what happens,” he said. “But no, I was very responsible for getting him elected.”

In another move that’s unlikely to please Trump, some wealthy donors who supported Trump’s failed 2020 election race have started contributing to a political committee tied to DeSantis, Politico reported on Sunday. For many this was their first time donating to a candidate in a Florida state-level election.