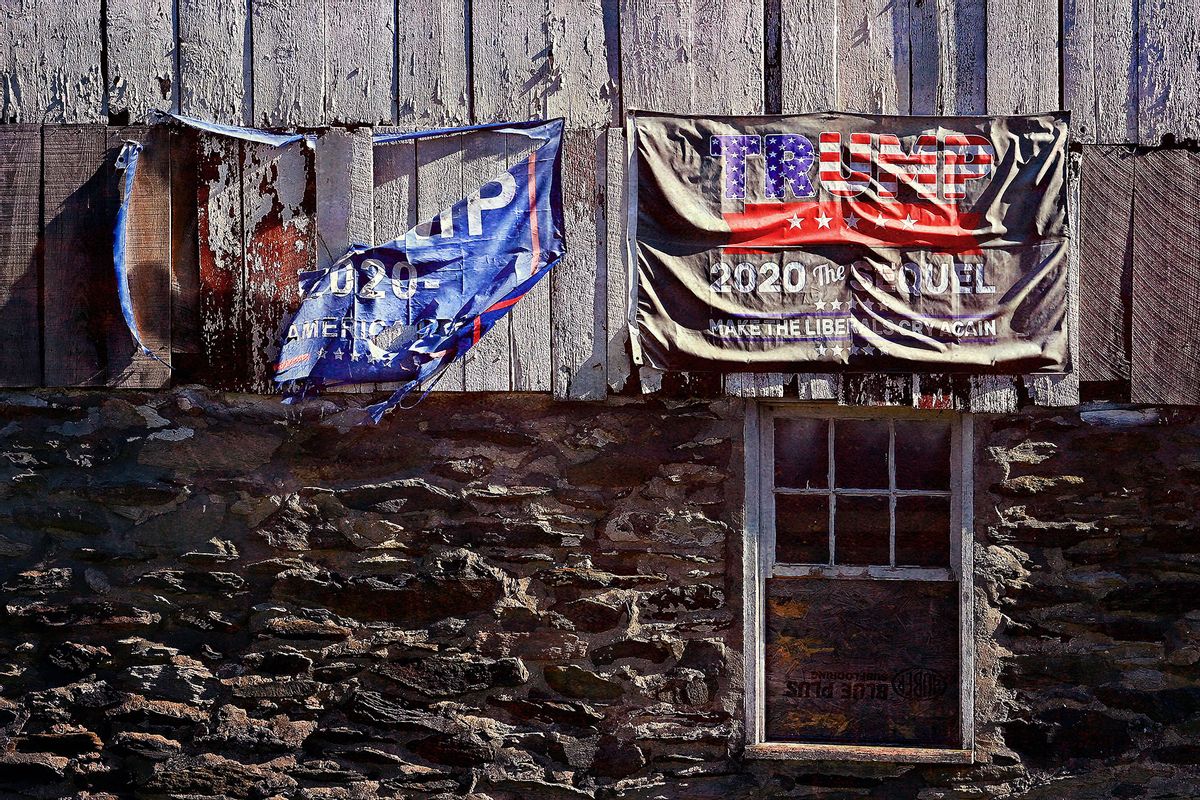 I voted for Donald Trump four times and Ron DeSantis twice, counting Republican primaries and general elections. I used to be an in-demand political pundit for Republican/conservative media; my work and writing appeared on sites and radio shows listened to or read by millions of Americans: Fox News, the Federalist, Real Clear Politics and elsewhere. I had frequent public speaking engagements. I was writing the obligatory hyper-partisan, fire-breathing book that was expected of somebody in my position. It was going to get me my own prime-time TV opinion show and professional podcast. I had a publisher interested in my manuscript.

That has all changed. Now I will solely vote Democrat, in the national interest of mercy-killing the Republican Party. How, and why, did I get here?

To be clear, I am not a registered Democrat. In Florida, where I live, I’m a registered NPA — No Party Affiliation, or independent. Millions of us have an opportunity to make history in November, and beyond, by forming unlikely but necessary alliances to defeat Republicans in every election at every possible level — from Congress to governors’ mansions to state legislatures, county and city offices and school boards.

Does this mean I agree with all the Democratic Party’s policy positions? Absolutely not, and that’s exactly the point — this moment of necessary unity will require those of us to come together who have legitimate disagreements on policy, but who concur that the GOP is leading our beloved country, and numerous of its states, to the slaughter.

Our nation has a long history of unprecedented partnerships, all of which were considered requisite in the continued pursuit of perfecting our Union and maintaining our position as the greatest bastion of liberty in the world:

I believe our current epoch presents us with a moment similar to the aforementioned historic events — a moment in which America faces yet another existential  challenge.

I supported Trump — really and truly. I believed a Hillary Clinton presidency (and, four years later, a Joe Biden presidency) would mean the end of America.

I supported Donald Trump. I really did, and without much reservation. I believed the fallacy that a Hillary Clinton victory (and, then, four years later, a Joe Biden victory) would mean the end of America and the start of permanent Democrat rule over our nation. I was attracted to Trump because he incurred almost equal levels of ire, at least at first, from both of our major parties. My first-ever vote in a presidential election was in 2000, for Ralph Nader, and I saw in Trump some of those same maverick qualities.

During Trump’s presidency, I adopted — and vigorously preached — the right-wing gospel: Democrats were importing foreigners to win elections forever; leftists were coming for our guns; nationalism was patriotism; there was a shadowy network of censors whose teleological purpose in life was to suppress Republican or conservative points of view; predatory men were using women’s bathrooms everywhere; and, of course, Barack Obama was the worst president in history and made Jimmy Carter look like George Washington.

I’m here to tell you that I was wrong. I was wrong about all of it. Acknowledging my errors in judgment was the start of my own personal healing process, after I came to realize that my extreme partisanship and dehumanizing of Democrats were the results of my own self-inflicted political traumatization.

For the first year after the Jan. 6  insurrection, I was in the camp of, “Yeah, it was bad but it’s being overblown.” Then I began to look at the event more objectively, started to learn more about how many of the participants were radicalized, and continued to witness Trump traumatize the nation with his stolen election lies. I say — with no qualms and no fear of being hyperbolic — that Trump is the most  politically traumatizing figure in American history. His “rigged and stolen election” is the new version of the Confederacy’s “Lost Cause.”

There was another event in my journey, however, which acted as a kind of healing accelerant for me, once the shock wore off. When COVID hospitalizations for children began to skyrocket here in Florida last summer, during the delta surge, I told other Trump and DeSantis voters that our governor would divorce himself from the COVID-deniers and the spreaders of vaccine disinformation. As you probably know, he didn’t do that. Instead, DeSantis quadrupled down on undermining the vaccine and undoing health precautions.

When COVID hospitalizations for children began to skyrocket here in Florida, I told other Trump and DeSantis voters that our governor would surely divorce himself from the virus-deniers and vaccine truthers.

Up until that point, I’d had a favorable impression of DeSantis; he seemed like a mostly drama-free purple-state governor who was genuinely interested in the hard work of governing and policymaking. The “new” DeSantis shocked me. I came to realize that he had sold his soul to keep those in the thrall of the GOP’s pandemic nonchalance, hysteria and paranoia stuck in self-perpetuating and self-exacerbating cycles of unhealed political trauma. As a father of two young daughters, I found DeSantis’ Molochian offering — to propitiate those with little to no regard for life or the suffering of others — behavior unworthy of anyone’s vote. Such a spectacular failure in leadership is rare, from any political figure of any party.

My new organization, Listen. Lead. Unite., is dedicated to healing America’s political trauma by bringing together communities and elected leaders to collaborate on nonpartisan economic, educational and quality-of-life  solutions. There is an immense amount of work ahead of us, and I say this with no pleasure: Our nation is about to endure the kind of tumult none of us has ever lived through, and the best time to commence trying to heal is right now.

We Homo sapiens are a binary species; I believe Americans deserve a healthy two-party system. But the bedrock foundational principles of a functioning two-party system must include the rule of law — in the famous formulation, we are a government of laws, not of humans — and the peaceful transfer of power, not just from one president to another, but at all levels of elected office.

In my view, the Democratic Party is relatively healthy, although it has two major blind spots: It takes for granted many historically Democratic voting blocs — such as religious minorities, LGBTQ citizens and Black and Latino voters — and it almost entirely ignores rural America. In contrast, the Republican Party is terminally ill, and its leadership knows that; that’s why they have staked a path forward that is, well, backward, with increased emphasis on everything male/Caucasian/Christian and heterosexual.

The question before us now is whether, after 246 years of incremental and sometimes painful progress, we begin to cede ground and go backward. Or will we continue to shape our destiny in the vision of our founders, whose blueprint for our republic made clear that the maintenance and expansion of a free nation was rigorously difficult, but was both our birthright and our mandate? That will require cooperation, flexibility and sacrifice.

We must heal our nation by re-establishing a resounding majority in favor of democracy — a majority that leaves no doubt that, when history calls, Americans of diverse views and backgrounds will answer the call by conjuring the better and  braver angels of our nature.

As I said above, America needs and deserves a robust two-party system. But to get there, and to carry on our blessed experiment in self-governance, one of our current political parties — the one I supported for many years — must be put out of its misery.

about Never Trumpers and repentant Republicans