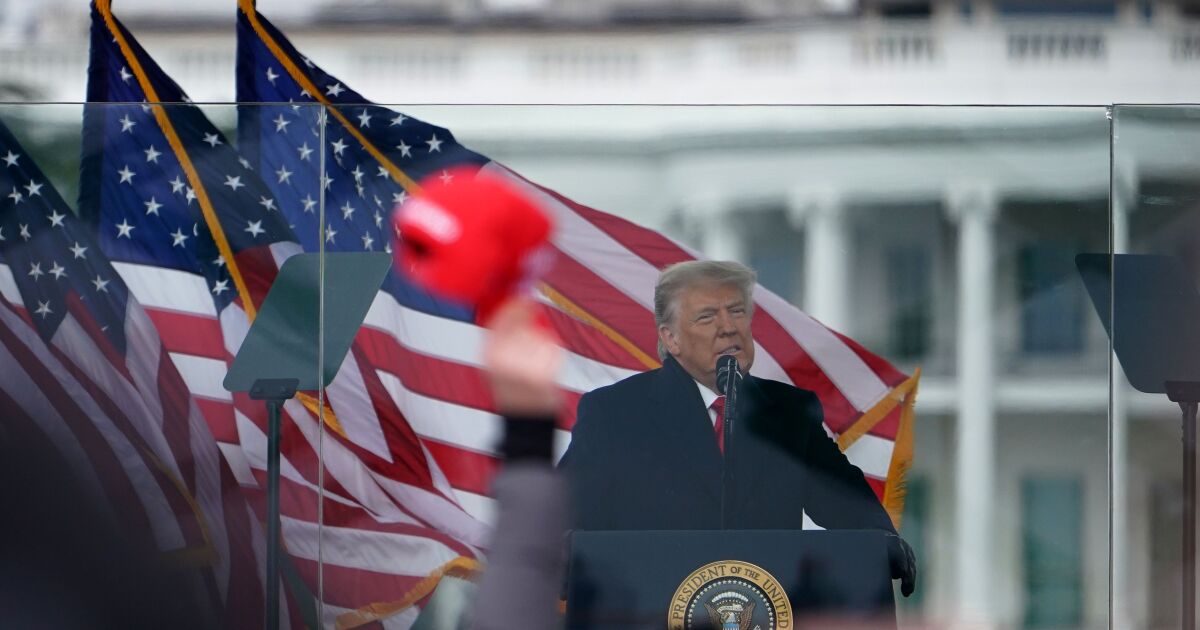 To the editor: Harry Litman believes in the need for society to repudiate the “Big Lie”, but his column mainly discusses criminal prosecution of former President Trump.

How would a trial help turn deniers towards the truth? The Big Liars would only dig in deeper with a larger stage.

I think President Biden should preemptively pardon Trump. A pardon is an olive branch that also presupposes Trump’s guilt. The Big Lie should be left alone to fall on the feebleness of its own legs.

We should let Biden, not Atty. Gen. Merrick Garland, shepherd the best interests of the country, and like it or not that might mean a pardon.

To the editor: Recall that 48 years ago, former President Richard Nixon was pardoned after the Watergate scandal, which denied the country closure for his crimes and their attempted coverup.

As a result, many still see Nixon as a great president. He thus became a role model for Trump and his henchman Roger Stone. It proved that some in our country are indeed “above the law.”

Nixon’s pardon left an open door for future scoundrels in high office to break the law and evade accountability. Perhaps, had Nixon been indicted and tried, it would have given pause to Trump and his advisors before they planned their insurrection.

To the editor: Litman says there is enough evidence to criminally prosecute Trump based on what appear to be the many crimes uncovered by the House Jan. 6 committee.

To be sure, Trump attempted a coup, inspired an insurrection and attempted to thwart the constitutional duties of Congress.

However, the “Big Lie” has created the “big divide” that is not going away anytime soon. A criminal prosecution of Trump would only inflame his base to more bad action. Having established the record, Congress can be certain of history’s judgment and hopefully of the electorate’s as well.

Meanwhile, a tax evasion trial in New York would be perfect.

To the editor: As bad as Jan. 6, 2021 was, even worse is the fact that about a third of the American people don’t care and might even embrace the coup.

Citizens of many other countries have blindly and passionately supported grossly immoral and despotic leaders, and now it’s happening to us. It is truly a time for prayer.