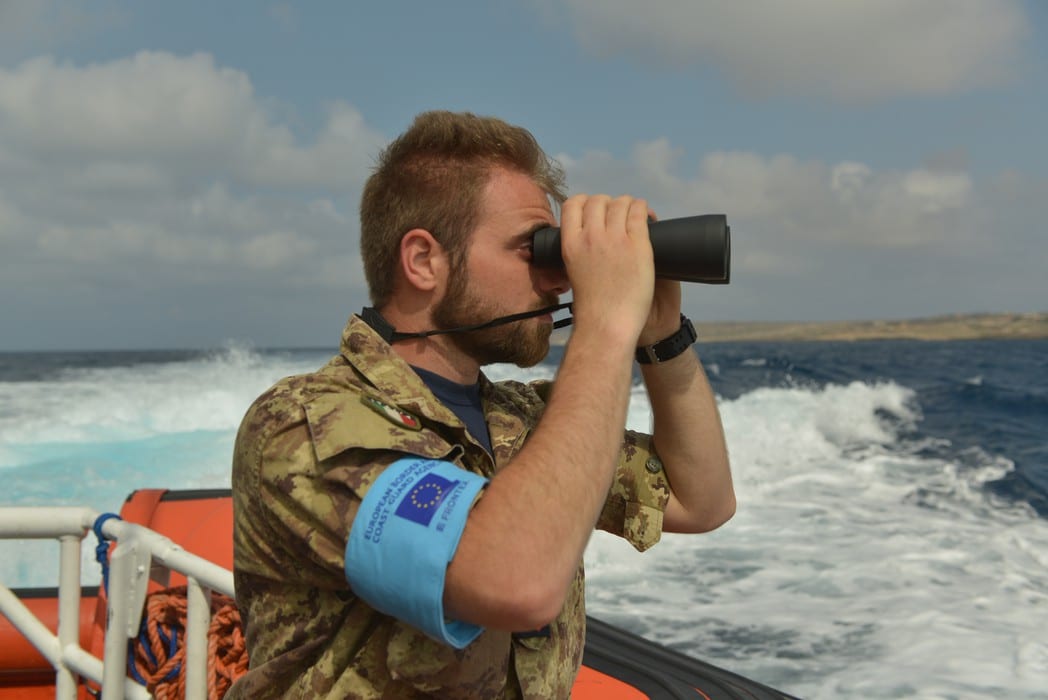 The number of illegal border crossings at the European Union’s external borders in the first ten months of 2021 rose nearly 70% to 160,000 and 45% when compared with 2019, according to preliminary calculations by Frontex, the European Border and Coast Guard Agency.

In October, there were close to 22,800 illegal border crossings on Europe’s main migratory routes, 30% more than in 2020 when pandemic-related border restrictions were in place. It is also 18% more compared with October 2019 and the pre-COVID situation.

The most significant increase was reported on the Eastern, Western Balkan and Central Mediterranean routes and in Cyprus. The number of detections dropped in the Western Mediterranean.

On the EU’s Eastern frontier, the total number of detections of illegal border crossings this year amounted to close to 8000, fifteen times more than in 2020. Main nationalities include migrants from Iraq, Afghanistan and Syria.

The EU border with Belarus remained the most affected by the migration flow in 2021.  After reaching a historical high of arrivals in July (climbing over 3200), migrant arrivals on the Eastern land route decreased in the following months dropping to over 600 in October 2021.

While high level frictions between the EU and the Belarussian regime continue, the EU Member States neighboring Belarus have all significantly strengthened their border control measures under exceptional states of emergency. The enhanced controls prevented large-scale flows from reaching the EU from Belarus in October.

That means that in October, 40% of illegal crossings into the EU occurred via the Western Balkans.

Most migrants on this route came from Syria, Afghanistan and Morocco.

Between January and October, European authorities reported 55,000 illegal border crossings on the Central Mediterranean route. In October alone, 6240 illegal crossings were reported, 85% more than in the previous year under COVID-related restrictions and 186% more than in 2019.

A significant development in October is the growing number of migrants registered in Italy arriving directly from Turkey by sea.

The main nationalities on this route included Tunisians, Bangladeshi and Egyptians. Egyptians have become the third main nationality registered in the Central Mediterranean, reported mainly from Libya.

In the first 10 months of this year, there were 16,390 illegal border crossings reported on the Western Mediterranean route, about 14% more than last year and 23% less as compared to 2019.

In October, 1614 illegal crossings were detected, down 42% from last year.

Algerians accounted for 63% of illegal crossings on this route, followed by Moroccans (29%).

Most migrants on this route came from Morocco and sub-Saharan Africa.

Most migrants on this route came from Syria, Turkey and Congo (Kinshasa).

The figures from Frontex come as the U.K. (no longer a part of the EU) and France have clashed over the Channel migrant crisis. At least 27 people drowned as they attempted an illegal migration, organized by people smugglers, across the Channel sea from France to the U.K. on November 24. At least three of the deceased were children.

U.K. Home Secretary Priti Patel said there is no quick fix. “This is about addressing long-term pull factors, smashing the criminal gangs that treat human beings as cargo, and tackling supply chains. This requires coordinated international effort and I have been in constant contact with my counterparts from France, Poland, Austria, Belgium, Italy, and Greece to name just a few.”

Patel added that traffickers will always find people to exploit and manipulate – some of them do not even know they are coming to the U.K.

“The criminals that facilitate these journeys are motivated by self-interest and profit, not by compassion. They threaten, intimidate, bully, and assault the people who get into these boats, and they have a complete absolute disregard for human rights. They use the money they make for other heinous crimes, and we simply have to break their business model and, of course, bring them to justice.”

The U.K. government’s New Plan for Immigration, which will be put into law through the Nationality and Borders Bill is a longer-term solution that aims to address illegal migration and address underlying pull factors into the U.K.’s asylum system.

French President Emmanuel Macron said yesterday that British Prime Minister Boris Johnson is politicizing the crisis after the latter complained that France was not doing enough. Anglo-French relations have suffered since the U.K. left the EU, and recently came to a head over fishing rights. But Macron and Johnson must put their differences aside and waste no further time on a war or words or point scoring. The Channel migrant crisis needs and deserves a strong, coordinated and committed approach from both sides of the water, otherwise the only winners will be the smugglers profiting from these dangerous crossings.