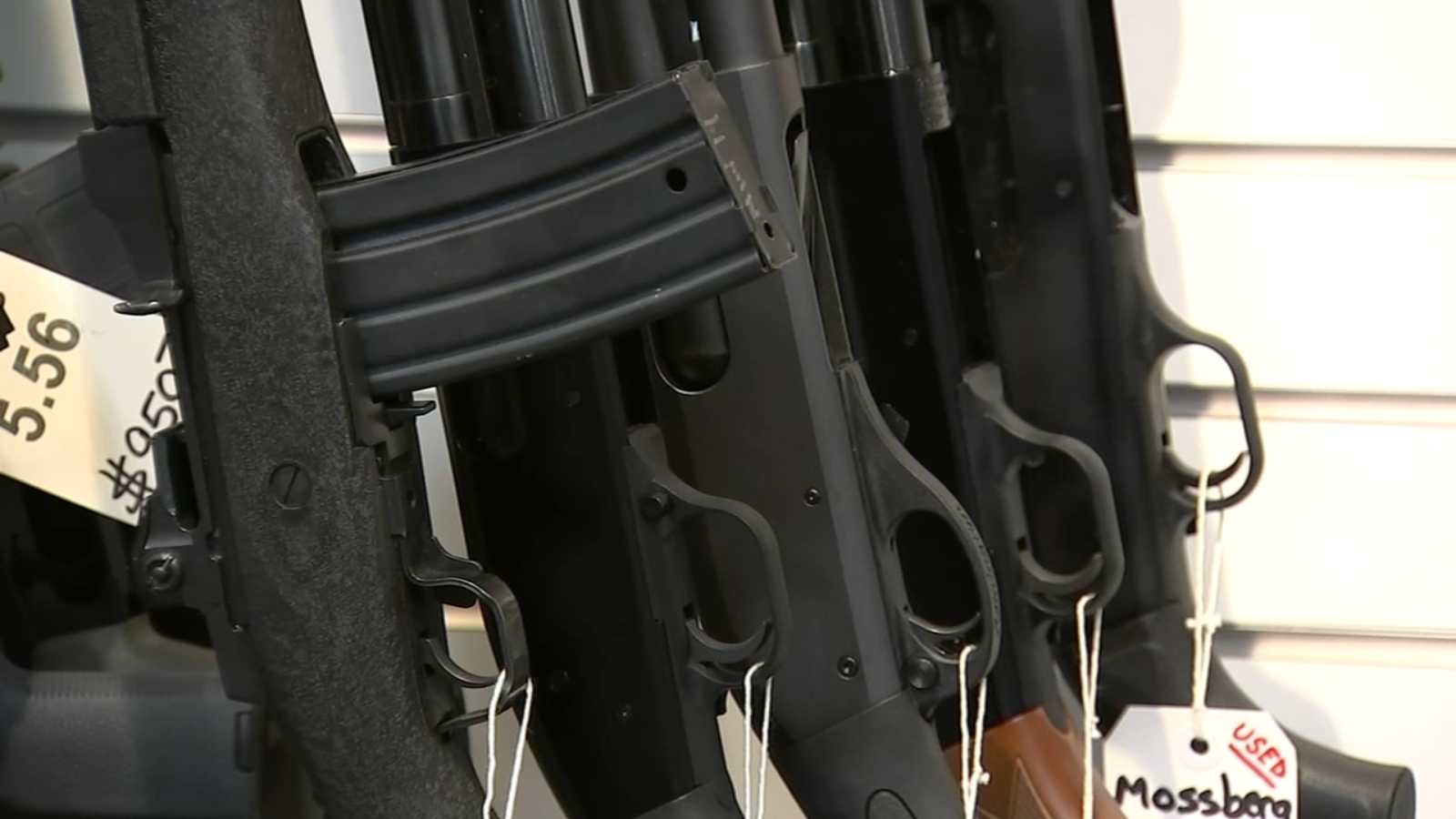 CHICAGO (WLS) — A downstate judge granted a temporary restraining order to put a “pause” on a new law that bans many assault weapons in Illinois Friday afternoon.

The TRO stops the state from enforcing the ban, but only applies to four federal firearm license dealers and 862 Illinois citizens from dozens of counties who signed on as plaintiffs.

In granting the temporary restraining order, Effingham County judge Joshua Morrison found a “lack of procedural compliance” by lawmakers, including violations of the “single subject” and “three readings” rules of the Illinois Constitution.

“The Democrats that control our legislature, they know that they’ve completely abandoned the procedural requirements of how legislation is supposed to be passed,” said plaintiff’s attorney Tom DeVore.

“They passed gun regulations that don’t apply equally to everybody,” DeVore said.

The plaintiffs did not argue a Second Amendment violation, but that is the basis for at least two other lawsuits, including one filed in federal court.

The first two suits were filed in state court. The third challenge to the state’s assault weapons ban was filed in federal court by the Illinois State Rifle Association.

‘This is clearly a multi-pronged attack by the people who are opposing the assault weapons ban. They’re challenging it procedurally. That’s what happened in this case. Other plaintiffs are challenging it on the basis of Second Amendment rights,” said ABC7 Legal Analyst Gil Soffer.

In a statement on the decision, Gov. JB Pritzker said: “”This decision is not surprising. Although disappointing, it is the initial result we’ve seen in many cases brought by plaintiffs whose goal is to advance ideology over public safety. We are well aware that this is only the first step in defending this important legislation. I remain confident that the courts will uphold the constitutionality of Illinois’ law, which aligns with the eight other states with similar laws and was written in collaboration with lawmakers, advocates, and legal experts.

Illinoisans have a right to feel safe in their front yards, at school, while eating at bars and restaurants or celebrating with their family and friends. The Protect Illinois Communities Act takes weapons of war and mass destruction off the street while allowing law-abiding gun owners to retain their collections. I look forward to the next steps in this case and receiving the decision this case merits.”

Those who worked to pass the law said their fight continues.

“A setback always sets people up for a comeback, so I’m going to trust in the process, and I think other advocates and other survivors are going to as well,” said Ashbey Beasley, Highland Park mass shooting survivor.

Pritzker signed the law earlier this month. Since then, it’s faced push-back from gun owners and even some area sheriffs.

“Firearms of these types that have traditionally been held for lawful purposes simply may not be banned,” Maag said.

Other groups, including the Illinois Gun Rights Alliance, are promising more lawsuits in federal court.

“We anticipate getting some type of injunctive relief very quickly once we file,” said Dan Eldridge, with the Gun Rights Alliance.

The suit filed in the U.S. District Court for the Southern District of Illinois by a St. Clair County resident, two gun stores, the Illinois State Rifle Association and two other organizations also names Illinois Attorney General Kwame Raoul and other Illinois officials.

It calls the law unconstitutional, saying this assault weapons law was adopted for “self serving political purposes.”

The executive director of the ISRA said in a press release that “This new law makes criminals out of law-abiding citizens.”

Executive Director Richard Pearson goes on to say, “The real problem is that there are existing gun laws that do not work because they are not enforced.”

A number of county sheriffs around the state have publicly vowed not to enforce the new law, prompting an open letter signed by 16 state legislators, criticizing DuPage County Sheriff Jim Mendrick.