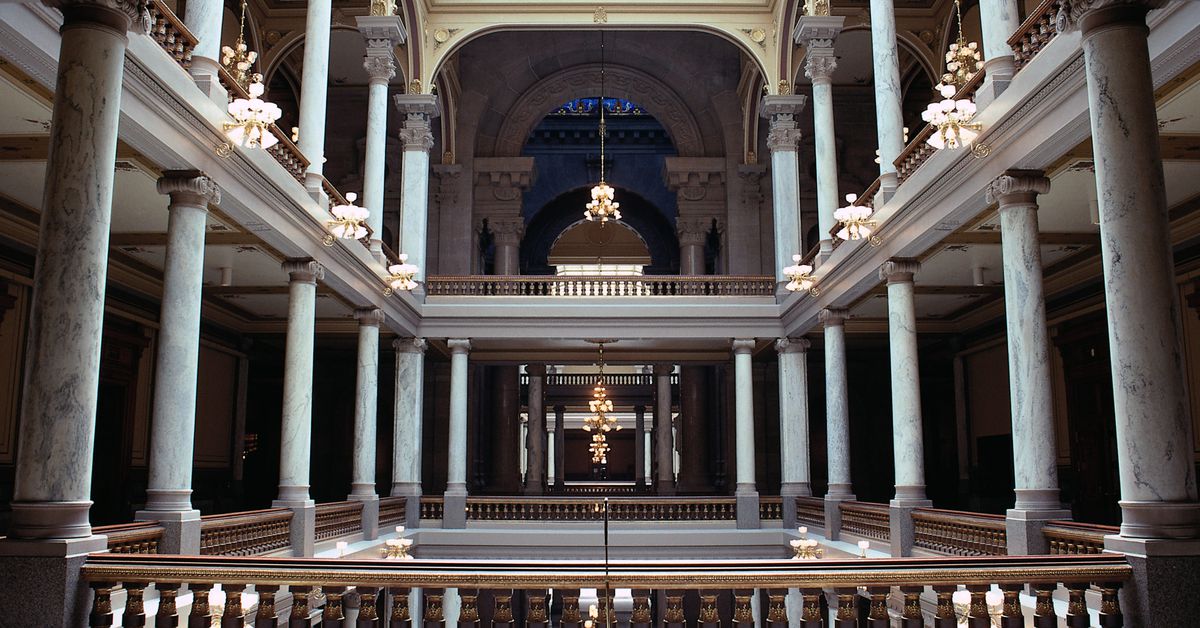 Two Indiana lawmakers got into a tense exchange Wednesday over whether a controversial bill would prevent teachers from condemning racism.

The bill, authored by Rep. Tony Cook, R-Cicero, would ban teachers from promoting eight concepts, including teaching about race and racism in a way that makes students feel responsible for matters like slavery and discrimination.

In an education committee hearing, Rep. Vernon Smith, D-Gary, asked Cook whether a “good citizenship” clause added to House Bill 1134 would allow teachers to say unequivocally that “racism is bad.”

“(Those) examples would certainly talk about racism and how it was approached in a very bad way in our country at one time,” Cook said. “What this bill is meant to caution against is bringing in my own feelings and imposing or promoting those to students.”

Cook later clarified with Chalkbeat that the bill would allow teachers to condemn racism, through the new language encouraging teachers to promote the values of the U.S. Constitution over other political systems. Racism, he said, is contrary to constitutional ideals, citing amendments that abolished slavery, offered equal protection, and gave voting rights to Americans of color.

“I will say racism is bad. I would say that in a classroom under this bill,” said Cook, a former teacher.

Cook amended his bill after a national outcry over another Indiana lawmaker’s comments that teachers should be impartial when teaching Nazism.

Cook said he does not intend to ban teaching of specific historical events, and that he wouldn’t support lists of what would be allowed and what wouldn’t. Instead, he said the bill authors are seeking to ban the promotion of ideologies, and activities like role-playing that sort children into roles of the oppressor versus the oppressed.

Some of the ideas the bill would ban are that any student is superior or inferior to any other on the basis of their race, as well as the idea that they should feel guilt for the past actions of people who share their characteristics.

Smith said civil rights groups remain concerned that the bill would prevent teachers from taking a stand against racism. He called the answers he received from Cook “evasive.”

Smith said he believes Cook’s bill is intended to censor critical race theory, which states that racism is embedded in the policies of the U.S.

“Anyone with an open mind would know that,” Smith said.

He said that by trying to protect students from feeling uncomfortable, the bill would deny them a chance to learn higher-order thinking, or the ability to analyze and evaluate ideas.

Its proposal to allow parents to remove their children from lessons they object to would create “academic bedlam,” as teachers try to reconcile parents’ requests with academic standards.

House Bill 1134 passed the House Education Committee on an 8-5 vote with all four Democrats and one Republican, Rep. Ed Clere of New Albany, opposed. It now heads to the full House.

Other changes to the House bill approved Wednesday establish a 30-day limit for parents to file complaints about forbidden concepts in the classroom.

Educators could lose their licenses for violating the bill, but the amendment adds that those violations must be “willful” or “wanton,” to address concerns about frivolous complaints brought under the bill.

The bill also would not require teachers to submit lesson plans for a curriculum review committee to approve, after teachers testified in public comment that their plans were fluid and changed daily.

Lawmakers changed the makeup of those committees to specify that they must be composed of 60% parents, rather than 40%. However, no more than 50% of those parents could also be school district employees.

The committee also dropped the wording — the singular word “include” — that teachers feared could have prevented even neutral academic examination of controversial topics. But the bill still would ban teachers and schools from promoting eight banned concepts that it lists.