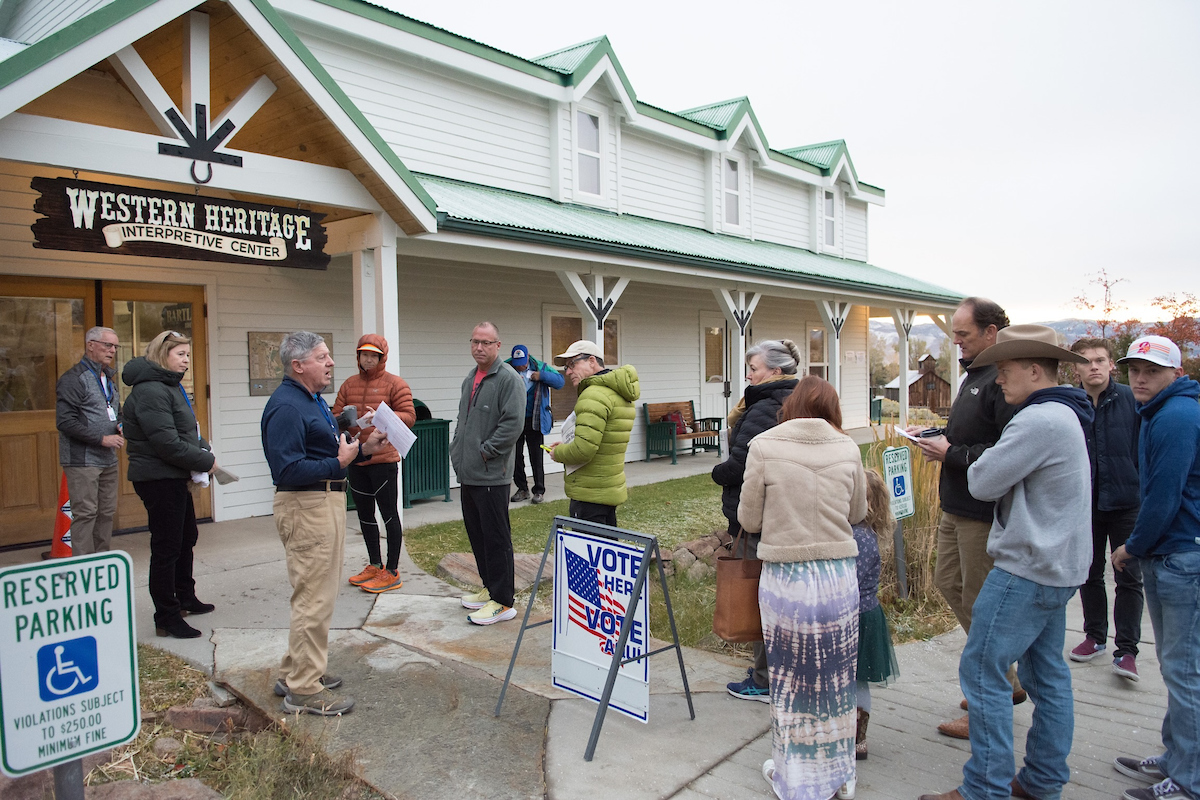 By a slim majority, Nevada voted in favor of a ballot question proposing to overhaul the Silver State’s election system through the implementation of open primaries and ranked-choice voting in general elections.

But another hurdle in the form of a second statewide vote in the 2024 election remains before the measure — known as Question 3 — could make Nevada the third state (after Maine and Alaska) to establish ranked-choice voting for statewide elections.

Question 3 passed with the support of more than 524,000 voters (or 53 percent), succeeding despite vehement opposition from the Nevada Republican Party and the state’s top Democratic officials, including Gov. Steve Sisolak and Sen. Catherine Cortez Masto. Support in populous Clark and Washoe counties propelled it to victory, though a majority of voters in all of the state’s rural counties (save Mineral County) opposed the measure.

Given the two-step process for approval, Nevada residents should expect to see continued messaging leading up to the 2024 general election.

Mike Draper, the communications director for Nevada Voters First, an in-state group supporting the measure, said that in the coming two years, the campaign will focus on educating voters about ranked-choice voting, open primaries and other changes proposed by the ballot measure.

“To see the voters of Nevada support a change in how we do our elections that … will provide more voice and choice to Nevadans was very gratifying and rewarding,” Draper said. “This was just the start. We have a lot more conversations to have.”

So far, Nevada Voters First has raised $19.5 million, primarily from out of state. A significant portion of the funds were donated by Chicago-based businesswoman Katherine Gehl, who founded the Institute for Political Innovation and pioneered the concept of Final-Five Voting, the model for Nevada’s Question 3. Gehl contributed $6 million dollars over the election cycle to the organization.

The most significant donors from within Nevada included the Nevada Realtors Association and Wynn Resorts, respectively donating $250,000 and $270,000 to the campaign.

Nevada Voters First poured the funding it received into millions of dollars worth of digital and television ads ahead of the midterm election. Draper said it will continue fundraising to support education efforts to get the measure passed in 2024.

Protect Your Vote Nevada, a Democrat-linked political action committee opposed to Question 3, raised nearly $1.6 million this year, including $300,000 in the third quarter, all from the Democratic-linked nonprofit Nevada Alliance.

What would Question 3 do?

The proposal aims to amend the Nevada Constitution and require that most partisan elections in Nevada move to a ranked-choice voting system. It would exclude the presidential election, but includes U.S. Senate and congressional races, legislative elections and statewide office positions.

If approved, primary elections in the state would open up to all voters regardless of party registration starting in the 2026 election cycle, with the top five vote-getters advancing to the general election. Rather than just selecting a lone candidate, voters in the general election could rank candidates by order of preference.

Voters would be allowed to mark up to five preferences among candidates but could also choose to rank only one candidate, or any number under five. Votes for “none of these candidates” would be required to be calculated, reported and made public but would “not be counted to elect or rank any candidates for partisan office.”

With the legislative session set to begin in February, Draper said he expects to discuss the measure with state lawmakers, especially if the Legislature considers any election or campaign reforms.  But he said he’s confident that the goals of the ballot initiative to give nonpartisans a say in primaries and offer more voice through ranked-choice voting will resonate with voters, especially after a campaign cycle filled with divisive rhetoric and blaming rather than policy positions.