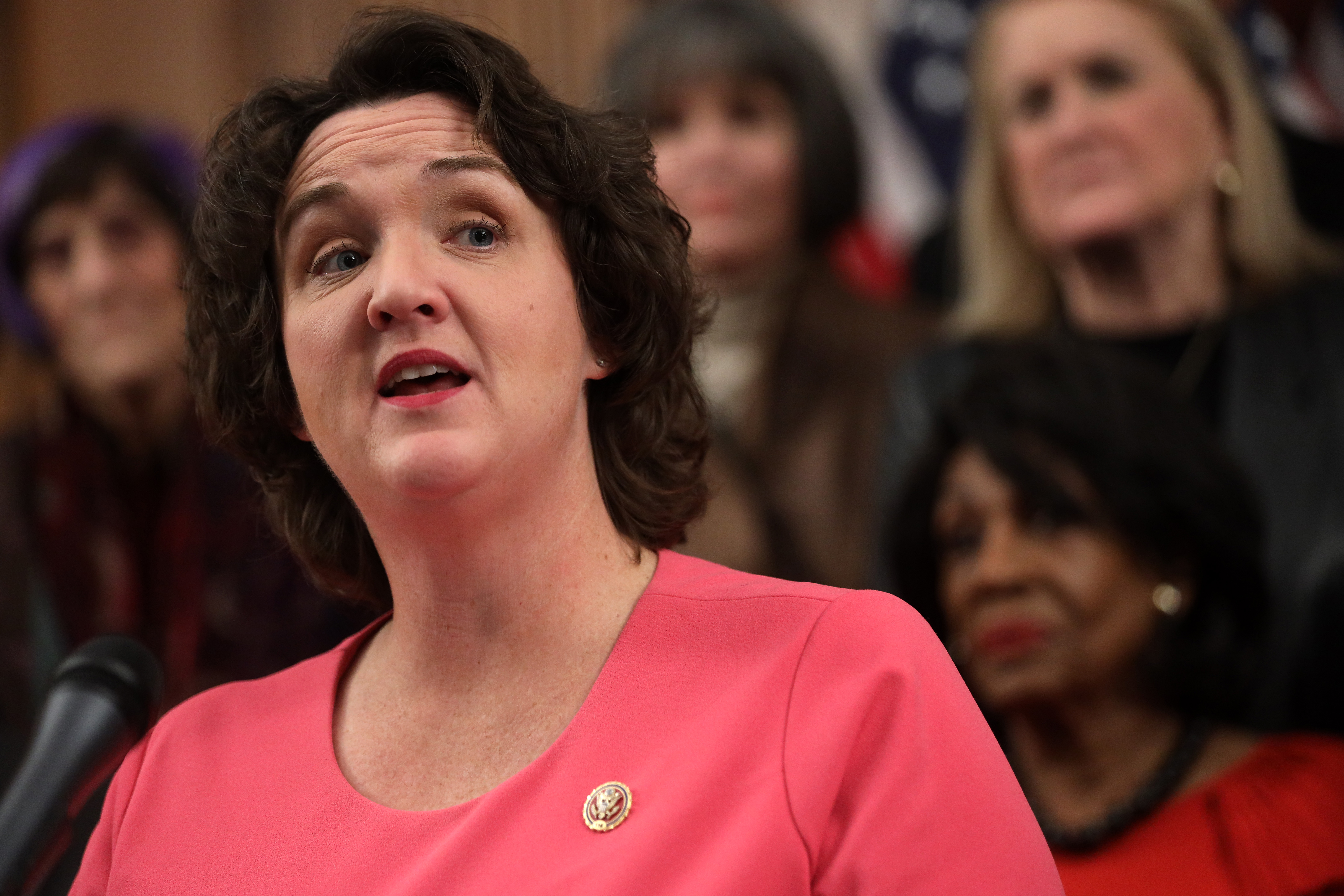 “Too often, Congress recognizes issues too late,” Porter, a top GOP target this fall in a swing district, said in an interview. “I had a colleague mention to me, ‘We’re not seeing it in the polls’ … Well, you don’t know what to ask.”

For Porter, the episode revealed how much work Democrats still need to do to assure voters they understand everyday anxieties, particularly inflation’s strain on family budgets. She’s not alone: Some Democrats have warned for months their party is falling short when it comes to communicating to an increasingly exasperated public.

And the same challenge of effective messaging exists on a very different issue, now that Roe v. Wade could fall at the Supreme Court within weeks. That threat to abortion rights is existential enough for many Democratic voters that it could drive midterm turnout, if the party can stay attuned to its base’s fierce energy.

But even Democrats’ own internal polling has confirmed they have problems with the way they talk to voters. And if they can’t improve their outreach, Porter and others are worried that the party’s chance to hold onto its slim majorities in November could evaporate.

“Conveying is part of it. But first, you have to see it. Voters are very quick to be able to sense when something is hollow rhetoric,” Porter said. “It’s not about just switching up your talking points. It’s about seeing the issues.”

Democrats have worked feverishly on more plans to tackle record price hikes: Speaker Nancy Pelosi is pushing to vote on a gas-prices package before Memorial Day. Members are holding town halls to tout their work on a manufacturing bill to help supply chain snags. State officials have proposed rebate checks for gas and slashing grocery taxes.

President Joe Biden, too, has sought to convey his urgency, calling inflation his “top domestic priority” at a Tuesday press conference. He spoke about his own childhood, how his family had a “kitchen table” discussion when gas or food prices went up. He told Americans, “I know you’ve been frustrated.”

But Biden also spent much of his time explaining the causes of inflation — using policy-heavy rhetoric that some Democrats who watched the speech compared to an economics lesson more than a political rallying cry. He echoed, as he did earlier this week at a private fundraiser in suburban Maryland, how little his administration can do to immediately fix the situation.

As one Democratic aide put it bleakly, on condition of anonymity: “If you’re explaining, you are losing.”

Inside the House Democratic Caucus, there’s been a concerted push for members to use the power of their own emotions and life experiences to galvanize support for policies in the Capitol. In February, for instance, Democrats took part in a session during the caucus’s messaging summit specifically around “storytelling” and “creating an authentic connection with voters,” featuring oral historian and StoryCorps founder, David Isay.

Democrats like Porter, meanwhile, have sought their own ways. She uses public hearings to unleash her anger at CEOs with the help of her internet-famous whiteboard, skewering executives on issues like drug costs and their own pay. (Her fans call it the “whiteboard of justice” and have put it on everything from T- shirts to pillows to bumper stickers).

Colleagues say Porter’s brash style resonates with voters, particularly liberals, who are often just as angry as she is. Pent-up frustration is exactly what many voters are feeling with the highest inflation in 40 years — and not all are enthusiastic to hear what Democrats are doing to fight the problem. They have more interest in seeing the results.

A few in the room during that Democratic caucus meeting said privately they were surprised by Porter’s emotional remarks about the price of food given her $174,000-a-year congressional salary. Porter’s annual pay is more than double the average American household income. But she’s also required to maintain homes in two of the most expensive areas in the nation: Washington, D.C. and Orange County, Calif. As a single mom flying back and forth across the country, that means the cost of child care, too.

“There’s a lot of shame around having to live on a budget or having to put food back at a grocery store, and I’m not ashamed,” Porter said. “I’m doing the very best I can to make the choices financially for my family.”

And Porter’s cost concerns — specifically pork prices — are hard for her colleagues to ignore. One Democratic House office has received so many calls from a constituent complaining about the cost of bacon that she was connected to a policy aide to talk about why it was suddenly so expensive.

But the woman had little interest in understanding the effects of meat consolidation. Instead, she simply urged the lawmaker’s office to get the price down, according to a person familiar with the conversations who requested anonymity to speak candidly.

Inflation has topped the list of Democrats’ biggest political vulnerabilities for the last year, in part because of the public shift on how to handle it. Biden and the party initially seemed to brush off cost worries, assuring the pain would be temporary. Biden’s chief of staff Ron Klain famously suggested it was a “high-class issue.”

Senior Democrats have since acknowledged that inflation is a highly complex economic problem, pointing to pandemic shutdowns, direct government payments approved to stave off poverty and, most recently, gas prices driven up by Russia’s war on Ukraine.

Kuster, who sits on the House Energy and Commerce panel, has been digging into antitrust concerns with oil companies to understand why gas jumped from $3.89 to $4.29 in her hometown in just a matter of weeks.

Still, the messaging whiffs aren’t a new problem. Before inflation, it was the pandemic: Democrats say their own party was too slow to talk about the effects of Covid lockdowns and school closures, more focused on policy debates on how to actually end the pandemic. When the party did ditch masks and social distancing, Republicans complained that it was mainly due to politically convenience. Some of the government’s policies felt like whiplash.

There’s one issue where Democrats believe they can use the power of storytelling to succeed, however: abortion rights.

Multiple Democrats in Congress, as well as candidates, are going public with their own stories related to abortion, some for the first time.

Rep. Barbara Lee (D-Calif.), recalled being shuttled to Juarez, Mexico for a “back alley” abortion when she was in 11th grade — long before the Roe decision.

The 75-year-old, who is so private that she doesn’t share her children’s names online, said she came forward with her story for the first time because of the significance of the court’s looming decision. She said since then, many members have “whispered stories to me.” She thinks it’ll have a similar effect on Americans more broadly.

“It’s like, ‘Oh, you’re just like me.’ You become a friend, where some don’t see us as that friendly,” Lee said with a laugh.