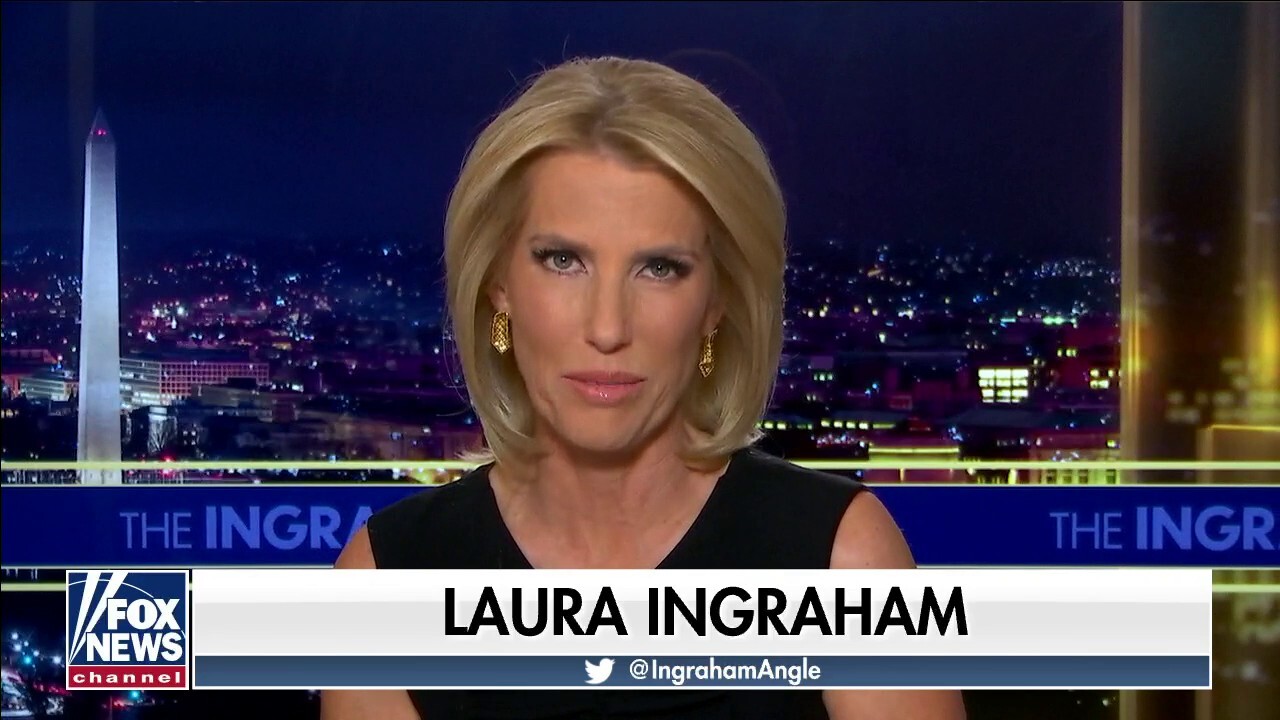 Pelosi’s propagandistic production was a blatant, cheap attempt to deflect attention from cascade of calamities piling up under her Democrat majority.

Laura Ingraham laid into “Cheney Democrats” for “not really trust[ing] democracy” Thursday on “The Ingraham Angle.”

Former Vice President Dick Cheney visited Congress on Thursday’s one-year anniversary of the Capitol riot, saying he is “deeply disappointed” in Congressional GOP leadership’s response to the events of Jan. 6. Cheney and his daughter, Rep. Liz Cheney, R-Wyo., were the only two Republicans seen Thursday at a moment of silence on the House floor led by House Speaker Nancy Pelosi, D-Calif.

“How weak these Cheney Democrats have proven themselves to be,” the Fox News host said. “They control all levers of power in America, and yet their message to the world is we can’t govern and our democracy is about to collapse. Once again, China has to be laughing. They’re doing its work.”

“[Members of the Bush-Cheney bipartisan regime] really care more about promoting democracy abroad than preserving it at home,” Ingraham said. “They’re the ones who don’t really trust democracy because they know that when the people get their way, it means things like border enforcement, ending unlimited immigration, keeping politics out of schools and protecting women’s sports. They simply can’t risk another repeat of 2016.”

Vice President Kamala Harris compared last year’s Capitol riot to the attack on Pearl Harbor and September 11 on Thursday. By contrast, in the wake of the George Floyd riots, “almost all of the Democrats’ … real emotion was reserved for George Floyd and his family and the protesters themselves,” Ingraham said. They characterized the riots as “courageous demonstrations infiltrated by perhaps a few bad apples.”

She dubbed them “the costliest civil unrest riots in the [United States’] history, with insured losses estimated at over $2 billion.”

“All of the emoting and hyperbole [were] really the last gasp of the old guard,” Ingraham said. “The dinosaurs of the Pelosi-Schumer age are about to go extinct. They know their political con game is coming to an end in November, and they’re so petrified that Trump or someone with similar views will win the presidency in 2024 that they’re even willing to team up with an old nemesis[, Dick Cheney].”

“Now today was just another act in their dramatic effort to save their dying species,” she remarked. “Yet none of it’s going to distract from their own failures on inflation, COVID, the border, these wars, [and] Afghanistan. And the GOP is never, ever going back to the Bush-Cheney playbook. No, thank you. To preserve democracy, you actually have to trust your people. But they don’t. And they’re ruthless.”