FIRST ON FOX: Liz Mathis, an Iowa state senator and a top House Democratic candidate, has repeatedly claimed over the last decade that she and her husband had a “family owned business” and that she is an “owner,” but the marketing and advertising firm that she claimed to have owned said she “has never been an owner or co-owner.”

AMPERAGE Marketing & Fundraising reached out to Fox News Digital Wednesday about a separate inquiry when a spokesperson revealed that the “Mathis family has never been an owner, and Mark Mathis is no longer an owner.”

When Fox News Digital followed up to inquire whether this included Liz Mathis, the public relations director said, “Correct, Liz Mathis has never been an owner or co-owner” and confirmed in a follow-up email that Mathis wasn’t an owner of the ME&V firm either before the 2014 merger that created AMPERAGE Marketing & Fundraising. 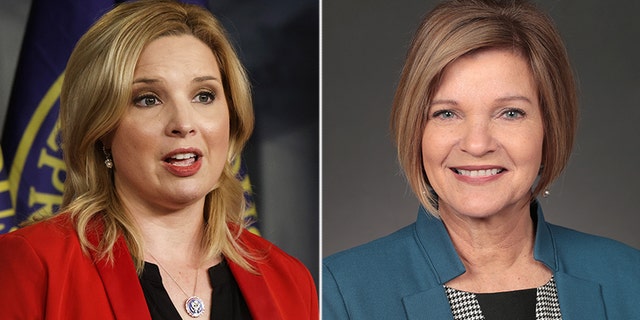 Mathis’s husband, Mark, stepped down from his ownership role spanning over two decades at the end of 2021 and is currently a “Special Projects Producer” at AMPERAGE.

Between 2011 and 2021, Mathis has portrayed herself as a business owner on at least two financial disclosures, Linkedin, a campaign website, and during an interview just last summer around the same time she announced her candidacy for Congress.

“Mark and I are–we own a family business, it’s an advertising agency and we have 40 employees. And so, he meets the same kind of challenges that I do. Everything could be on fire, but you have to prioritize,” Mathis said in a July 2021 interview on the Real Success with Nate Kaeding podcast.

On Mathis’s Linkedin profile, now-deleted sections listed her as the “Family Owner” of AMPERAGE and another section said she has “Family co-ownership.” The sections were deleted shortly after Fox News Digital published a piece on her last July.

As a state senator, Mathis repeatedly portrayed herself as a business “owner” or “co-owner,” writing on an archived campaign website from Jan. 2021 that she “and her husband Mark own a marketing and advertising company with offices in Cedar Falls, Cedar Rapids and Wausau, Wisconsin.” 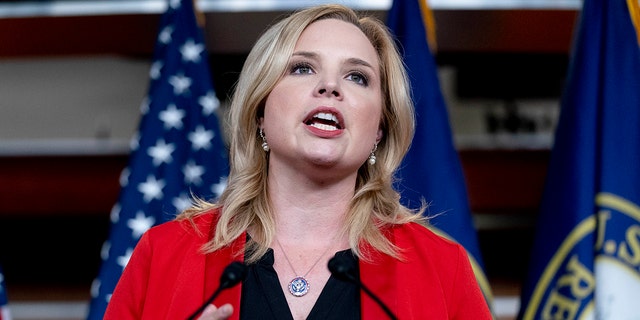 Prior to the 2014 merger that became AMPERAGE Marketing & Fundraising, Mathis’s husband, Mark, was the “owner” and partner of ME&V, which was billed as an “integrated marketing communications firm that delivers powerful results to its clients.” Liz Mathis also touted her ownership in this firm.

Fox News Digital reached out to Bryan Earnest, the “sole owner” of AMPERAGE Marking and Fundraising, and he appeared to confirm, during a brief Thursday phone call, what the public relations director previously told Fox News Digital, saying to the best of his knowledge Liz Mathis was never an owner or co-owner. Earnest has been with ME&V and AMPERAGE since 1996, the same year Mark Mathis became an owner at ME&V.

In her Iowa Legislature Statement of Economic Interest filed in 2012, Mathis lists herself as the “co-owner” of ME&V. In her 2011 campaign announcement for state senate, Mathis wrote, “We need new policies that will help our Main Street businesses thrive, bring in business and spur job growth in our local communities.  My husband and I have experienced that first-hand in our family’s business.”

In Mathis’s 2013 Iowa Legislature Statement of Economic Interest form, she calls ME&V a “Family Owned Business” in a section listed for “business, occupation, or profession” she is “engaged” in.

The Democratic Congressional Campaign Committee (DCCC) announced Mathis as one of their top-tier “Red to Blue” program candidates in March 2022. In addition to support from the DCCC, House Speaker Nancy Pelos’si, D-Calif., leadership PAC donated $5,000 to Mathis’s campaign in March. She also has received endorsements from many statewide candidates and lawmakers across Iowa.

Mathis, a former Iowa news anchor and reporter, announced last July that she was challenging freshman GOP Rep. Ashley Hinson, in Iowa’s Second Congressional District. During the first quarter of 2022, her campaign reported more than $715,000 in campaign contributions and nearly $2 million during the 2022 election cycle.

“Like our neck-and-neck poll results, our first-quarter fundraising is another sign that this campaign is building momentum to win,” Mathis said last month. “While Ashley Hinson’s campaign continues to burn through cash, our team is focused on building a campaign for the long haul.”

The Mathis campaign did not respond to Fox News Digital’s request for comment.