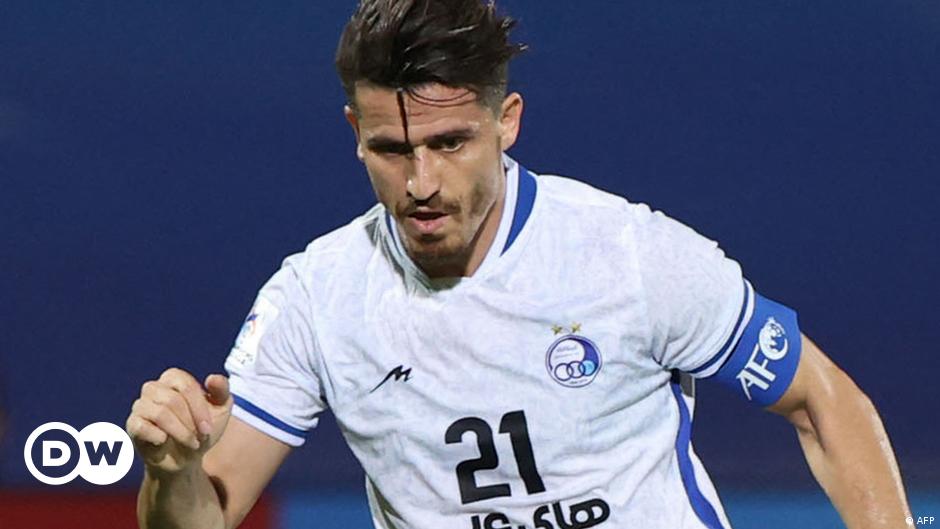 Ghafouri, a player of Kurdish origin, is one of Iran’s most prominent footballers. However, he was not chosen to go to the World Cup in Qatar this year.

His arrest comes amid scrutiny of the conduct of Iran’s national team in Qatar, where they refused to sing the national anthem in solidarity with anti-government protests.

The government has launched a violent crackdown on the demonstrations that have rocked Iran for the past two months.

To view this video please enable JavaScript, and consider upgrading to a web browser that supports HTML5 video

Why was Voria Ghafouri arrested?

According to Iranian state news agencies, Ghafouri was detained on charges of having “tarnished the reputation of the national team and spread propaganda against the state.”

He was arrested after a training session with his club Foolad Khuzestan.

Ghafouri has been a vocal critic of Iranian authorities throughout his career.

Notably, the athlete has long objected a ban on women spectators at men’s football matches, in addition to criticizing Tehran’s foreign policy.

He recently called for an end to a crackdown on demonstrations in Iran’s western Kurdistan region.

Ghafouri also expressed sympathy for the family of Jina Mahsa Amini, the 22-year-old woman whose death in the custody of Iran’s notorious morality police ignited the latest wave of protests.

Iran protests: Did they have an impact?

To view this video please enable JavaScript, and consider upgrading to a web browser that supports HTML5 video