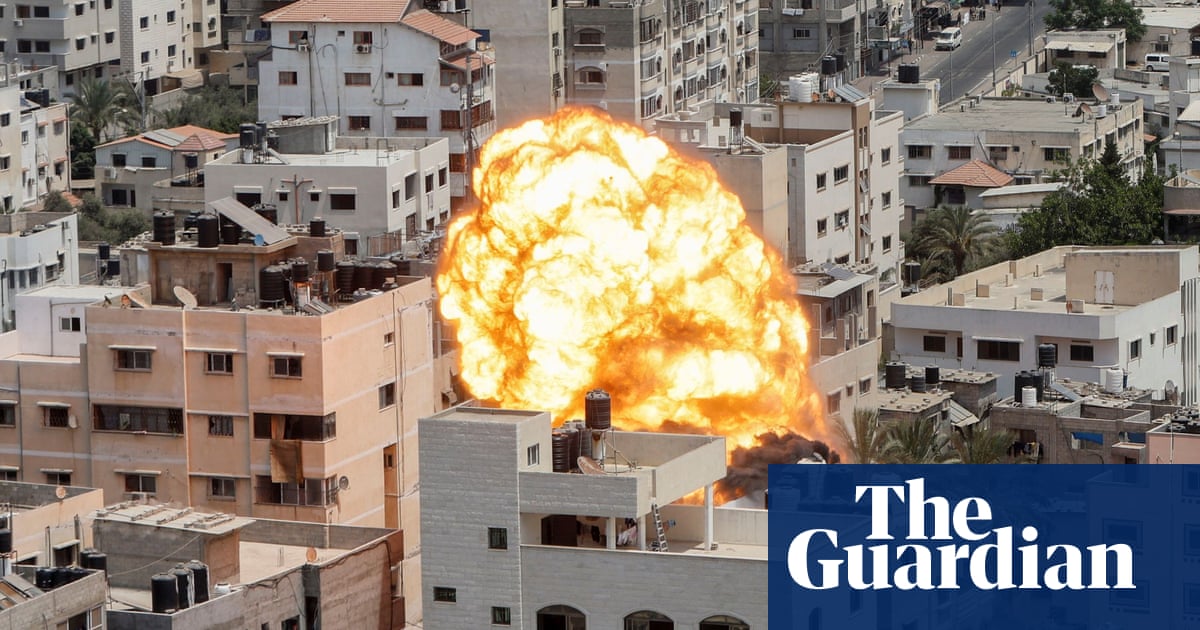 Israel has bombed the Gaza Strip for a second day in what it described as a “pre-emptive operation” against a Palestinian militant group, in the worst escalation of violence since last year’s 11-day war.

As exchanges of fire continued and Israel appeared to broaden the operation on Saturday morning, health authorities in the Palestinian coastal enclave said 12 people had been killed by Israeli airstrikes, including an Islamic Jihad commander, Tayseer Jabari, and civilians including a five-year-old girl and 22-year-old art student. Approximately 80 more people were injured.

Islamic Jihad called the initial Israeli bombardment a “declaration of war”, firing a barrage of at least 100 rockets into southern Israel on Friday night. There were no immediate reports of casualties or major damage, with many rockets intercepted by the Iron Dome aerial defence system, but 13 people were taken to hospital with minor injuries.

The hostilities have left people in Gaza afraid of another round of war, which would be the fourth serious conflict in Gaza since Hamas seized control of the strip in 2007. Israel and Egypt closed the strip’s borders a year later, leaving the area’s 2 million residents grappling with unemployment, crumbling medical infrastructure and little electricity and clean water.

Hamas announced its support for Islamic Jihad and said it would also respond to the strikes. “The resistance, with all its arms and military factions, is united in this campaign and will have the last word,” the group said in a statement.

Egypt, historically a mediator between Israel and armed groups in Gaza, said it had been informed by Israel that Breaking Dawn would be a smaller-scale assault, but no negotiations have yet been opened.

This weekend’s violence comes after days of tension sparked by the arrest of Bassem al-Saadi, Islamic Jihad’s top commander in the occupied West Bank. The IDF has conducted near-nightly raids across the West Bank since mid-March, in response to a wave of Palestinian terror attacks on Israeli citizens.

While Islamic Jihad did not launch rockets after Saadi’s arrest, Israel has insisted through the week that the group is seeking revenge, closing the Erez crossing used by Palestinians in Gaza to enter Israel, and shutting down roads and restricting movement of civilians in Israel’s south as a precaution.

Israeli tanks and armour were lined up along the frontier on Friday, after the military said on Thursday it was reinforcing its troops.

“Israel isn’t interested in a wider conflict in Gaza, but will not shy away from one either,” the Israeli prime minister, Yair Lapid, said in a televised address on Friday.

The Gaza Strip has remained relatively quiet since the war in May last year, which killed 256 people in Gaza and 14 people in Israel.

Israel elected a coalition government a month later that for the first time included members of an independent Arab-Israeli party, opposed to escalation with Palestinians. It also increased the number of work permits for Palestinians in Gaza to enter Israel in an attempt to alleviate the strip’s crushing poverty.

The short-lived coalition collapsed in June. Lapid, the caretaker prime minister, is preparing for elections on 1 November in which he faces pressure from Israel’s right wing to appear tough on terrorism.