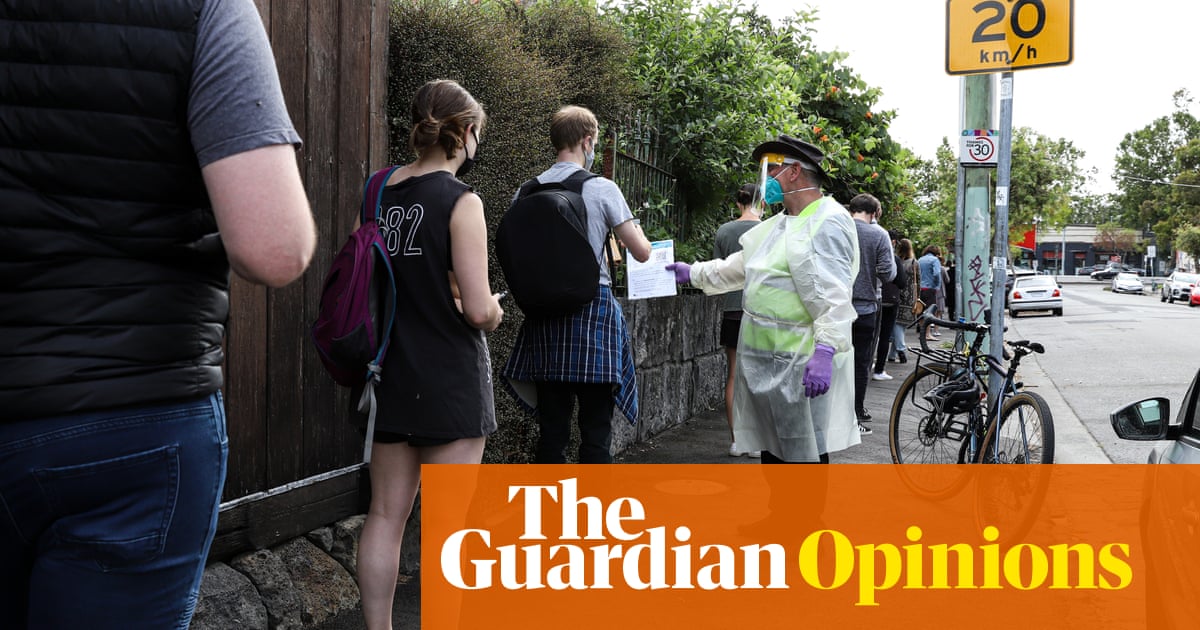 In a year whose emotional trajectory oscillated from a series of flatlines to over-the waterfall slumps, December arrived with the sounds of summer but little of its usual carefree joy.

The first Ashes Test of early December brought with it the opening soundtrack; the clop of willow on ball and droll commentary echoed through the house while I worked through the year’s final tasks.

For weeks the main sound of “normality” – the flight path above our house – had been re-busying, the drone of aircraft engines blotting out the morning call of birdsong that had become one of the glorious upsides of lockdown, together with a cleaner harbour and skies. Travellers were coming back to this city just as we were tentatively setting foot in the coffee shops and pubs and eateries that had miraculously survived almost two years of pandemic austerity. You could hear the distant heartbeat, sense the quickening pulse, again.

But then the spectre of Omicron arrived in Australia with the cricket whose languid, soothing sounds, it transpired, were deceptive of the new anxiety that now grips us. Suddenly, everything was cancelled again. Managers were sending their staff to work at home. Christmas parties were called off.

Get-togethers. Restaurant bookings. Catch-ups with mates at the pub. All no longer happening. And all this, just when we thought it may no longer be necessary to dwell eternally in the present – that it was safe, perhaps, to start seriously contemplating, even pencilling in, the future without succumbing to anxiety.

The new self-imposed lockdown finds irony in its coincidence with a blatantly polling-driven message from a desperate prime minister that Australians are at once sick of having governments tell them what to do and should exercise personal responsibility to combat the latest variant.

While it’s evident that more of us don’t necessarily want federal and state governments to reverse the government-community onus of responsibility on pandemic public health measures, it’s increasingly apparent more of us most definitely do want his government out of our lives.

I also get a distinct feeling I’m not alone in finding thoroughly galling a PM who accepts liability for so damned little (not the delayed vaccine and now booster roll-out, not the knowledge within his government of an alleged rape in the executive wing of parliament, not all the other ministerial impropriety on his watch) hectoring me about what we want while urging us to take personal responsibility?

If he’s picking up on a vibe that people are sick of – and sickened by – politics he’s probably spot-on. The quieter atmospherics of a pandemic lockdown had a way of amplifying this year’s scandalous and shameful federal government shit-show – a ruckus that would ordinarily be heard above the din of a category five cyclone.

But do most people really want governments out of their lives, especially in life-threatening pandemic times? Or do they actually want governments and leaders who are competent, above all honest and more concerned with public safety than the libertarian outliers they pander to in order to retain power? No. Yes.

Governing competently, responsibly and for the most part relatively under-the-radar, is always desirable. Attempting invisibility, doing little even in such an emergency, because voters are sick-to-death of your scandalous bullshit, quite another.

This time last year I wrote about the importance of hope. About how I bought a colourful desk diary and began planning the year: social events, trips interstate to see families, research travel, live theatre and music, holidays. It seems misguided given all that’s happened since.

Time compressed. The world, the country – even the neighbourhood – shrunk. Some delights emerged, however, through the simple beauty of routine, albeit often monotonous, amid the concentrated household company of family and dogs – the four legs, whose delight at the endless companionship grew along with their humans’ ballooning claustrophobia.

Like most I’m a hostage to the calendar and clock, succoured somehow, even now – amid all portents to the contrary – by some faith that 1 January and the (utilitarian, week-per-page and empty) 2022 diary on my desk holds some promise.

Living in the now, I’m assured, is a surefire way to avoid the anxiety which roots itself in our fears of unknown future. But that can seem impossible. Not least when you have the future of others, especially the vulnerable elderly and the young, so firmly in mind. The young, with all their remarkable resilience, who just lost another year at school, whose federal government refuses to act in their interests on climate change mitigation amid ever more distressing signs of ecological catastrophe.

(As it happened, the sound of summer – the Ashes – coincided this year with news 124 Australian species, including the bogong moth, had been added to the endangered species list.)

The young, who switched off the politics of nothingness so long before their elders began to do so.

That is why merely investing in hope for them right now, somehow, feels inappropriately passive.

It’s well past time to engage and act. That’s why at this stage 2022 would seem to have one thing going for it: it’s a federal election year.