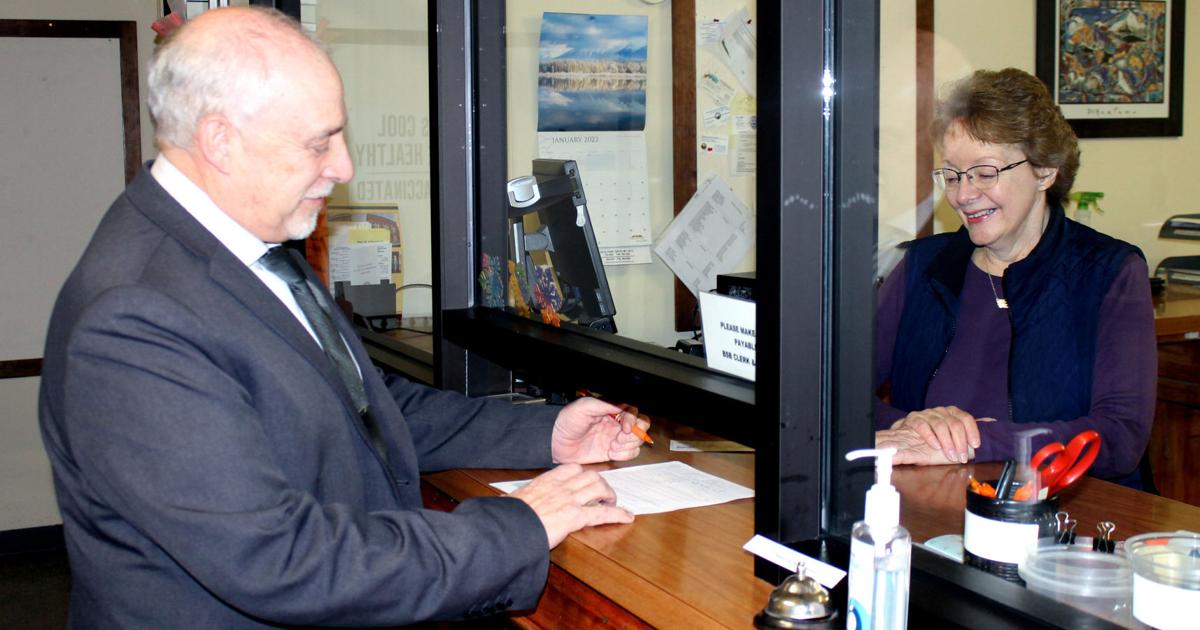 Minutes before the 2022 election season officially opened at 8 a.m. Thursday, Justice of the Peace Ben Pezdark was at the Butte-Silver Bow Courthouse to file for re-election.

“I truly want to continue with this position,” said Pezdark, who served in the post from 2013 to 2016 and was elected again in November 2018. “By the end of this year I will have eight years of experience, multiple trainings, and I know how to do this job.

“There’s nothing I’d rather do every morning than get up and come here and be a judge for Silver Bow County.”

Justice of the Peace and six of 12 seats on the Council of Commissioners are among the locally elected positions on the ballot in Butte-Silver Bow this year. The council positions include the District 11 seat held by Cindi Shaw since she was first elected in 2006.

In 2010, 2014 and 2018, she was at the Clerk and Recorder’s Office early when the filing period opened, but not this time. She has decided not to seek a fifth term representing a northern swath of Uptown Butte and some areas to the northwest.

“This is the first time in years that I didn’t go to the courthouse at 8 o’clock in the morning and be the first one to file, and it just felt weird,” said Shaw, who is serving her second stint as council chair, a leadership post chosen by fellow commissioners.

Three incumbent commissioners had filed for re-election as of 4:45 p.m.  Thursday, the first day of a two-month filing season: Michele Shea in District 2, Josh O’Neill in District 7 and Eric Mankins in District 9. The other seats on the ballot are District 1, held now by Shawn Fredrickson, and District 10 held by Bill Andersen.

There are two justices of the peace in Butte-Silver Bow. The other position is held by Jimm Kilmer but it won’t be on the ballot again until 2024.

This is a light, local election year in Butte-Silver Bow, since most countywide offices were on the ballot in 2020 and have four-year terms. They include chief executive, county attorney and sheriff.

There are some school board and volunteer fire department trustee positions on the local ballot.

All 100 seats in the Montana House of Representatives and half of the state Senate seats are up for election this year, as are two U.S. House seats. Montana gained a congressional seat this year so there are now two in Montana.

Butte-Silver Bow County is in the state’s “first” congressional district, which covers roughly the western third of Montana. Also included are Anaconda-Deer Lodge, Beaverhead, Granite, Powell and Madison counties. Jefferson County is in the 2nd District.

Candidates for legislative offices file with the state and as of 4:45 p.m. Thursday, three incumbents from Butte-Silver Bow or surrounding counties had filed. They were Butte Democrats Derek Harvey in House District 74 and Donavon Hawk in House District 76, and Republican Rep. Ken Walsh of Twin Bridges in House District 71 covering Madison County.

Jim Keane, incumbent in House District 73, said Thursday he is not seeking reelection.

Shaw has been a commissioner since 2006 and before that, served two years on a committee that did an extensive study of local government here, including the charter that defines its powers and structure.

Shaw, 74, has been strongly engaged in local government since then, serving on numerous boards, attending hundreds of board and committee meetings over the years and fielding countless phone calls from constituents.

“The thing I most enjoy is helping people,” she said.

She served a previous four-year term as council chairwoman and last year was chosen to serve a two-year term. Of her 16 years on council, 12 have been as chair or vice chair.

Shaw said there were several reasons she decided not to seek another term.

“I love what I do. That has not changed,” she said. “But you know, I have other things I would like to dive into as far as other interests. I’m a musician, I have a gardening business in the summertime and I have a partner and he and I have been doing a lot more things together since he retired last year.”

The filing period runs through March 14.