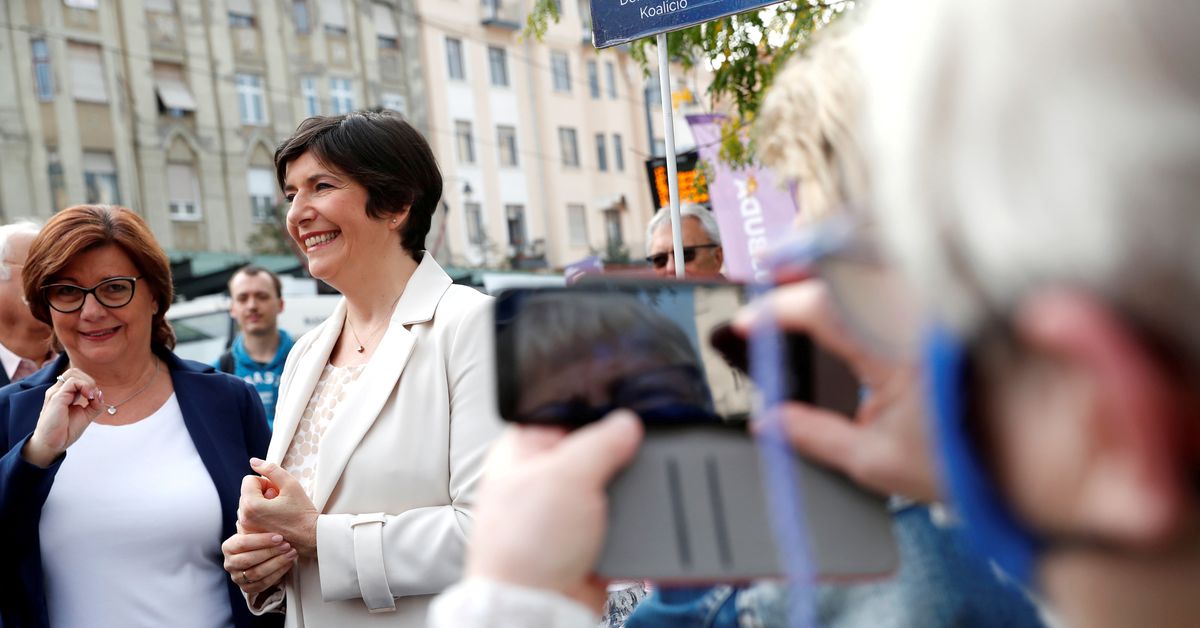 BUDAPEST, Oct 6 (Reuters) – The leading candidate to spearhead the opposition challenge to Prime Minister Viktor Orban in Hungary’s parliamentary elections said on Wednesday the contest would be about “Orban or Europe”, with Hungary’s access to European Union funds at stake.

In next year’s vote the nationalist Orban will, for the first time since he came to power in 2010, face a united front of opposition parties that includes the Socialists, the liberals and the formerly far-right – and now centre-right – Jobbik.

Klara Dobrev, a 49-year-old lawyer and economist, won the first round of a primary to head a joint opposition bid to unseat Orban in the 2022 elections, raising the prospect of her becoming Hungary’s first female prime minister.

A vice president of the European Parliament, Dobrev told reporters that Orban’s clashes with Brussels have gone beyond a “point of no return” and if he does not fundamentally change his policies, Hungary will lose EU funds.

“Next April’s election will be about Orban or Europe … if you would like to remain in Europe you need to vote for the united opposition,” said Dobrev, who is the leftist Democratic Coalition’s candidate in the opposition primary.

Orban, while stating that Hungary’s interest was to remain member of a strong EU, has repeatedly clashed with Brussels over his government’s policies including on media freedoms and migration and has argued against ceding more powers to Brussels.

The second round of the primary will take place between Oct. 10 and 16.

Access to billions of euros from an EU recovery fund is vital for Hungary’s economy, but transfers to Hungary and Poland from the fund have been delayed due to rule of law concerns.

Reporting by Anita Komuves and Krisztina Than, Editing by William Maclean

Forest Lake Precinct 5 likely to be split for 2022 election - ECM Publishers
Dark Money' Is Funding The 2020 Election Challenge — And Could Challenge 2024 | Stanford Law School ...
This may be the Democrats' last chance to recover working-class Whites - CNN