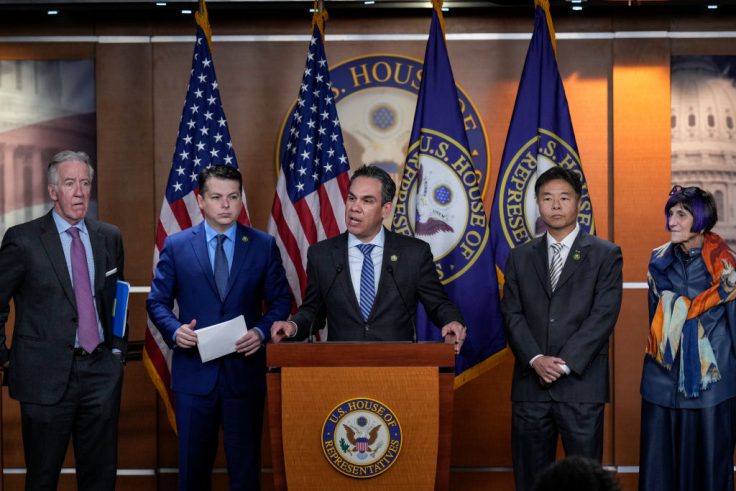 A slim Republican majority and a speaker of the House weakened by concessions made to anti-establishment conservatives could give Democrats an opening to push through immigration reform this year, senior Republican aides and left-wing immigration activists told the Washington Free Beacon.

House Democrats could force a vote on a bill giving citizenship to “dreamers”—illegal immigrants who arrived in the United States as children—residency to millions of illegal immigrants, an expansion of work visas for foreigners, and other wish-list items using a parliamentary maneuver called a discharge petition. In other words, House Democrats could make an alliance with just five moderate Republicans and pass the first major piece of immigration reform since 2000.

This would be a nightmare scenario for border hawks and Republicans who campaigned against President Joe Biden’s immigration policies, which they blame for the millions of illegal crossings on the southern border since he took office. Left-wing activists are pushing for such a scenario and see the discharge petition as a way to get a more radical bill than should be possible in a Republican-controlled House. Some border hawks and senior Republican staffers see that outcome as a distinct possibility, citing anger from the Democratic base and a push from business groups.

“It’s totally possible. Current House GOP immigration plans don’t have broad buy-in from the rest of the party right now anyway,” a senior Republican aide told the Free Beacon. “The chances only increase if the Supreme Court rules against Biden on Title 42 and [the DREAMer program].”

Should the House pass an immigration reform bill, Senate Democrats, who hold a majority, could change filibuster rules—or find nine Republicans who support the law as they did with a number of bills since 2021, including the Respect for Marriage Act and the infrastructure law—and send it to Biden’s desk.

House Republicans are divided on how to best tackle immigration reform. Texas Republicans unveiled a framework in December focused on building a border wall and enhancing domestic enforcement. That plan, Republican sources told the Free Beacon, is unlikely to pass.

But passing an amnesty bill through the House would only require a buy-in from five House Republicans. A few dozen moderate Republicans have already signaled openness to working with Democrats on immigration reform by signing on to narrowly tailored amnesty bills in 2021. A discharge petition would allow a bill to move to the floor for a vote after 218 members sign on in favor, bypassing the traditional route where House leadership and the Rules Committee control which legislation comes up for a vote and when.

This scenario played out in 2018, when over a dozen Republican moderates signed on to a discharge petition to override Republican leadership and force votes on immigration, including bills to prevent the deportation of illegal immigrants who arrived in the United States as children.

Then-speaker Paul Ryan (R., Wis.) managed to curb the rebellion by promising a vote on compromise legislation hashed out within the party. That bill failed after it was voted down by half the Republican caucus and every House Democrat. Compromise legislation would be more difficult for House Speaker Kevin McCarthy (R., Calif.), who has less control over which bills make it to a floor vote after giving immigration hardliners on the House Freedom Caucus seats on the House Rules Committee, where they can effectively block bills from being considered.

A number of House Republicans have shown openness to working with Democrats on immigration amnesty issues. In 2021, 9 Republicans voted in favor of the American Dream and Promise Act and 30 voted for the Farm Workforce Modernization Act, both Democratic-sponsored bills that provided pathways to citizenship for immigrants in the United States illegally. Both bills ultimately died in the Senate.

Immigration activists who spoke with the Free Beacon supported the idea of using a discharge petition to force through immigration reform. Lydia Guzman, who works as the director of advocacy and civic engagement at the left-wing pro-immigration group League of United Latin American Citizens, said her organization plans on pressuring both Republicans and Democrats to reach a deal in the new Congress.

“[A discharge petition] is on our radar, and we’re glad to see that Republicans are looking at immigration reform seriously. I think this is a golden opportunity for them to be leaders on this,” Guzman told the Free Beacon. “We have been pushing and have been advocating for reforms for decades. We can accomplish this.”

If Senate Dems can’t get enough Republicans on board, they could also modify the filibuster to get the bill past the finish line. One Democrat seen as a key vote to change the procedure, Sen. Joe Manchin (D., W. Va.), has said he’d be willing to make it so senators must speak for the length of the filibuster on the floor. Such a change would allow bills to pass with a simple majority after all opposing lawmakers finish their remarks.

Manchin has also said Republicans and Democrats must work together on immigration reform as recently as December. In an interview with CBS, he said “West Virginia needs more workers” and called on the Senate to work on a bill.

Around the same time as those remarks, reports surfaced that some Senate Republicans were working on an immigration deal with Democrats. According to the Washington Post, Sen. Thom Tillis (R., N.C.) was working with Sen. Kyrsten Sinema (D., Ariz.) on a bill that would offer a pathway to citizenship for two million “dreamers.”

RJ Hauman, lead lobbyist with the Federation for American Immigration Reform, a group that advocates for restrictions on illegal immigration, said his group is “a bit concerned with the threat of amnesty due to a slim [Republican] majority and a more open floor process.”

But he added that “Democrat extremism on the immigration issue could be a saving grace,” arguing that many Democrats are likely to object to a bill that includes border security provisions supported by Republicans.

“There is zero chance that the entire Democratic caucus would unite behind a discharge petition that contains any border security provisions—even if a mass amnesty is included,” said Hauman. “There are some Republicans like Rep. [Maria] Salazar [of Florida] who relish the idea of amnesty, but even they recognize that border security is the top priority right now.”